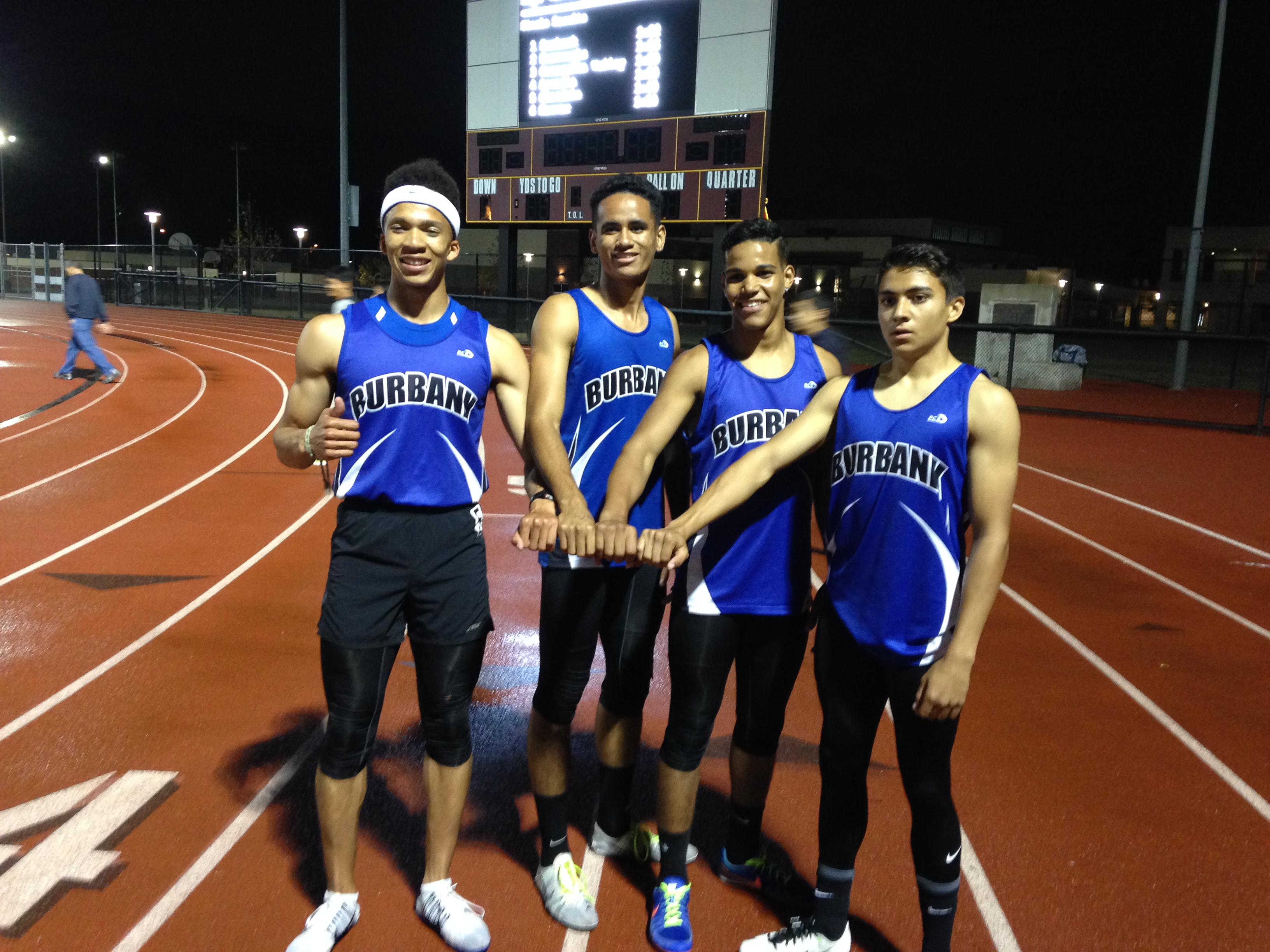 The conditions were certainly not the norm for the Pacific League track and field finals at Arcadia High.

Rain caused a wet track. In the end, some felt lucky to advance to the CIF Southern Section preliminaries still at full strength. Burbank and Burroughs highs both had plenty of competitors move on.

Burbank started off by winning the 4 x 100 as the team of Martin Swan, Noah Powell, Joey Miller and Byron Hopson won in a hand-timed 42.9 seconds.

Burroughs’ Jagdeep Chahal qualified for CIF after finishing second in the boys’ 1,600 behind Arcadia’s Phillip Rocha, who is one of the best in the nation.  The sophomore finished in 4:28.0.

Burroughs sophomore Emily Virtue qualified for CIF in the girls’ 1,600 after finishing third in 5:13.0.

In the girls’ 400 Burbank’s Haleigh Cusumano took second (58.7) to advance. She broke the school record in the event in the preliminaries by running 57.92.

Burbank and Burroughs both advanced in the boys’ 4 x 400 relay.

The Bulldogs team of Swan, Miller, Noah Powell and Cantong won in 3:22.4.

The field events were conducted Thursday in light of the expected rain on Friday.

Burroughs swept the top three spots in the pole vault, with all three advancing to CIF competition.