At approximately 6:30 P.M. on Sunday evening two armed robbers entered the ATM Wireless store at Magnolia Glenoaks making off with the store’s inventory and on-hand cash. 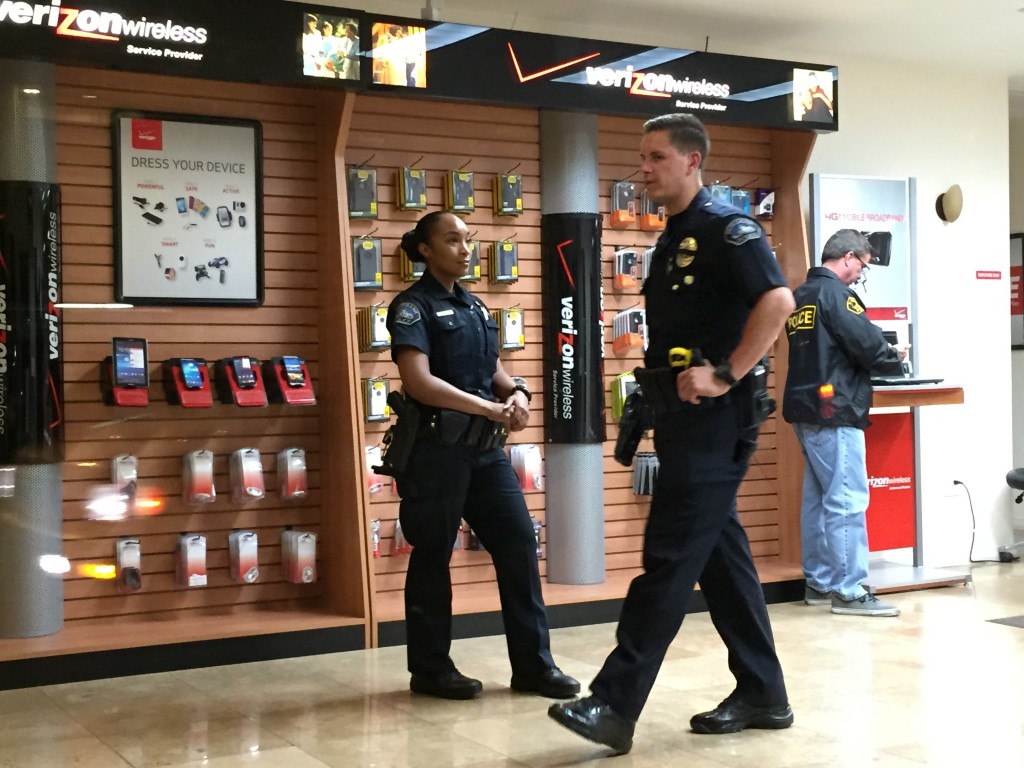 According to an employee who was working at the store, the two men, identified as very tall African Americans, entered the store and asked if they did repairs.  One of the men then pulled out a gun, and forced the employee and a customer on the floor behind the counter. Both were then secured with duct tape, and the men continued to collect the valuable inventory and cash.

The employee noted there was a third African American man waiting outside in a car as a driver for the suspects.

The store’s owner stated the store’s security cameras caught the suspects, and is currently in the hands of Burbank Police detectives.  That video will be released to local media outlets after review and processing by the police.

The employee, while visibly angered by the incident, was not hurt or injured during the theft, nor was the customer who was also tied up by the suspects.

If you have any information or witnessed the robbery, please contact the Burbank Police at (818) 238-3000.