The Burbank on Parade committee pays homage to the Media City with this year’s theme “Let’s Go To The Movies!” This 32nd annual community celebration begins at 11 a.m. Saturday, April 6. Civic leaders, celebrities, bands, equestrian units and community groups will ride, march or trot down Olive Avenue from Keystone Street to Lomita Street.

Keeping true to its entertainment theme, the parade will have a glitzy opening, said Creative Director Wayne Poirier. Jonathan Goldman and The Big Band Swing Express performs along with some of the best swing dance couples from the area, dancing to popular movie theme songs. The BURBANK letters will depict a drive-in theater screen. Several classic cars and a moving film strip complete the opening show.
“Participants will be encouraged to dress up as their favorite movie stars and re-enact their favorite movies,” Poirier said. “The possibilities are truly unlimited and so we can expect the floats, marching bands, equestrians, and everyone to embrace this theme and have a great time.” 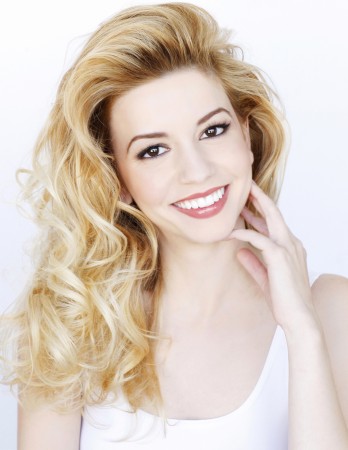 One of the local celebrities confirmed to appear in the parade is Masiela Lusha, who played the rebellious teenage daughter on the Warner Bros. TV series “George Lopez”. Her film credits include “Time of the Comet” and Sony Picture’s “Blood: The Last Vampire”. She has produced two films with her own production company Illuminary Pictures.

Her latest film, “Orc Wars”, is set for release this spring. She plays the lead role of Princess Aleya, the last remaining elven warrior, and performs a series of choreographed martial arts moves. The production was filmed in Utah.
Lusha, who lives in Burbank, will be a welcomed addition to help the committee carry out the movie theme, said Parade Chairwoman Joanne Miller.
“We couldn’t be more excited for Masiela Lusha to be joining us for Burbank On Parade’s 32nd annual parade,” Miller said. “We are hoping to attract movie and TV aficionados from all over the community and Masiela will certainly help us attain that goal.”
Parade organizers expect 30,000 spectators will be waving, cheering and helping to celebrate this unique and diverse community. Familiar characters, Bob’s Big Boy and Ronald McDonald, will join dancers, clowns, floats, marching bands and equestrian entries to make this year’s event fun for all ages, Miller said.
“Burbank on Parade is our city’s only event geared to everyone in the family,” she said. “So many citizens wait all year long to share this special day with us and we hope to live up to those expectations with this year’s production. This year’s theme ‘Let’s Go To The Movies’ depicts perfectly what life is like living here in the midst of the Media Center.”Burbank on Parade is a nonprofit 501(c)(3) organization, run solely by volunteers. All donations go to the costs of putting on the parade for the whole community’s enjoyment. For more information, visit www.burbankonparade.com or call the parade hotline at (818) 562-7801.