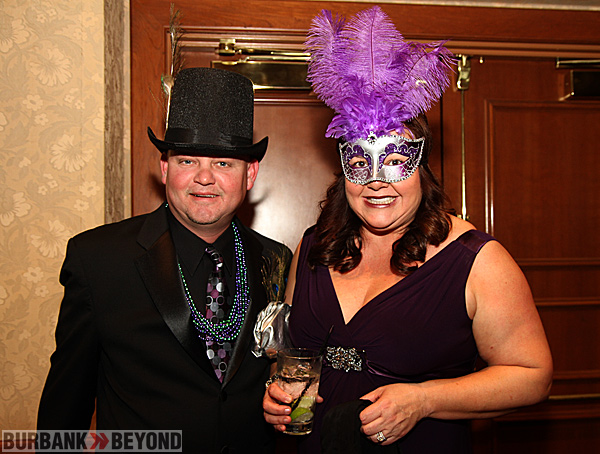 Mike Thomas Chamber Treasure, and his wife Jamie Keyser of The Walt Disney Company.(Photo by Ross A. Benson)

The Burbank Chamber of Commerce held it’s yearly Gala event this past weekend at The Sheraton Universal’s Grand Ballroom, and the theme was Party Gras.  There were masks, beads and plenty of color.

The evening started off with a silent auction with tickets to ball games, trips to anywhere in the United States and hundreds of other items, plus a cheese spread.   Guests were able to have their portrait pictures taken before they entered.

Once the doors to the main ballroom opened, there were several Vegas style gambling tables set up for the evening’s fun and entertainment. Dinner tables of 10 were paid for by major Sponsors such as The French Quarter, which was hosted by the Walt

The most 'Crazy' mask of the evening worn by Max Andrews as it's admired by Karen Volpe. (Photo by Ross A. Benson) 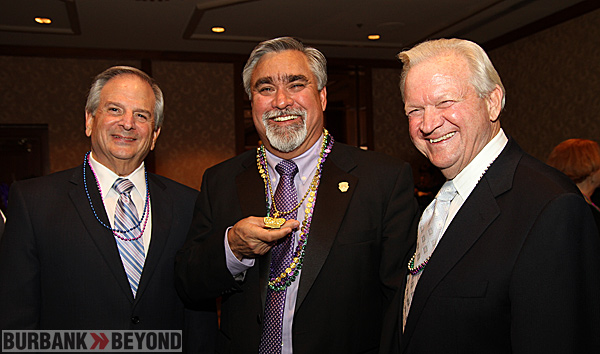 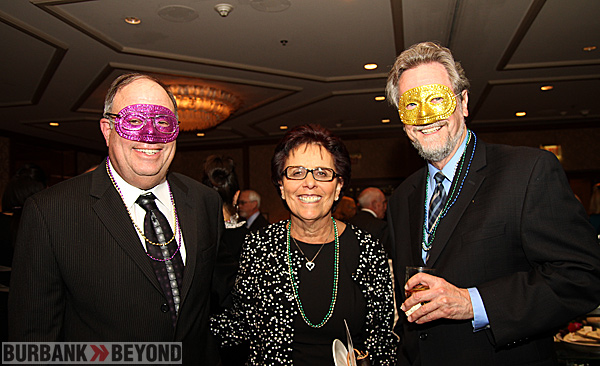