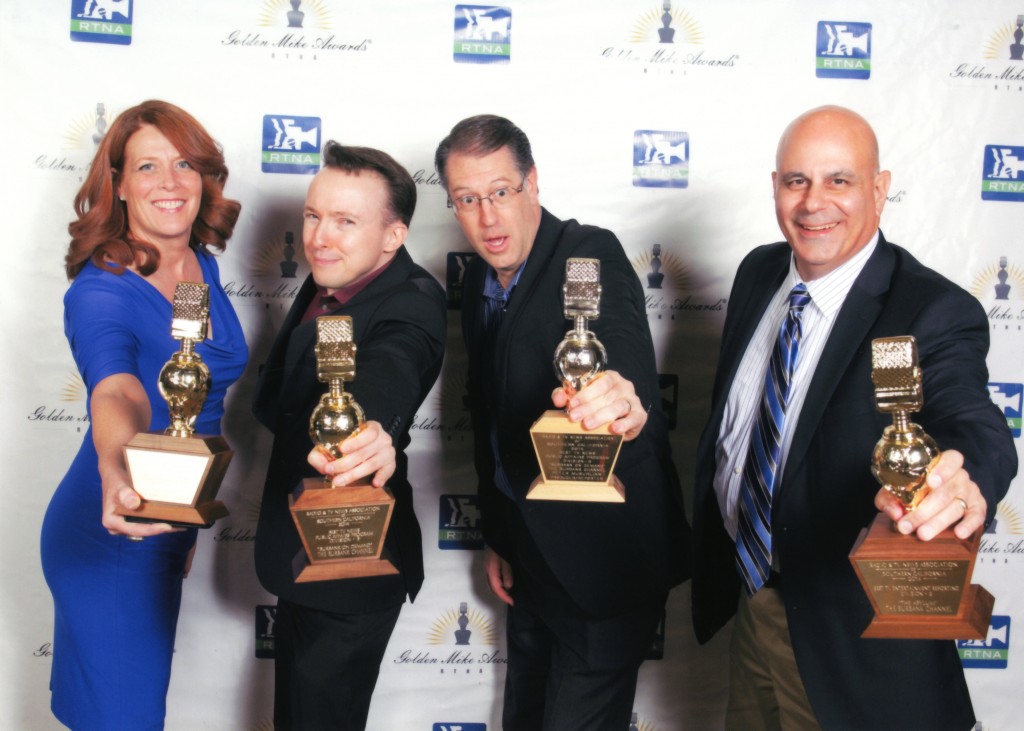 The RTNA selected the City’s magazine-style show, Burbank On Demand, as Best News Public Affairs Program (Div. B) for 2014. The show, which debuted in April, 2013, features City of Burbank services and unique stories regarding people and places in the Media Capital of the World. The award winning entry included stories on twin sisters who wrote a book about Burbank history, suggestions on how to manage the drought, police tips to avoid car burglaries, and a tour of the Burbank Historical Society’s unique museum.

In addition, TBC Station Manager/Sr. Producer Peter Musurlian earned a pair of Golden Mike awards for two stories featured in Burbank On Demand. The RTNA honored Musurlian for Best Entertainment Reporting (Div. B) for “The Asylum,” a piece on Burbank based film company, the “Asylum,” best known for producing campy movies such as “Sharknado.”

Musurlian’s story “The Pointe,” which won in the category of Best Business and Consumer Reporting (Div. B), focused on the success of a high rise building in the city’s Media District that is thriving despite opening its doors during The Great Recession.

“The Pointe” Best Business and Consumer Reporting (Div. B) (Burbank On Demand, aired 2014)

The Burbank Channel can be seen via Charter Cablevision on Channel 6 in Burbank and Channel 16 in Glendale; via AT&T U-verse on Channel 99; and via live streaming on the City’s website burbankca.gov.