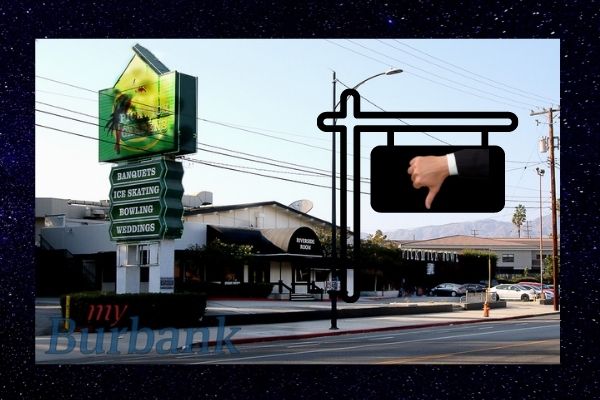 During a special meeting held on Monday, April 18, the Burbank City Council voted to deny the housing project planned at the Pickwick Bowl and Gardens property.

After hearing from the developer of the proposal, listening to public opinion, and analyzing the subject over a discussion lasting nearly five hours, this decision was confirmed with a 5-0 vote. The Councilmembers’ votes adopted a resolution of disapproval that was outlined under the guidance of City Attorney Joe McDougall.

Matt Waken of MW Investment Group, the corporation behind the development, spoke to the council at the start of the meeting. He explained that, when this project began just over a year ago, MW Investment Group analyzed the development plans that were attempted at the Pickwick property in 2017. Following this process, their team designed a 96-unit multifamily housing proposal they believe to be fitting for the Rancho District. In November 2021, the city determined the plan was eligible for Senate Bill 35, a measure intended to streamline California housing construction in areas where local housing goals have not been met.

“Ultimately, the project that was presented before you and that we submitted under SB 35 is what we feel is very appropriate for the site,” Waken said before the council.

Scott Birkey, an attorney of Cox, Castle & Nicholson who represents the Pickwick project, also addressed the council at the beginning of the meeting. Birkey stated that Commercial Recreation zoning, the classification of the Pickwick location, allows for the project to proceed without discretionary approval under the terms of SB 35. Next citing the California Housing Accountability Act, Birkey expressed that legal action could result if the project was to be denied by the council.

“A housing development project that’s consistent with objective standards can only be denied pursuant to certain findings,” Birkey said. “An improper denial of the project … based on, for example, an erroneous interpretation that the general plan or zoning do not allow for residential uses, puts the city at significant risk of litigation, potentially resulting in a court order mandating that the city approve the project and that the city pays for the costs of that litigation.”

A public hearing followed this intro, which included input from former Burbank Mayor and City Councilmember Emily Gabel-Luddy. Gabel-Luddy submitted a letter to the council detailing the argument of how the proposal conflicts with Burbank land-use guidelines.

“The letter laid out the reasons why the project is not qualified for ministerial processing under SB 35 because it is inconsistent with the city’s adopted plans and policies, some of which city staff already raised on other projects in the immediate vicinity,” Gabel-Luddy said. “We also described the health and safety impacts of the project … We were particularly concerned with equestrian safety, given the horse-keeping zoning and facilities surrounding the property.”

After receiving input from the public, Councilmember Sharon Springer stated that several factors make the project ineligible for approval in its current form. These include improper land use designation practices, density and street widening plans that violate the Burbank General Plan, and contradictions to the city’s Complete Streets Plan. She says that, in order for the development to move forward in accordance with the city’s guidelines, the developer would have to go through traditional land use procedures.

“Because the Pickwick site has a non-residential land use designation and residential use is prohibited, the option available to this developer and any other developer is the Burbank ordinary practice of a General Plan Amendment, Planned Development and Development Agreement process,” Springer said. “Appropriate density and other mitigations for health, safety and public welfare are decided within the process.”

Excerpts from a February 2022 letter sent to State Senator Anthony Portantino from The California Department of Housing and Community Development were also included in Springer’s presentation. The letter, which determined the development is eligible for SB 35, described Pickwick’s C-R zoning classification by saying “the primary use described for that designation allows for residential with some incidental commercial.” Springer says the department misinterpreted C-R zoning, as Burbank zoning regulations state this categorization ​​is “intended for recreational uses which are privately owned and operated for commercial purposes.”

“The HCD apparently based their determination that Pickwick is SB 35 eligible on an incorrect backward understanding of the Pickwick site land use designation,” Springer said.

Portantino had “significant concerns” when SB 35 was introduced, and as a result, he voted against the measure in 2017. He concurs with the council’s choice and believes the HCD’s analysis poses a disservice to the public.

“I believe the city council made the right decision on Monday. The vote was based on findings and a proper interpretation of the city’s planning documents,” Portantino said. “Unfortunately, I can’t compliment HCD. From a misinterpretation of SB 35’s applicability to the Pickwick location to the manner it conducted itself through this process, it has not engendered confidence or served the public interest with the type of effort I expect from a state agency.”

While the council has voiced their disagreement with the method the developer is using for the project, this won’t preclude housing units from being constructed at this location in the future. Councilmember Konstantine Anthony explained his vote was a rejection of the interpretation that the Pickwick location allows for residential units under SB 35. The goal of this decision is to ensure proper zoning regulations are followed and the Burbank community has a say in plans for the site moving forward.

“What I would like to see is a proposal from the developer to rezone this property for housing or mixed-use development so that the city and the community can weigh in on what kind of development would best serve this neighborhood,” Anthony said.

Burbank Community Development Department Director Patrick Prescott said at this point the project is in limbo, writing in a statement that “The City Council voted to deny the project. The project may not move forward without an approval. [The] next steps are to be seen.” As the final outcome of this case is still pending, Portantino praised the residents of the city for examining the matter and taking an interest in preserving the Rancho area.

“The Burbank residents who engaged in the public discussion are to be commended,” Portantino said. “They initiated independent research, grassroots advocacy and helped galvanize a discourse that articulated the unique nature of the Rancho equestrian neighborhood.”

Editor’s Note: This story has been updated to include comments from Patrick Prescott