Although the race for President is over, the real race in Burbank is just starting.

So far, 16 candidates for a total of seven positions have taken out papers since the nomination period began last week.  Candidates will have until 5:00 pm on Friday, November 30 to file the papers to be able to appear on the February 26 ballot. 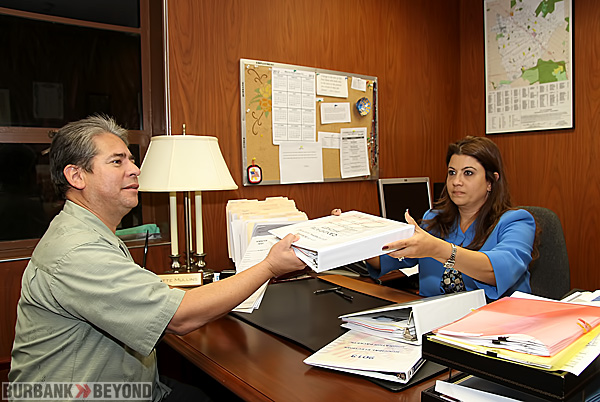 Three seats are up for grabs and all three incumbents; Dave Golonski, Jess Talamantes, and Dr. David Gordon have all taken out papers for re-election.  Bob Frutos, (who just narrowly lost his bid by a couple hundred votes last year in the City Council race), Ryan Ford and David Nos have also pulled papers for the City Clerks Office.

In the school board race with two seats open, both incumbent Larry Applebaum along with appointed interim member John Dilibert have pulled papers to run with Steve Ferguson, David Dobson and Armond Aghakanian also challenging for the seats.

Three are so far vying for the City Clerk’s job with appointed City Clerk Zizette Mullins looking to keep the job while Nonna vonSonn and Gloria Salas also taking out papers for the position.

The requirements for candidates for elective offices of the City are as follows: a United States citizen; at least 18 years of age; a resident of the City of Burbank for at least 29 days prior to filing nomination papers; and, a registered voter in the City of Burbank at the time of nomination. Qualifying individuals may pick up nomination papers at the City Clerk’s Office at City Hall, 275 East Olive Avenue, Monday through Friday between the hours of 8:00 a.m. and 5:00 p.m.