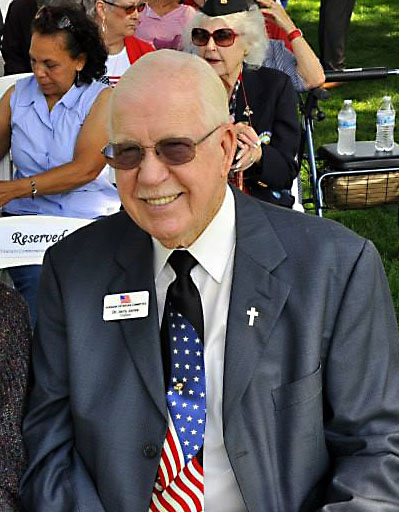 The Burbank community mourns the passing of minister, pastor, and Doctor Jerry A. Jones. Jones wore multiple hats throughout his lifetime and has since made a positive impact on the lives of many in southern California. After moving to the Burbank area from Tennessee, Jones became a prominent figure in the community after attending the commemoration of both the Korean and Vietnam War memorial located in McCambridge Park in November 1988.

Jones would go on to be present at all but one Memorial and Veterans Day services at the park. His service was recognized by the Veterans Committee here in Burbank and named Jones an honorary Chaplin. Jones went on to become a member of numerous committees and organizations in Burbank, including the Rotary Club and Housing Corporation Board.

Having grown up in the south, Jones described himself as a “Tennessee country Preacher.” He brought his talents in both spoken and written word to the Burbank community in more ways than one. Jones founded and pastored the Burbank Community Church, located on Magnolia near California Street for more than thirty-five years, the church was formally The Californian Theatre

After retiring, Jones would hold weekly bible study sessions at his home in which everyone was invited. There, Jones would provide snacks and refreshments for anyone who attended.

Mickey DePalo, Chairman of the Veterans Committee described Jones as a “valued member of the community, down to earth, and a positive influence on everybody.” DePalo also shared that Jones “always gave a lot to the community. That was his life.”

A memorial service will be held at Burbank Presbyterian Church on Olive Avenue, Friday, January 19, at 6:00 PM.