Student winners’ art was on display in a gallery showing, with the awards reception held after the viewing for first, second, third places and awards of merits prizes. 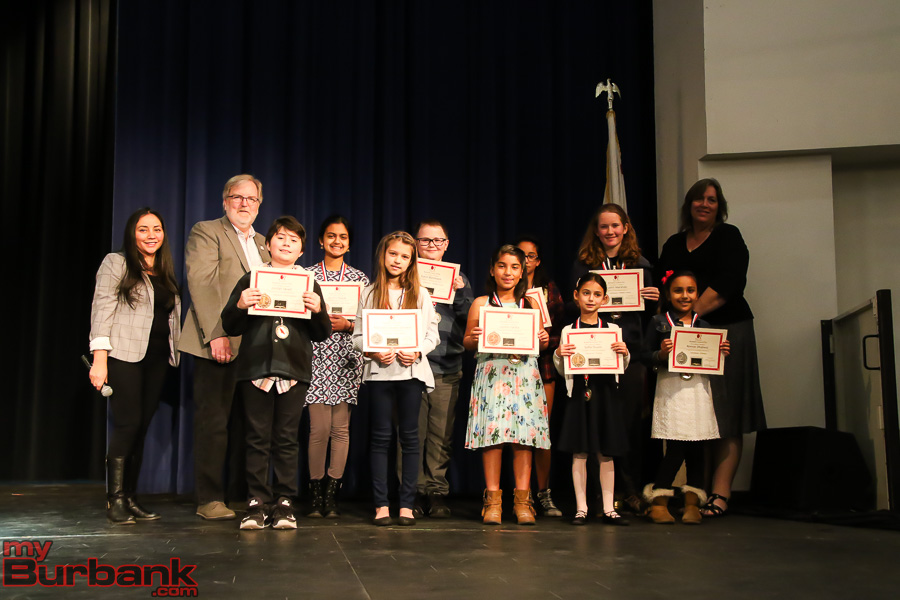 “We were so honored and proud to have been able to recognize students from Kindergarten through twelfth grade, from 16 different schools in Burbank with their interpretation of 2017-2018 Theme, ‘Within Reach.'”

The winners in each of the six categories of Visual Arts, Music Composition, Photography, Dance Choreography, Literature and Film now move on the the next round of competition in the First District PTA, which serves an area of Southern California from Burbank to Pomona.

After several rounds, winners from the state level move on to the national PTA Reflections competition, with winners honored at the annual convention held in June.

Bret Harte student Elizabeth Hauer shows off her entry that she won a PTA Reflections Award for.(Photo by Ross A Benson)

Brian Cook look at the entries in the Visual Arts including one he entered and won an award for. (Photo by Ross A Benson)

The Melt Has Come to Burbank
Give With Target Raises Money For Local Schools, Ends September 30
Get Out Of Town!: Ojai Shines With Art, Food And Natural Feel
FLASHBACK FRIDAY: Starlight Theater/Bowl