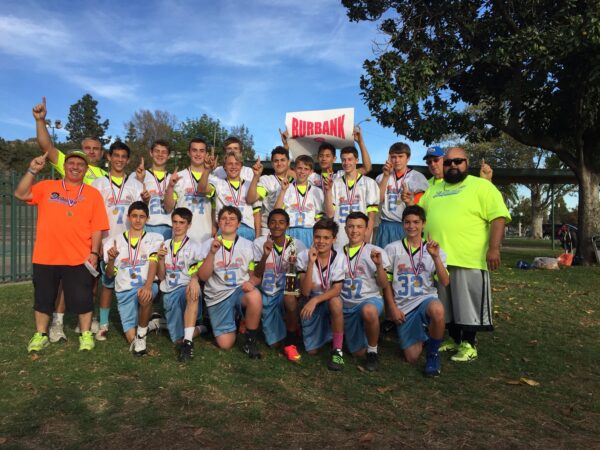 The Burbank Dolphins “A” division team lost a heartbreaking state championship game to host Pasadena, 21-20, taking second place in the SCMAF State tourney. The Dolphins won the San Gabriel Valley SCMAF tournament to advance to the State tourney which was held at Villa and Jackie Robinson Parks in Pasadena.

“We had an awesome season and I am so very proud of my players and coaches,” Coach Mike Graceffo said. “They played and coached like true champions all year long.”

The wins keep on coming. After completing an undefeated 15-0 campaign and winning the championship for the Burbank Park and Recreation District, the Burbank Dolphins took their talents to the next level and again came out victorious.

Led by Coach Mike Graceffo, a clone of Bill Belichick in youth flag football, the Dolphins will now advance to the SCMAF state tourney which will be held in Pasadena starting the weekend of December 6. With the SCMAF tournament title in hand, Burbank improves to 18-0 on the season.

Will these Dolphins win the state title? We wish them well. Best of luck to our Burbank boys.