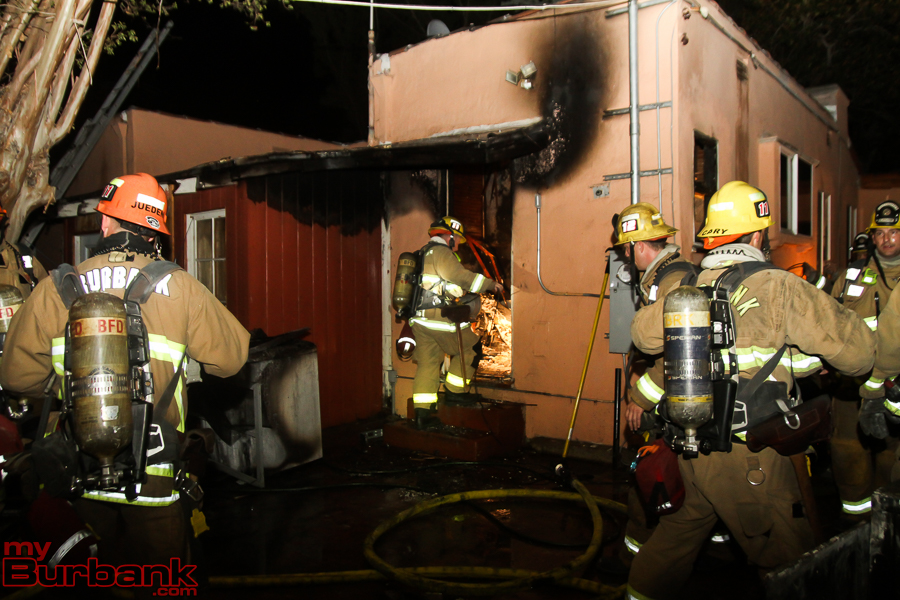 The Burbank Fire Department responded to the 4511 West Clark Street at 4:16 AM to a reported house fire. First arriving units reported smoke showing from the rear of the single family residence.

The Burbank Firefighters made a quick attack on fire that started in a rear laundry room, and was contained to the room of origin.

The cause of the early morning fire is still under investigation, and the damage estimate is still being tabulated.

Firefighters were kept busy with another fire reported at 8:30 at 414 E. Valencia Avenue. In this fire a washing machine caught fire burning a laundry room and the contents of the machine.

This fire was caused by a faulty appliance and damage was reported as $2900.00 to the contents and $50,000 to the building. No Firefighter nor civilians were injured in ether fire incident.

Burbank Firefighters suggest residents maintain a clean lint vent area including in and around machines.