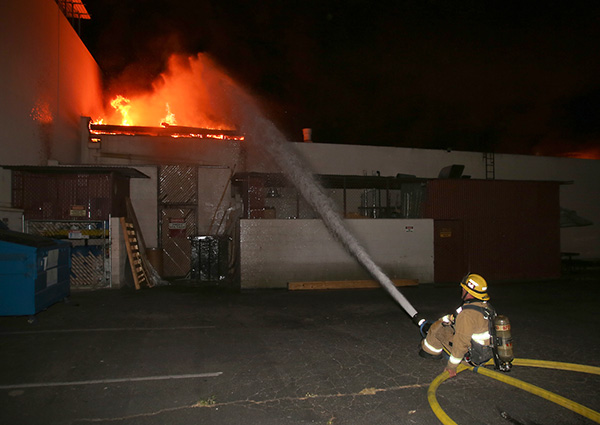 Burbank Fire Department responded to the 3000 Block of Pacific Avenue around 3:00 a.m. after receiving a call from a passerby at the nearby U.S. Postal Office that there was fire on the roof of the commercial building across the street. The building in question houses an Burbank aerospace company that does plating.

Burbank Firefighters got on scene rather quickly and once located which building had fire on the roof, they forced entry into the building to find the fire had extended inside.

Battalion Chief Kenet Robertson commanding the incident then requested a second alarm to bring additional resources to the scene.  Burbank Firefighters were assisted by Glendale Firefighters on the second alarm. Firefighters got a handle on the fire on the roof and started ventilating the interior of the building to remove large amounts of smoke. 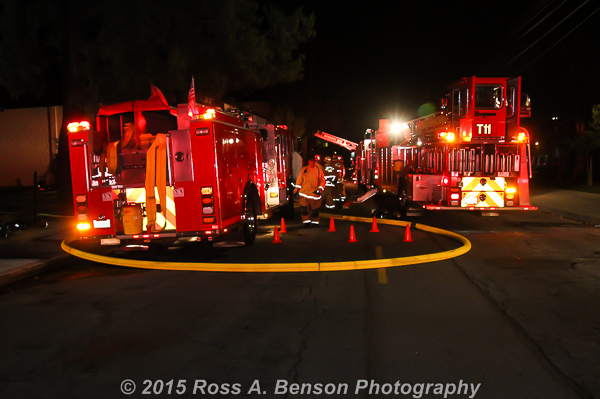 There were no injuries to fire personnel and the cause of the blaze is being investigated. Damage estimates were still being tabulated.