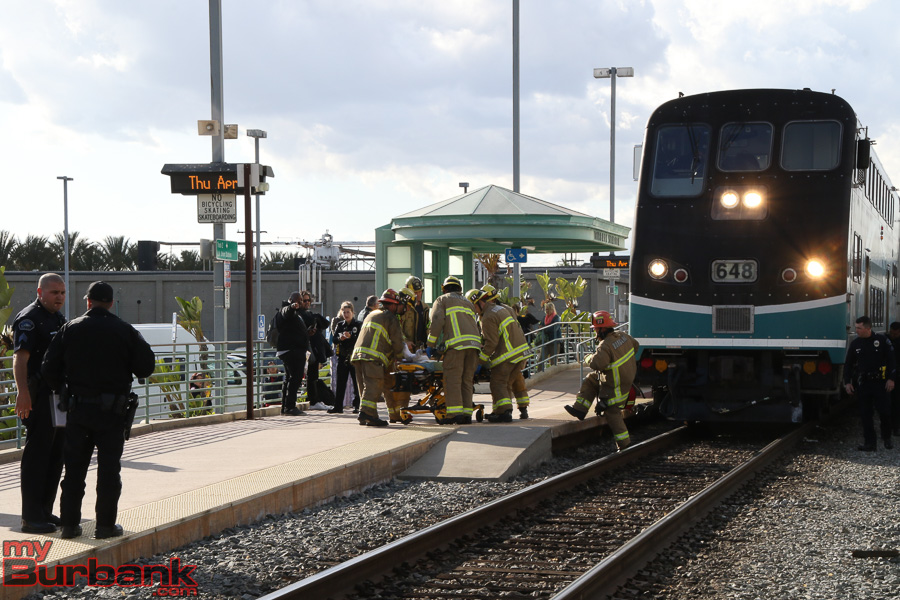 The Burbank Fire and Police Departments were called at around 5:00 p.m. to respond to a reported person who either jumped or fell in front of southbound MetroLink train number 150 as it was approaching the Burbank MetroLink Station.

Firefighters located a male that appeared in his 20s or 30s beneath the main locomotive car on the west tracks. He had a pulse and was breathing. They loaded him upon a stretcher and transported him to a local trauma center.

All trains coming and going from the station were stopped during the investigation. Many Burbank residents bound from downtown’s Union Station were stuck or had to find alternative transportation. 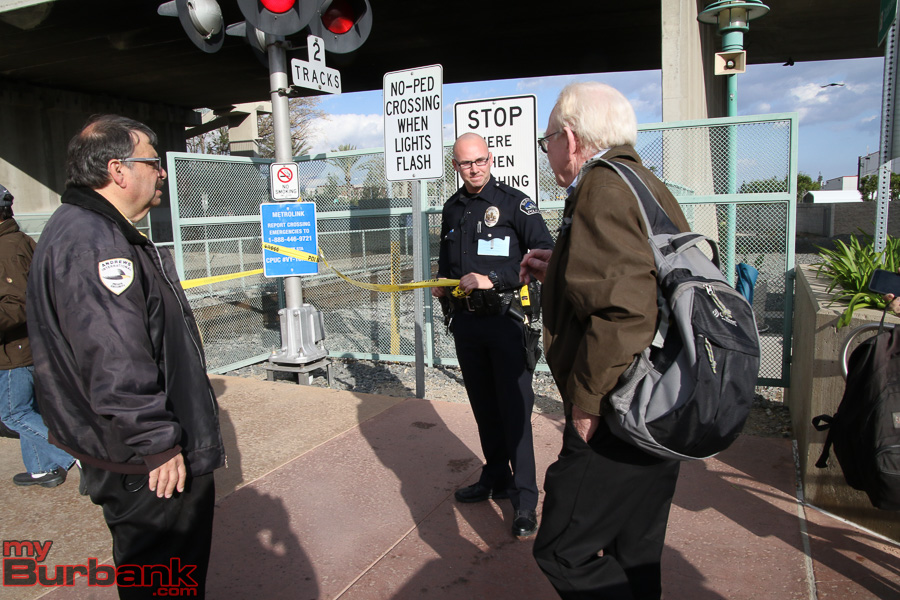 Burbank Police assisted people across the tracks to awaiting buses. (Photo by Ross A Benson)

Burbank police officers assisted the people who were at the station to buses waiting to take them to other destinations.

Per a Metrolink spokesperson, no riders on the 150 train were injured in the incident and the investigation is still ongoing by law enforcement and MetroLink  officials.