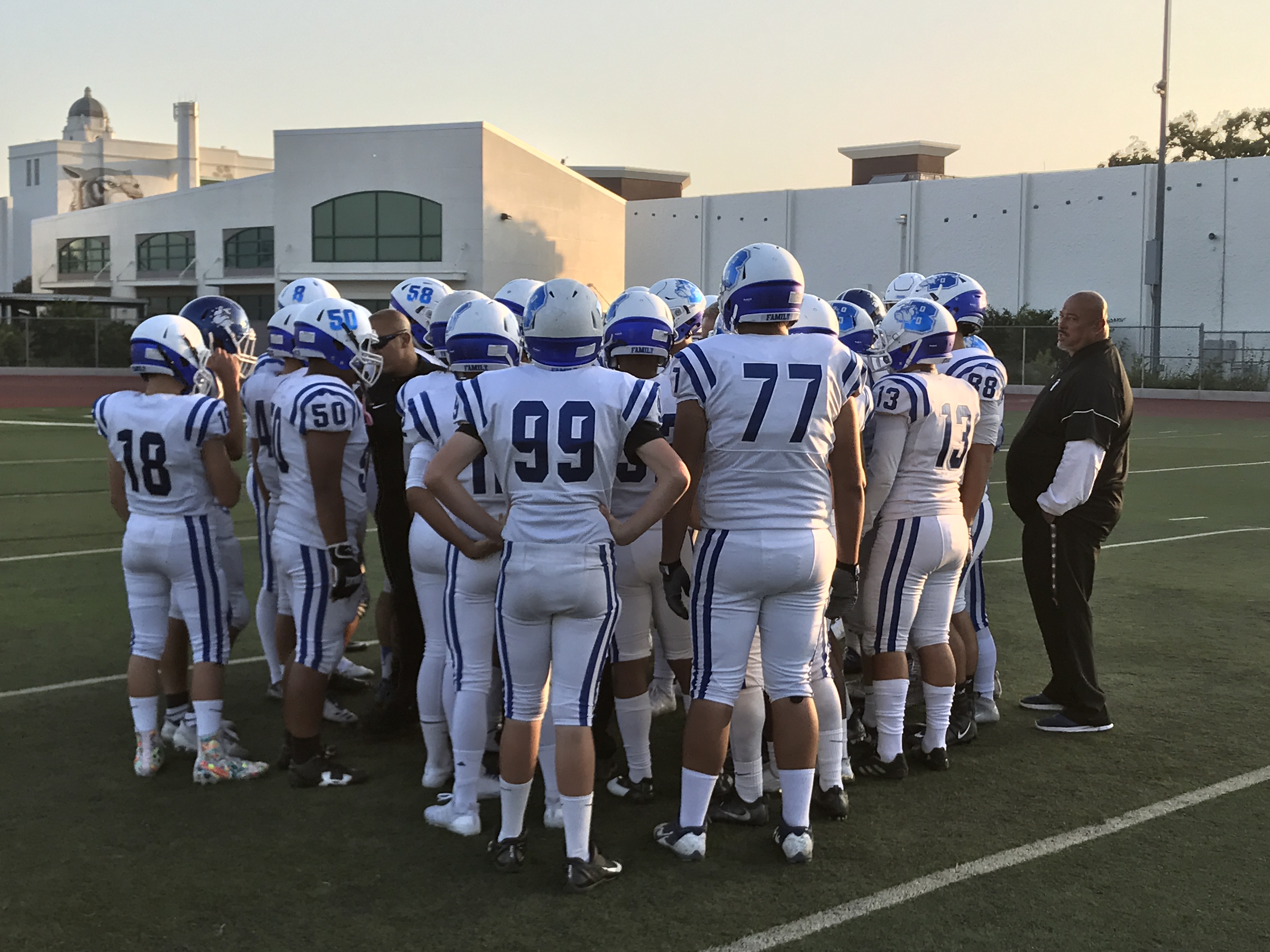 The Burbank High football ‘Family’ may have a new leader in coach Adam Colman.

But not much has changed. The new Bulldogs looked much like last season’s 10-4 team by opening the 2017 campaign with a 23-8 road victory over Monrovia.

Colman credited longtime defensive coordinator Manuel Lemus for playing such a key role in the program.

“I can’t say enough about him. What he does for these kids is he invests in them. It’s not just about football, it’s about them as people and it shows,” Colman said. “They love playing for him, they trust him. They do what they’re told because they know he has their best interest at heart.”

Burbank’s players sport the word Family on the backs of their helmets. They nearly earned a shutout until Monrovia scored late in the fourth quarter.

The Bulldogs (1-0) got on the board in the first quarter when Drew Pendleton stopped Monrovia running back Michael Washington in the end zone, resulting in a safety.

Burbank extended its lead later in the quarter when junior quarterback Matthew Porras hooked up with Erik Harutyunyan on a 3-yard touchdown pass.

Early in the second quarter Burbank extended its lead further by taking advantage of a bad snap on a Monrovia punting attempt.

The ball put Burbank deep in the red zone. Chadz Vang completed the drive with a 1-yard run.

The Bulldogs disrupted Monrovia’s passing game as Keydon Spens and Lalo Barragan each came up with interceptions.

Anthony Lira made a serious impact on the defensive line as he made several stops behind the line of scrimmage.

“We’re extremely happy,” Lira said. “We came out here and did what needed to be done.”

Senior Darnell Williams had 18 carries for 83 yards to lead the Bulldogs on the ground. Junior tight end Duncan Smith had eight receptions for 65 yards.

Porras finished 10 of 16 passing for 83 yards and two touchdowns.

“These kids have a lot to prove and they know that. They know not everyone has heard of their names and they want to make a mark. They came together and they played like a family,” Colman said.