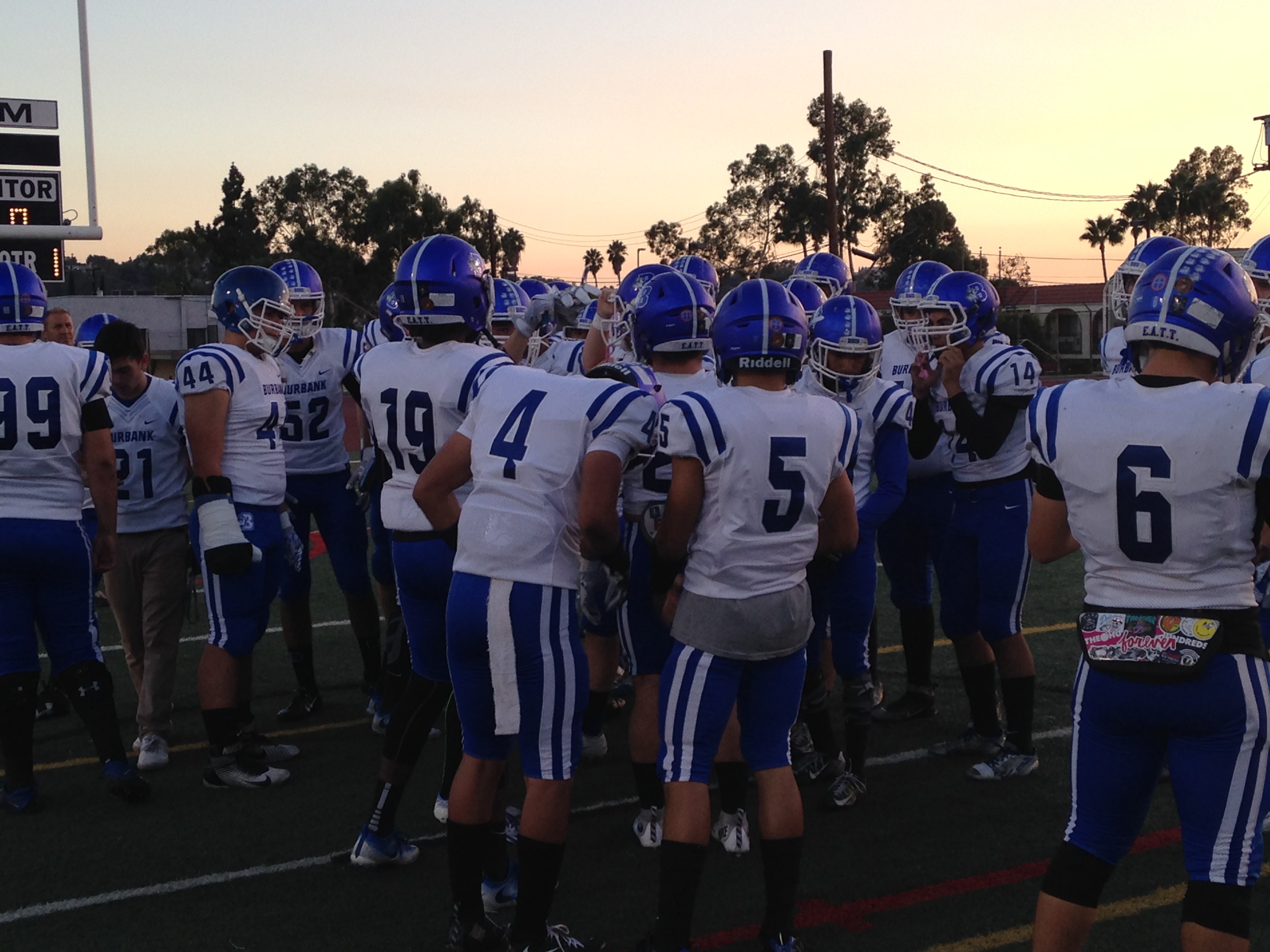 Burbank scored five touchdowns in less than nine minutes and ended up winning 63-7.

The second half was played with a running clock after Burbank led 56-0 at halftime.

Burbank quarterback Guy Gibbs was completed seven of nine pass attempts for 155 yards and three touchdowns, all of which came in the first half.

“Guy came up with the first script of plays based upon what we saw on film,” Burbank coach Richard Broussard said. “We wanted to open it. We’ve been conservative and we wanted to see if we could open it and it was good to see the ball fly a little bit more.”

Burbank (3-2, 2-0 in league) got things started as Gibbs scored on a one-yard keeper with 9:58 left in the first quarter.

Less than a minute later, Burbank took the ball back following a Glendale punt.

On the first play of the drive, Gibbs found Forrest Fajardo on a 29-yard touchdown pass.

Burbank added its third touchdown at the 6:22 mark of the first quarter as Damien Flores returned an interception 30 yards.

Gibbs hooked up with Drew Pendleton on a 54 yard touchdown with 3:18 left in the first quarter, making it 35-0.

Facing a fourth down situation, Gibbs threw a 30-yard touchdown to Fajardo with 11:48 left in the first half. Fajardo finished with four receptions for 88 yards and two touchdowns.

Warren scored a 14-yard touchdown 9:17 left in the first half to make it 49-0. He finished with seven carries for 110 yards and a pair of touchdowns.

Darnell Williams scored a 37-yard touchdown with 3:11 left in the first half. Williams eight carries for 98 yards.

Jake Kelley scored on a 4-yard run with 5:04 left in the third quarter. He had six carries for 34 yards.

“We’re blessed to have guys that have come up together,” he said. “This is their senior year. They’ve put in a lot of work.”

Glendale drops to 1-4 with the loss.

Burbank will host Hoover High at Memorial Field next Thursday at 7 p.m.