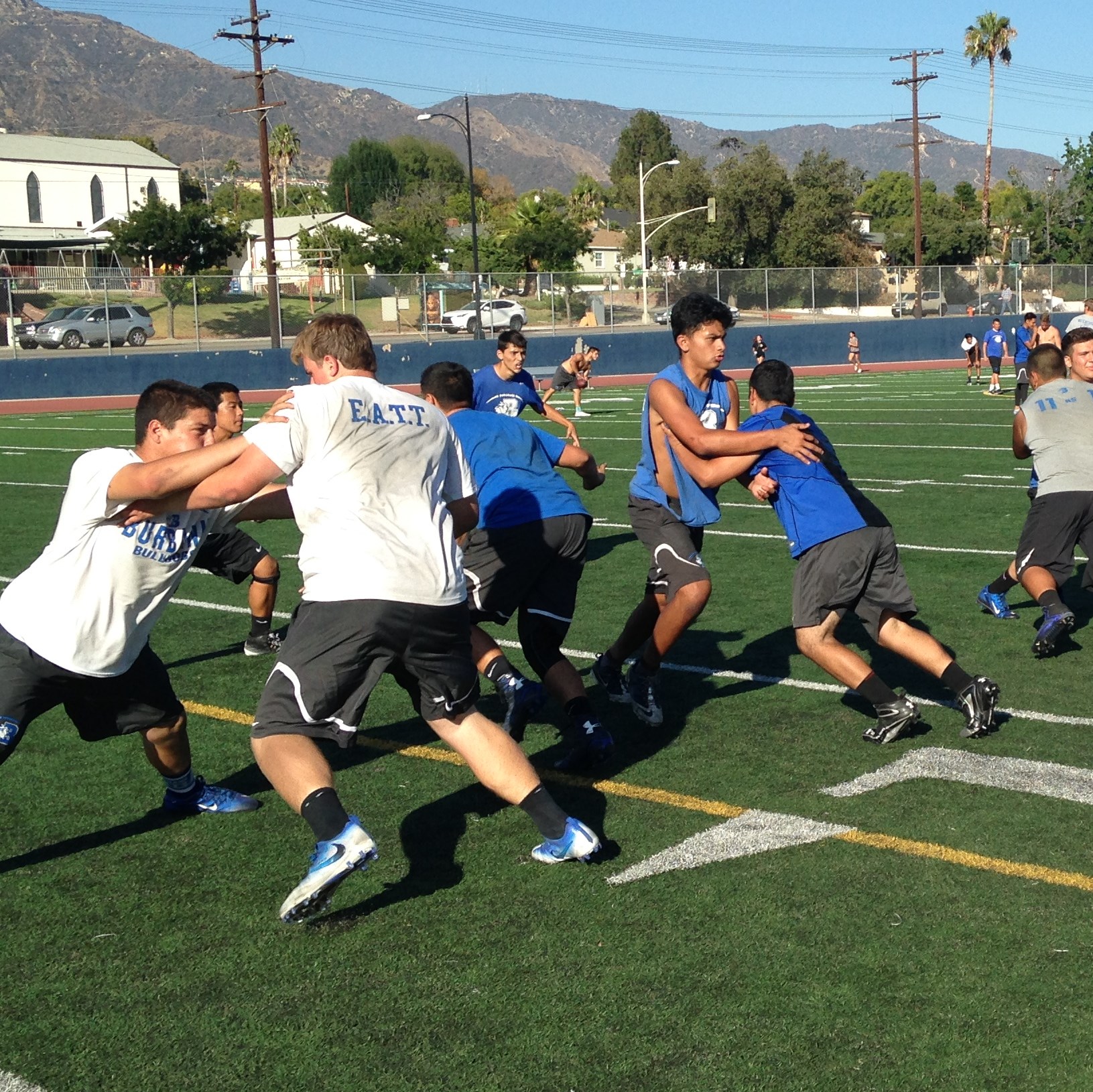 Rebuilding is something most high school football programs face annually.

Burbank High is no different.

But unlike many teams, the 2016 Bulldogs will have the luxury of having many key returners on offense. Those players figure to play a key role in putting points on the board.

Burbank finished up its summer football session Thursday, and will now be off for a three-week dead period.

Senior Guy Gibbs returns at quarterback. He passed for more than 1,300 yards a year ago with 14 touchdown passes to just seven interceptions. 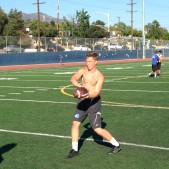 Receiver Forest Fajardo, who was a favorite target of Gibbs last season, is also back.

Broussard said his team started the summer slowly, but has picked up as time has gone alone. 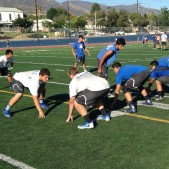 The Bulldogs did remarkably well in the Orlando Scandrick Passing League tournament at Los Alamitos High.

“We beat Dorsey and Los Alamitos to make it to the semis,” Broussard said.

Burbank eventually lost to Cathedral, a school that already has two players committed to UCLA. “We were playing well. We were starting to come together that week,” Broussard said. “Our kids competed well. We like playing teams like that.” 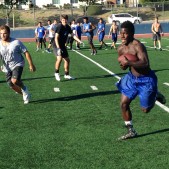 Broussard said that while much of the personnel will be the same, the playbook will not.

“We’ve opened some things up offensively, we’re doing some different stuff,” he said. “I’m excited to see what we’ll look like with a helmet on. Everyone is cute in a shirt and shorts. But real football is about to start. I know the kids are excited. They can’t wait to hit.”