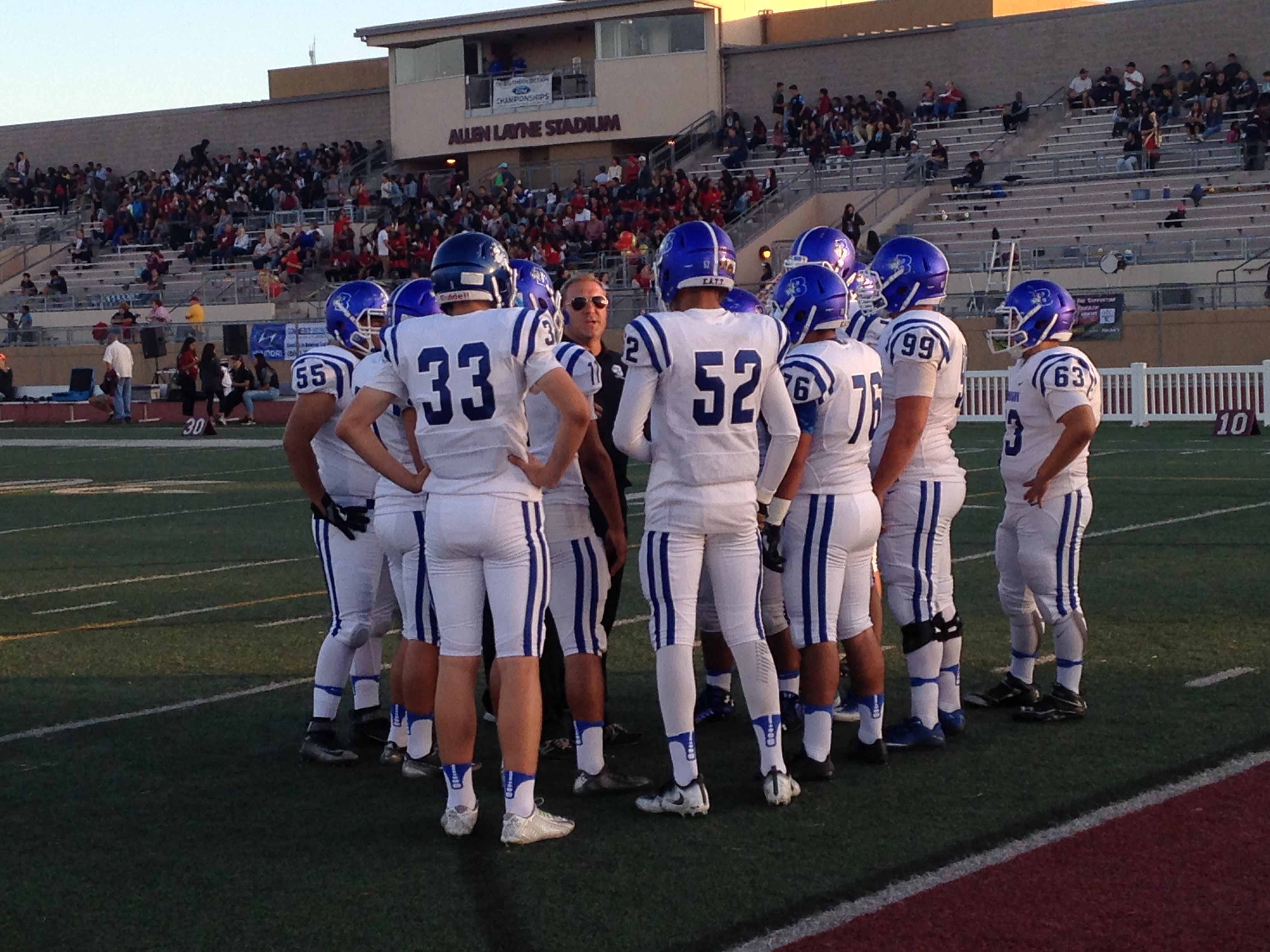 Frustration is probably the best description of what the Burbank High football was feeling Friday night. The Bulldogs played superb defense, but came up just short offensively in a 7-6 loss to host Downey High.

“Our defense played lights out. They got back to playing Burbank defense,” Broussard said. “We challenged them. Some guys lost their jobs and we moved some things around. After the Canyon game, we take pride in keeping people out of the end zone. “
While Burbank (1-2) shined defensively, the Bulldogs failed at a number of a chances to put points on the board offensively.

Broussard praised Munoz even though he missed the field goals as he said the player had to deal with some personal circumstances this week.

“He wasn’t even with us most of the week,” Broussard said. “We’re proud of him for being here for us.”

After Downey (2-1) scored in the first quarter, the defenses for both teams took over.

But Burbank  (1-2) nearly broke through late in the third quarter.

Nick Warren appeared to be already down on the Downey 25 yard line when the ball came loose.  The officials ruled it a fumble. Burbank regained the ball a play later on the 14-yard-line after a Downey fumble only to give it back to Downey on the very next play.

Early in the fourth quarter Burbank had another drive in which Guy Gibbs found Jake Kelley on a fourth-down situation. Kelley was stopped at the 9-yard line. A run by Nick Warren got Burbank even closer. But Downey managed to keep Burbank out of the end zone.

Burbank now has a week off before the start of Pacific League. The Bulldogs open on the road at Muir High In Pasadena.

“We have a week to get better,” Broussard said. “We’ll see if we can put it together offensively.”