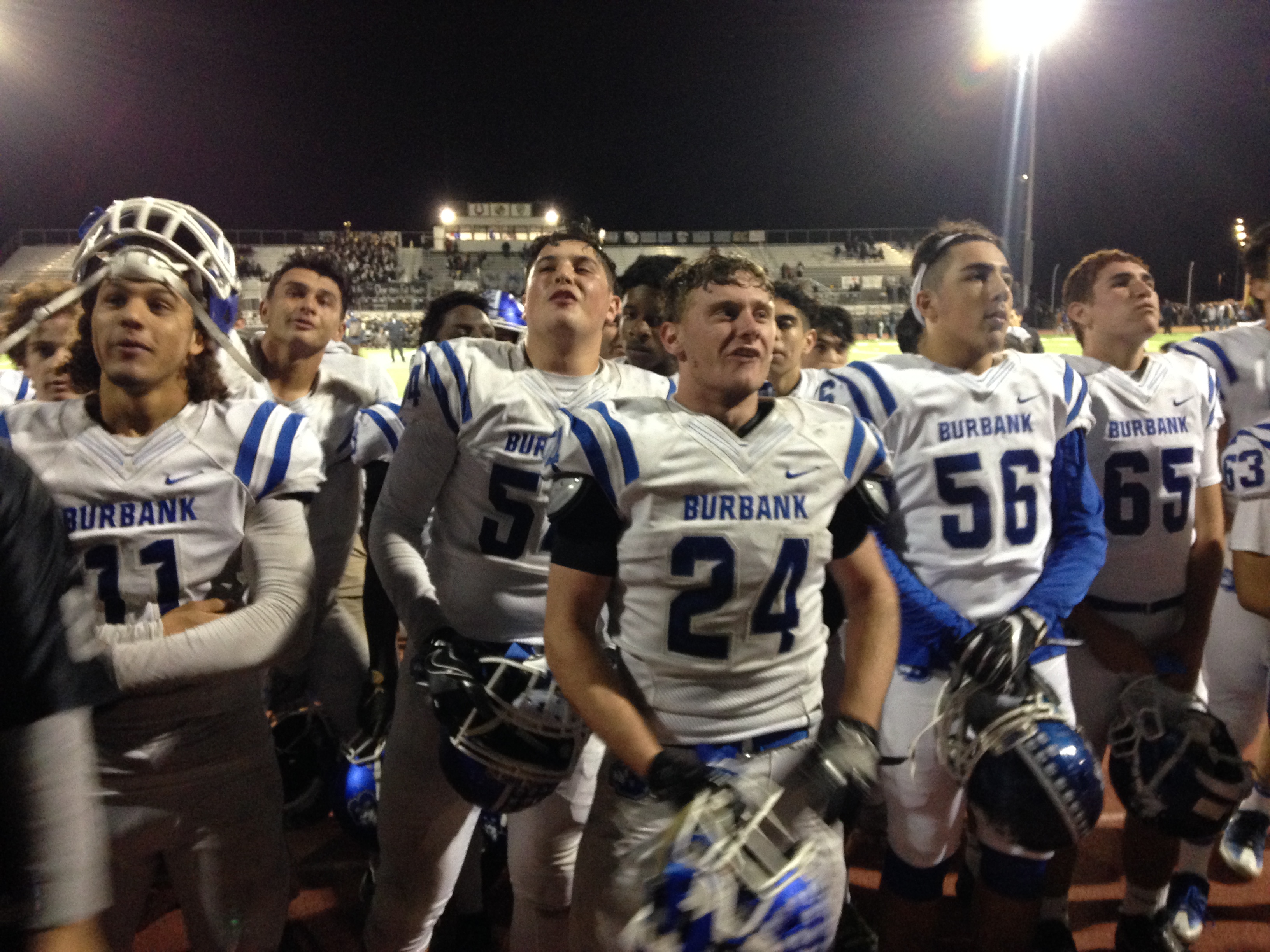 Burbank High may have its best football team in school history.

The Bulldogs rallied from an 11-point deficit heading into the fourth quarter to stun second-seeded Northview of Covina 30-27 Friday night in the second round of the CIF Southern Section Division 8 playoffs at Covina Valley District Field.

With the win, Burbank will host Don Lugo of Chino next Friday at Memorial Field in the semifinals. It will mark just the second time in school history that Burbank has made it to the semifinals with the last time being in 2013.

“These dudes don’t want to stop playing. They feel like they are destined to do something great and really change the face of this program,” Burbank coach Richard Broussard said.

Burbank (9-3) began the rally on the second play of the fourth quarter when Darnell Williams scored on a 4-yard run to make it 20-15.

Burbank stopped Northview (10-2) on its next possession as Andy Reyes forced a fumble and Jake Kelley recovered it.

Although Burbank’s offense was able to add to the lead following the fumble, it was the defense that stepped up on Northview’s next offensive series.

Matthew Villagran partially blocked a pass attempt by Northview quarterback Steven Comstock. Anthony Lira intercepted the ball before it hit the turf and ran 17 yards for a touchdown with 3:20 to play.

To nearly put the nail in the coffin, Burbank’s Joey Miller intercepted Comstock on the first play from scrimmage on the ensuing drive.

“We just flipped a switch when need to,” Broussard said. “Our defense turned it on and put pressure on their offense and really slowed down their pace. Our pressure impacted their ability to go.”

Burbank quarterback Guy Gibbs came through with another giant performance. He was 16 of 26 for 250 yards with one touchdown and two interceptions. Both of Gibbs’ interceptions were in the first half.

“We want this more than anything. The way we played in the second half, I’m all choked up,” Gibbs said.

Burbank’s only first-half points came from a safety as Northview snapped the ball out of the back of the end zone. The Bulldogs trailed 7-2 at halftime and the game appeared very similar to one of Burbank’s nonleague games earlier this season.

“In the locker room I said the Lord blessed us with another opportunity to make up for Downey and we did,” Broussard said. “These boys want to play another game on their home field. They want to go back to Memorial and play another game.”

Nick Warren scored on a one-yard run with 8:43 left in the third quarter to make it 9-7.

Andy Reyes said the team got re-focused during the intermission.

“We gathered together at halftime and said it is win or go home,” Reyes said. “The offense stepped up and moved the ball and the momentum changed.”