To say that Burbank High enjoyed its first football game played on campus in nearly a decade was an understatement. 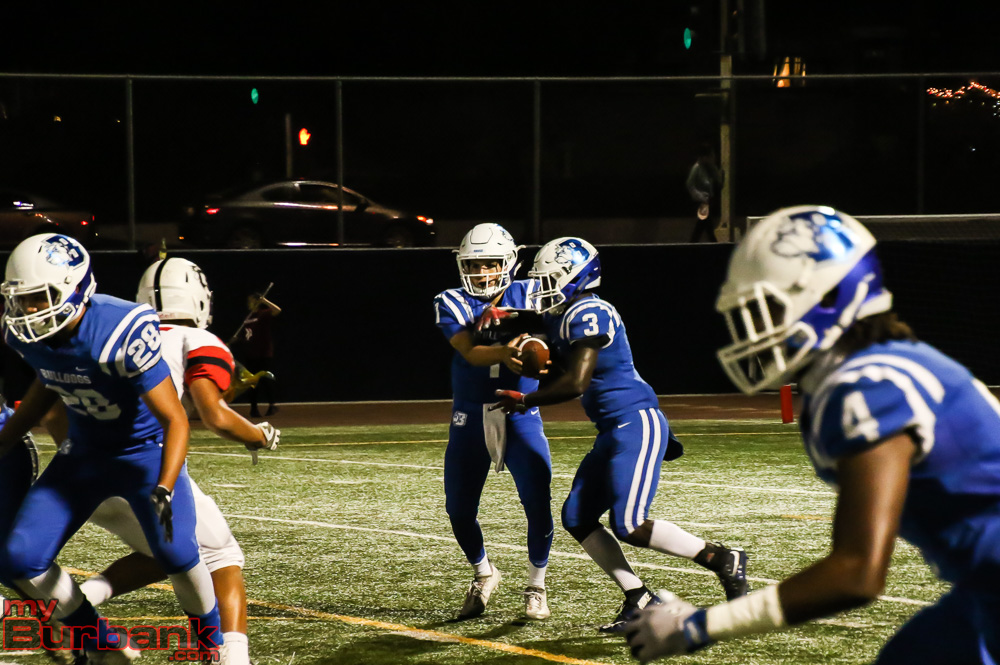 The Bulldogs seized the moment Friday evening to open Pacific League play as they rolled to a 59-0 win over visiting Glendale High.

“It was a lot of fun. I have to thank the administration, our athletic directors and all the other behind-the-scenes people that did all the work to make it happen,” Burbank coach Adam Colman said. “We practiced better this week than we usually do. I think there was some energy out here, especially for senior night.”

Quarterback Matthew Porras hooked up with Chadz Vang on a 37-yard touchdown pass with 11:19 left in the first quarter. 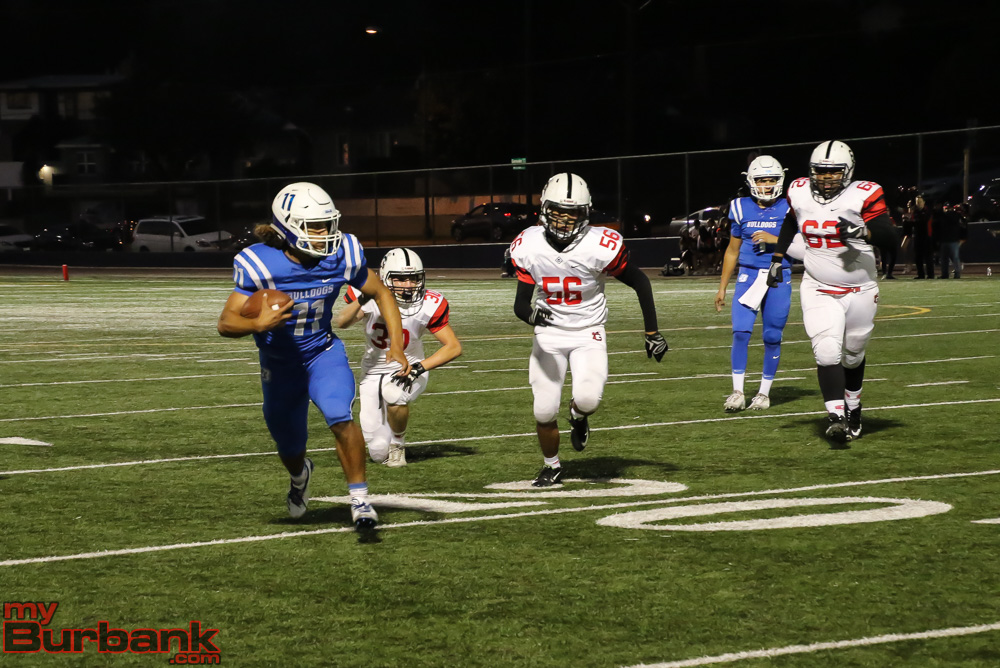 Porras hooked up with Drew Pendleton on a 21-yard touchdown with 8: 35 left in the quarter.

Running back Darnell Williams scored on a 3-yard run with 5:40 left in the quarter to push the lead to 19-0.

Following an interception by Burbank’s Eric Harutyunyan, the Bulldog two-way player scored on an 8-yard touchdown pass from Porras with 4:04 left in the quarter to increase the lead to 25-0.

Porras and Harutyunyan hooked up again with 1:27 left in the first quarter, this time from 12 yards out,  to make it 32-0. Porras finished the game completed nine of 10 passes for 149 yards with four touchdown passes.

“It’s really special. Our blood, sweat and tears and are all right here,” Porras said of playing a game on campus. “It is a great feeling playing here.”

Blake Quinteros got Burbank on the board in the second quarter by scoring on a 3-yard run.

“It was a good way to start. There’s a lot of things we can fix,” Porras added.

One thing Burbank struggled with was making extra points, much of it due to snaps either being too long or mishandled. 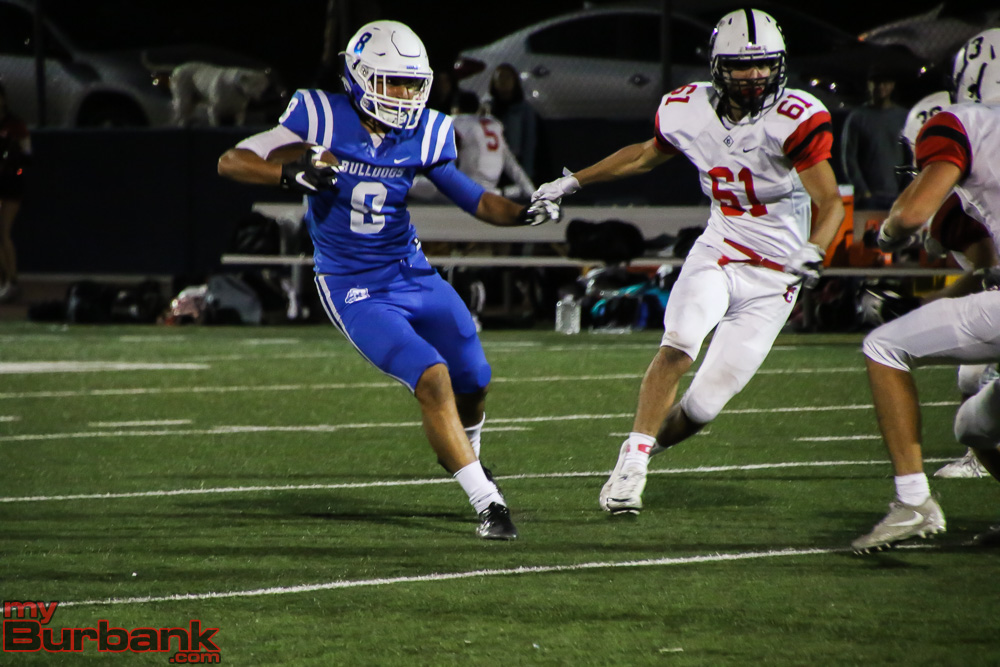 “With senior night, we weren’t working on reps before,” Porras said.

Pendleton scored his second touchdown on a 71-yard reserve run with 28 seconds left in the first half to make it 45-0.

Burbank’s Louie Torres, who had two interceptions on the night, returned a pass from Glendale quarterback Van Haslett for a touchdown on the first play from scrimmage to begin the second half.

Burbank sophomore Isaac Glover got into the scoring at the 4:40 mark of the third quarter with a 17-yard run.

Darnell Williams will play football at College of the Canyons. (Photo by © Ross A. Benson)