Now the Bulldogs are just one away from making a trip back to the CIF Southern Section championship game.

“We were supposed to be a 5-5 team maybe. To tie the school record for wins, to win a league title and go to the semis now, that’s awesome,” Burbank coach Adam Colman said. “That’s dedication, hard work and perseverance. I’m so proud of them.”

Burbank will now play at Don Lugo of Chino in a semifinal rematch from last season, which Burbank won 44-14.

South Hills (10-2) came out strong and actually led Burbank 10-3 at the end of the first quarter.

But things changed when RJ Stearns threw an interception that was returned 25 yards for a touchdown by Kaydon Spens. Stearns also suffered an ankle injury and did not return. 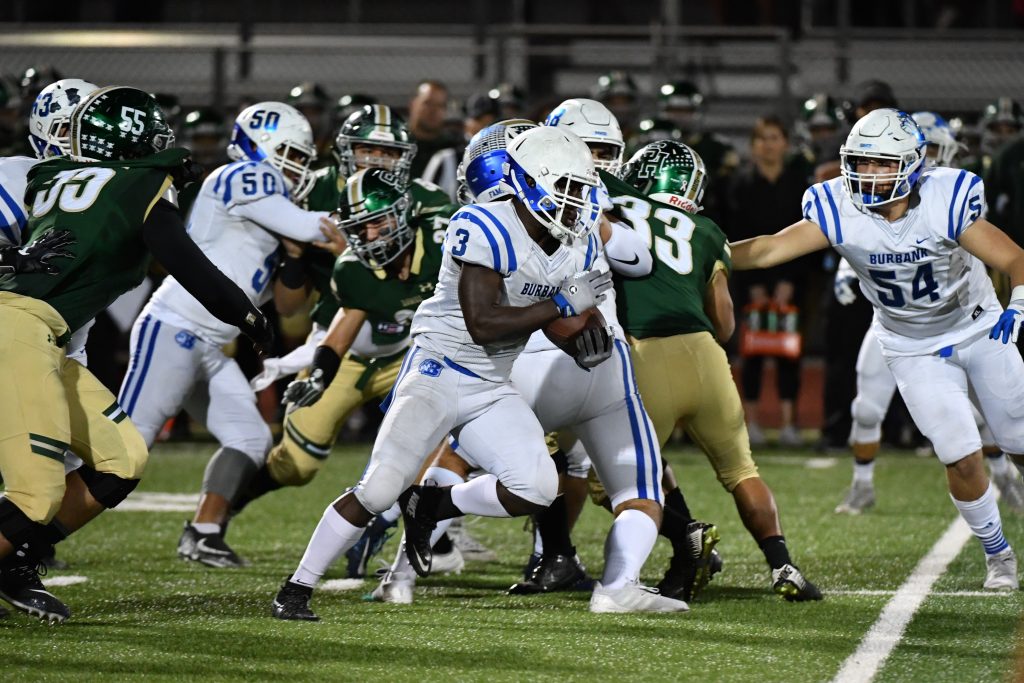 South Hills appeared to not be shaken by the loss of its starting quarterback as it answered with an 87-yard touchdown pass from backup quarterback Khalil Ali to Nicholas Lariviere. That put the Huskies ahead 17-10.

But Matthew Porras rallied Burbank (10-2). His touchdown with 6:27 left in the first half tied things at 17.

Burbank took the lead on a safety that came as a result of a fumbled ball on a punt attempt.

Andrew Rovira later kicked a 43-yard field goal to make it 29-17. Rovira was successful on all four of his field goal attempts. He also connected from 41, 31 and 25 yards.

Late in the game he was injured when a South Hills player ran into him on a punt attempt, which resulted in a penalty against the Huskies. 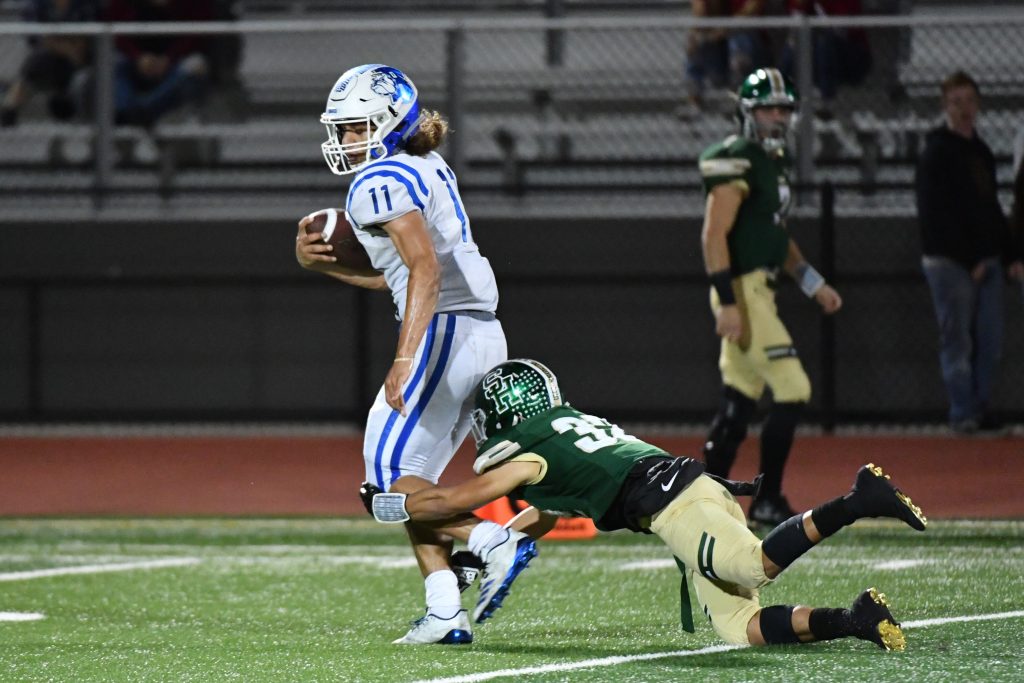 Drew Pendleton on one of his 10 catches. (Photo Courtesy Doug Brown)

Burbank began the second half with a pair of Rovira field goals to make it 35-17.

Following a South Hills touchdown, Porras scored from one yard out with 5:28 to play to make it 42-23.

The Bulldogs got huge performances from seniors Drew Pendleton and Darnell Williams.

Pendleton had 10 receptions for 169 yards and Williams had 137 yards rushing in 20 carries.

“I think both years we came in with a chip on our shoulder because they were ranked higher and everyone thought they were going to win,” Pendleton said about defeating South Hills and Northview of Covina last season, also at Covina District Field.

Drew Pendleton on one of his 10 catches. (Photo Courtesy Doug Brown)

Drew Pendleton gets in on the tackle. (Photo Courtesy Doug Brown)