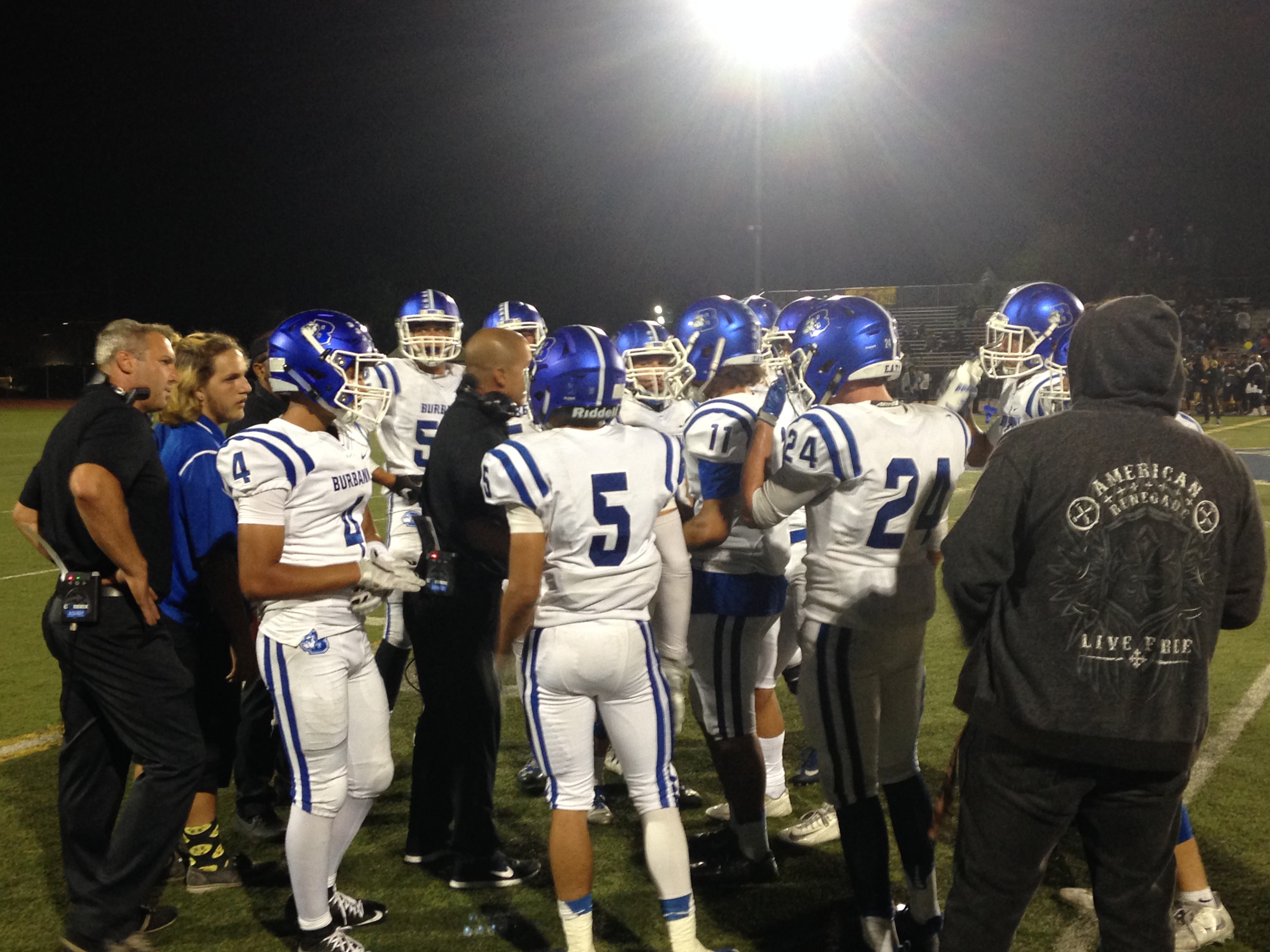 The Burbank High football team had a week off prior to the start of the Pacific League season. The Bulldogs definitely took advantage of it and it showed Friday night as Burbank was in command much of the contest in a 39-14 win over host Muir High.

Although pleased, Burbank coach Richard Broussard said his team is still not where he would like it to be.

“We played with some passion and enthusiasm,” Broussard said. “I want us to execute for four quarters and we’re still not there yet. That is not going to get us a league title. We have to get better week in and week out.”

Burbank (2-2) was led by senior Nick Warren, who had two rushing touchdowns and intercepted two passes on defense. He commented on starting league play following a bye week.

“It gave us extra time to go over film, practice hard and get in condition,” Warren said. “It also helped us get healthy.”

“We expect a lot from him and he delivered,” Broussard said of Warren. “He did his job. He’s one of our captains and he played like it today.”

The Bulldogs got on the board first as quarterback Guy Gibbs hooked up with Darnell Williams on a 2-yard touchdown with 4:12 left in the first quarter. The duo also hooked up on the ensuing two-point conversion.

Muir (2-2) made things interesting on the following drive as quarterback Darren Meyers hooked up with Ahmir Davis on a 49-yard touchdown pass. The Mustangs were also successful on their ensuing two-point conversion.

The Bulldogs made a late first-half surge following a Muir turnover.

Warren scored on a four-yard run with 1:07 left in the half.

On Muir’s first play from scrimmage on the following drive, Warren intercepted  Meyers.

Gibbs then went to work by quickly getting the ball down the field with two passes to Forrest Fajardo.

Gibbs then found Joey Miller on an eight-yard touchdown pass with 12.6 seconds left in the half.

Williams capped Burbank’s scoring by scoring on a two-yard run 6:49 left. He finished with 12 carries for 70 yards.