Knowing beforehand that the Crescenta Valley High girls’ basketball team was going to press from the opening tip, it was imperative host Burbank respond by moving the ball.

But for much of the Pacific League game on Tuesday night, the Bulldogs weren’t able to execute that game plan and consequently fell to the Falcons, 46-34.

“They got up in our face and we weren’t able to handle it,” Burbank coach John Wells said. “We just didn’t handle their pressure very well. We knew they were going to do that because they did it the first time we met them at their place.” 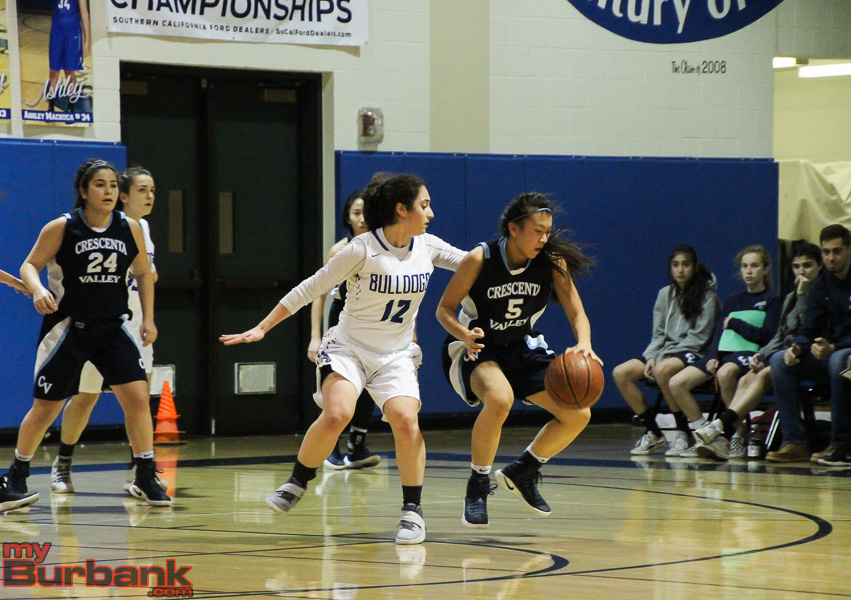 Partly because of this tactic, the Bulldogs (12-12 and 3-4 in league) failed to score in double figures in all four quarters and converted 10 of 33 field goals for 30.3 percent.

The one saving grace was that Burbank dropped in 12 of 18 from the free-throw line (66.6 percent).

Even so, the Bulldogs, who trailed 33-26 after three quarters, were still within nine points in the fourth quarter, but too many turnovers put an end to the notion of rallying for a win.

Trailing 9-7 entering the second quarter, the Falcons (13-8 and 5-2 in league) made their first three shots including a basket from junior guard Rachel Dayag (game-high 13 points) that made it 13-9 with 6:30 left. 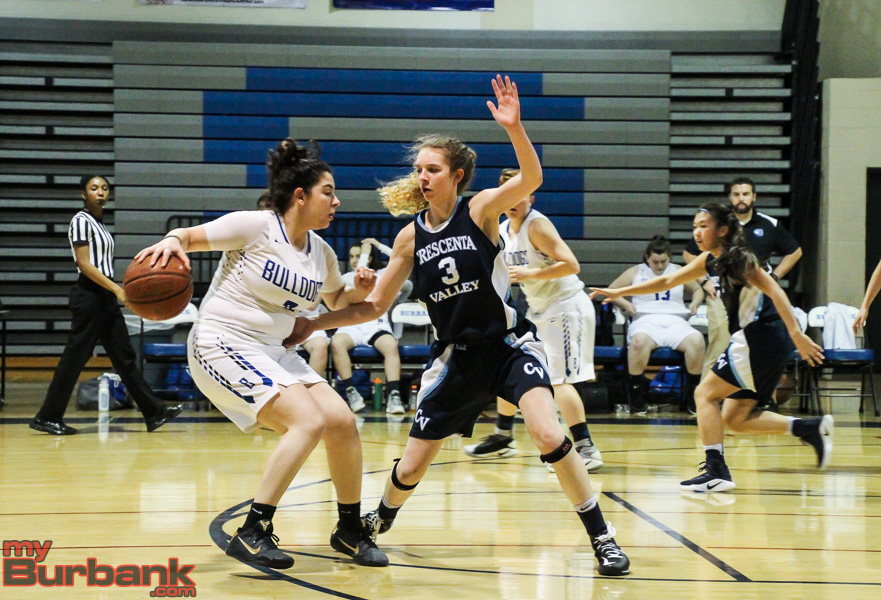 Osanna Tirityan scored a team-best nine points for the Bulldogs. (Photo by © Ross A. Benson)

The Falcons were successful on six of 12 from the floor in the second quarter after converting three of 11 in the opening period.

Crescenta Valley pulled ahead 23-17 at the half.

“Everyone who plays us wants to stop Osanna,” Wells said. “They want to keep the ball out of her hands and our point guard Ani [Sarkisyan].”

Sarkisyan, a senior, scored five points and tried her best to get the other players involved.

Tirityan scored four points in the first quarter and then added a three-pointer in the second frame. 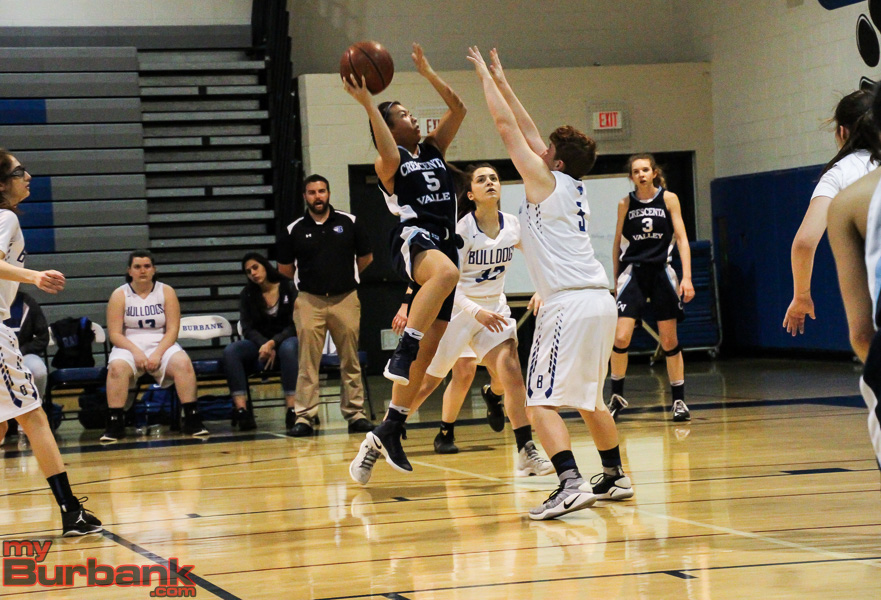 The only other points Tirityan scored came in the fourth quarter when she sank two free throws.

The Falcons (16 of 48 for 33.3 percent) missed their first three shots in the third quarter and ended the quarter making only three of 15.

Dayag dropped in five points in the third period that included her second trey.

Crescenta Valley outscored Burbank 13-8 in the fourth quarter and drilled four of 10 from the field. 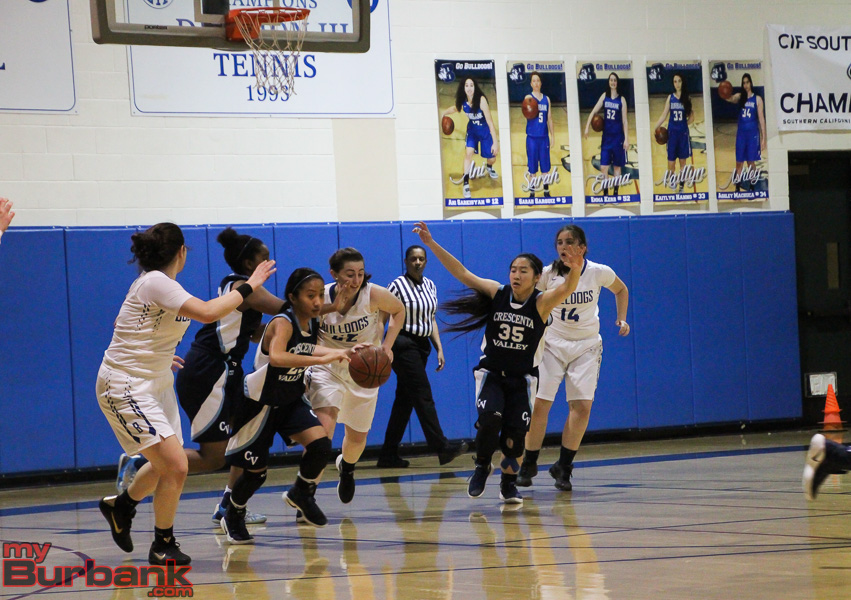 Crescenta Valley begins its fast break against Burbank. (Photo by © Ross A. Benson)