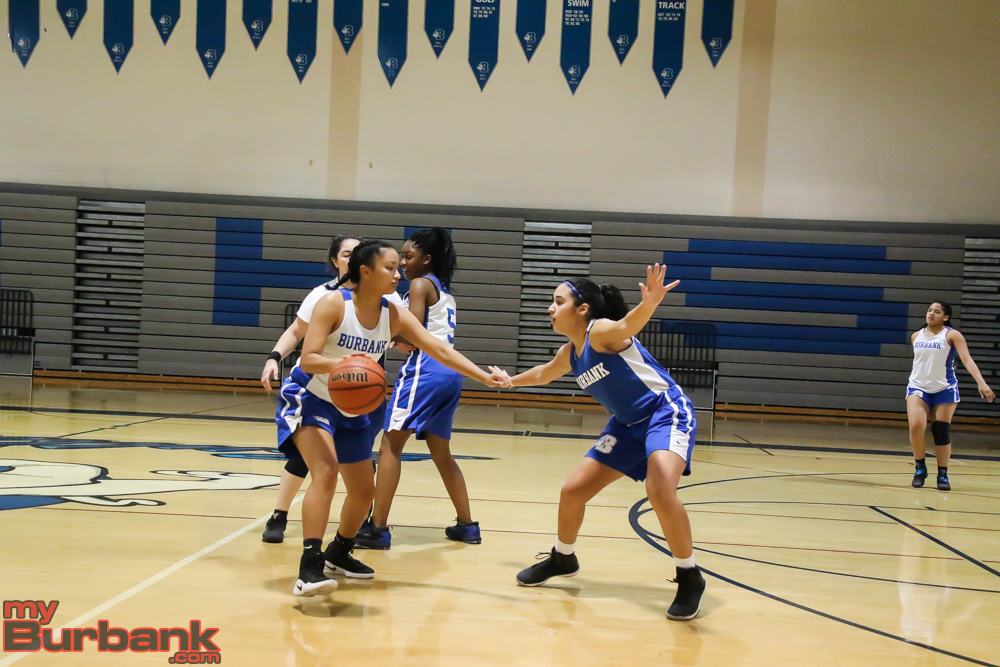 Junior shooting guard Osanna Tirityan delivered a team-best 15 points with eight rebounds and four assists for the Bulldogs (4-8), who trailed at halftime and the end of the third quarter.

Tirityan’s scoring output was doubled by the 6-foot, 3-inch junior center Destiny Brown, who poured in a game-high 30 points, including 22 points in the opening half when the Comets (10-1) pulled ahead 26-19.

Agile, quick and athletic, many of Brown’s points resulted from follow-up opportunities, so even if Brown missed her initial shot, she would spring up and grab the rebound and toss it toward the hoop and if it failed to find the mark, she’d repeat the process.

The first period was knotted at 14-14 behind Burbank freshman small forward Jayla Flowers, who tossed in all of her five points while Tirityan added five that included the first of four three-pointers.

“I wouldn’t say an off night. It wasn’t a complete off night,” said Wells of Tirityan, who struggled at times finding the hoop. “She was asked to do a lot tonight. She expects a lot from herself, which is good. Things didn’t fall her way tonight.”

The Bulldogs, who will likely play Cleveland in another consolation match on Friday, shot 23.5 percent from the field (12 of 51), were hard pressed to locate the basket in the second quarter, making two of 10 and tallying five points.

Tirityan found the range and drilled a trey in the second period and junior power forward Sofia Aslaynan (nine points) knocked in a hoop and tallied six points at the break.

In the second quarter, the Bulldogs turned the ball over eight times and had 15 miscues overall while the Comets committed 13 turnovers.

Senior point guard Sophia Jimenez was the only other Burbank player to score as she dropped in three-pointer in the fourth quarter.

Burbank was outrebounded by Westchester 49-38, and shot 33.3 percent from the floor at the half (eight of 24).

The Comets hammered in 10 of 35 attempts from the field for 28.5 percent at halftime and outrebounded the Bulldogs 26-18.

Burbank missed all 15 shots in the third quarter with the only scoring coming at the free-throw line as Aslanyan and Tirityan each made one.

Brown was up to her old tricks in the third frame as she accounted for six points as the Comets finished with 13 points and led 39-21 heading into the final quarter.

Burbank bounced back with a better fourth period, making four of 12 from the floor and limiting Westchester (29.5 percent on 18 of 61) to three of 12 with Brown scoring two points.

“Our game plan was to shut her down as best we could,” said Wells of trying to limit Brown’s scoring. “We knew she was going to get what she was going to get. What we didn’t want was for her to get a second, third and fourth chance opportunity. She’s going to miss shots, but she can’t get the rebound after the missed shot.”