Using six three-pointers, three in each half, Burbank (18-8 and 8-4 in league) erased a 14-11 opening-quarter deficit and outscored Pasadena 44-26 over the final three quarters.

Front and center was senior power forward Christina Mkrtchyan, who poured in a game-best 19 points.

“My shots weren’t falling,” Mkrtchyan said of her usual prolific outside shooting, “so I attacked the basket. I’d rather go to the hoop and get an and one. But if the shots [three-pointers] are there, I’ll take it.” 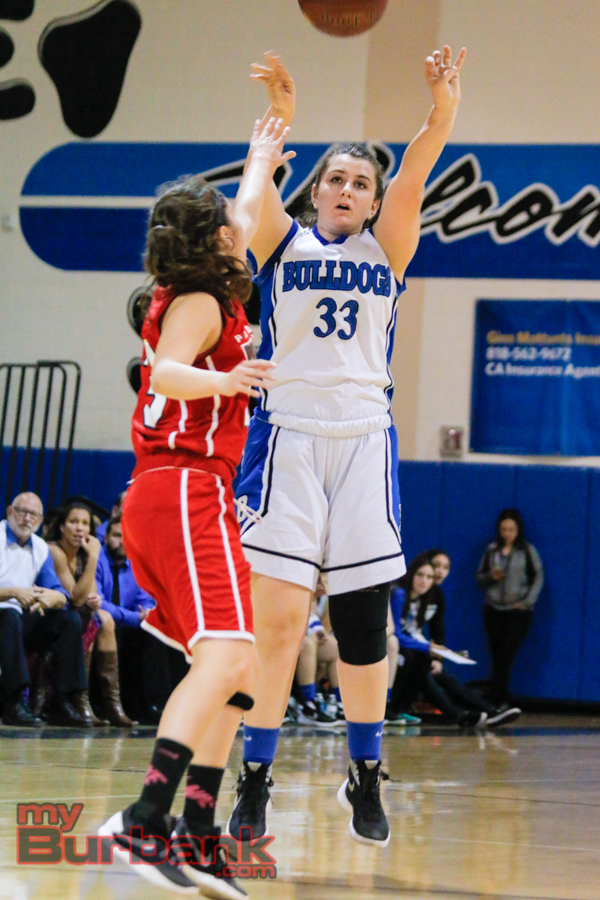 “We started a little slow because of Senior Night,” Burbank coach Bruce Breeden said. “We had to fight out of that, but we played within ourselves.”

Burbank outscored Pasadena (8-17 and 2-10 in league) 15-3 in the second quarter behind nine points from Mkrtchyan, who splashed in six of six from the charity stripe and added the first of two three-pointers.

In the frame, Tirityan scored six points while Mkrtchyan accounted for a trey and a free throw. 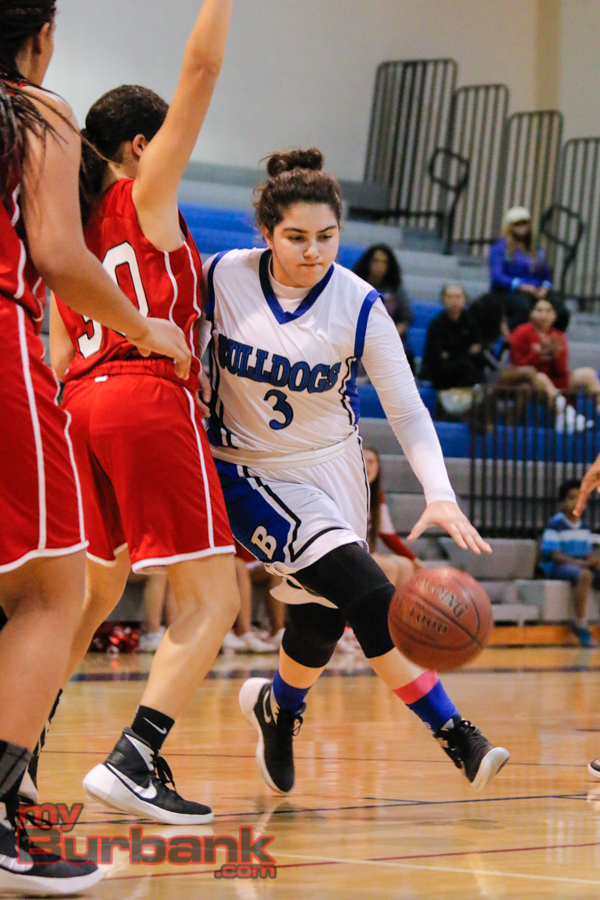 Kerr contributed a bucket, as did Mkrtchyan while Tirityan hammered in a three-pointer and Shamalian drilled two free throws.

Meanwhile sophomore forward Mariah Cathcart led the way for Pasadena (27.5 percent on 11 of 40) with 18 points, including 10 points in the first quarter.

Burbank plays at Arcadia on Tuesday with a 5 p.m. start and then travels to Burroughs on Thursday for the yearly showdown that commences at 5:30 p.m.