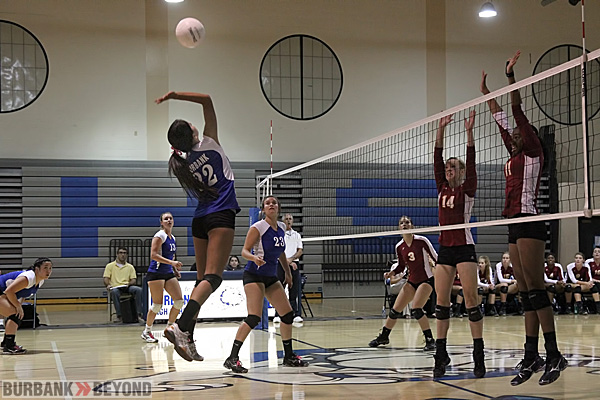 Jamie Gonzalez prepares for a kill against Valley Christian (Photo by Ross A. Benson)

Two shockers in one night. That’s high school playoffs for you. In this case, girls volleyball was at the forefront. 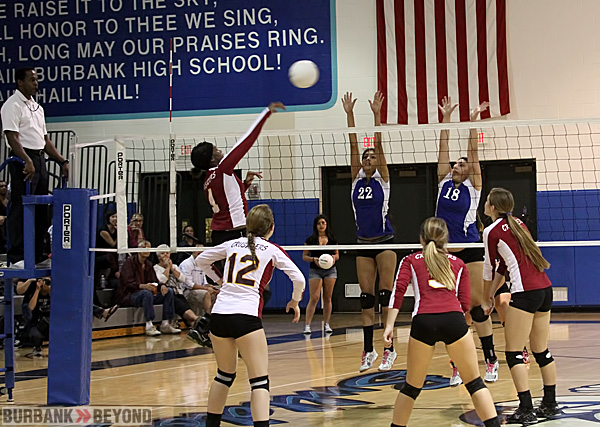 Jamie Gonzalez, #22, and Stephanie Eskander, #18, go for a block against the Crusaders (Photo by Ross A. Benson)

After winning a share of the Pacific League title last week for the first time since 1975, the Bulldogs were looking to advance deep into the playoffs this year. Unfortunately, it wasn’t their night as the Crusaders won handily.

Denise Daniel led the Bulldogs with 11 kills while Katie Hooper had nine kills. Tyler Brooks  had 13 assists for BHS. 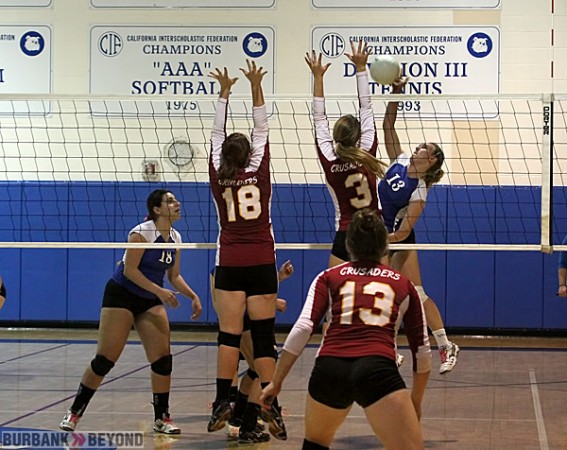 With the win, JBHS will host a second round match at home against Oxnard on Thursday at 7 p.m.