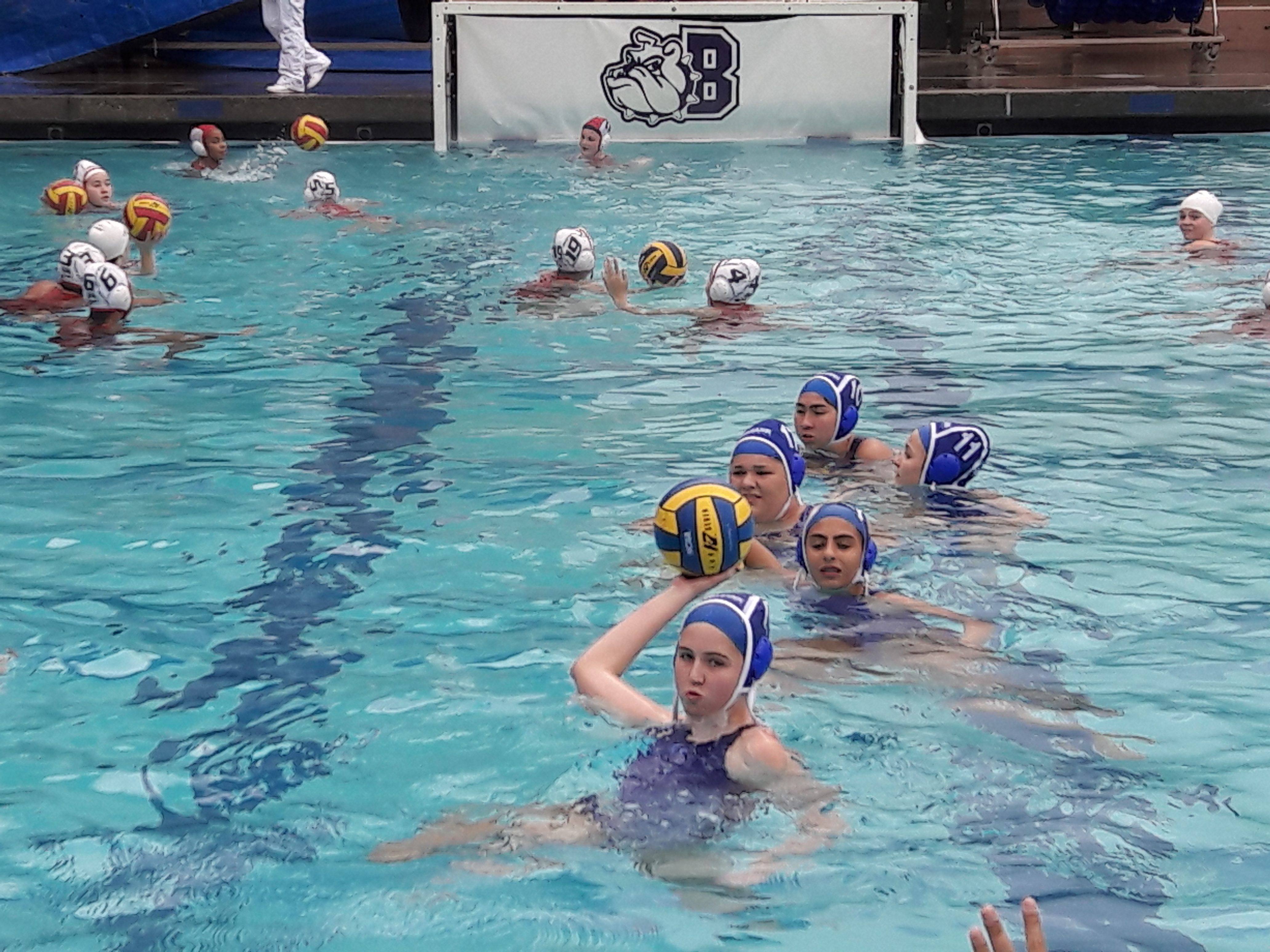 Despite failing to score in the first quarter, Burbank rallied in the third period and came within three goals late in the frame, and one goal early in the fourth period, but ultimately fell 13-7 in the league opener.

Three players scored for Burbank (4-5 and 0-1 in league) with senior utility Lexi Lyneis and senior driver Sune Aghakian each knocking in three goals and junior driver Michelle Morlock adding one.

“If we would have had a better start and worked together and not put so much pressure on each other, would have made safer passes and protected the ball, it would have been a lot closer in the beginning,” Burbank coach Allyson Young said.

Burbank outscored Pasadena 4-2 in the third quarter and a tally from 10 feet by Lyneis and 2:51 left cut Pasadena’s edge to 9-4.

Morlock’s eight-foot dart with 6:11 left in the fourth quarter shaved Pasadena’s lead to 9-7.

Aghakian’s strike from five feet with 2:27 on the ticker in the second quarter sliced Pasadena’s advantage to 5-1 and Aghakian’s 15-footer with 11 seconds left before halftime saw Burbank move within 7-2.

Young liked what she saw in the third quarter and wants to see more of it. “They were communicating,” she said. “They were swimming down and driving. They were working together. They were playing as a team rather than a bunch of individuals.”

Pasadena (4-6 and 1-0 in league) was led by senior Fernanda Alvarez with a match-best five goals, including two tallies in the first and second quarter.

Senior Shannon Brierty added three goals for the visitors, who led 3-0 after the first frame and 7-2 at the intermission.

“We did come out quick. We knew we had some fast swimmers that could do counter attack,” Pasadena coach Sean Phillips said. “Be pretty dangerous as far as offense goes. So we knew we’d get quick goals in the beginning, at least have the possibility.”

Phillips went on: “In the first half, I was really pleased with our girls. Pretty tenacious. But you got to hand it to Burbank for their resiliency. They had that comeback. It made me really nervous in the third quarter, especially.”

Pasadena scored two goals in the third frame with Brierty knocking one home from five-feet with 6:24 left that made it 8-2 and sophomore Nicole Wallius from five feet with 5:43 left for a 9-2 edge.

Pasadena pulled ahead 1-0 on senior Calypso Brenard’s goal from 10 feet and 5:01 left.

Alvarez scored back-to-back tallies including one with 1:30 left on a 10-foot backhander and a three-footer with 1:02 remaining that made it 3-0.

Pasadena increased its advantage to 5-0 in the second quarter on a 10-foot goal from senior Sara Winsky with 4:40 left and a 10-footer with 3:22 showing from Brierty.

Alvarez scored with 2:06 left from three-feet that made it 6-1 and then added another three-footer with 1:34 showing for a 7-1 edge.

Pasadena ended the fourth quarter by scoring four straight goals that included a tally from Brenard from six feet with 5:19 left that made it 10-7, Wallius locating the back of the net from five feet at 4:59 for a 11-7 cushion, Brierty drilling one from three feet and 3:19 left for a 12-7 margin and Alvarez’s bullet from five feet with 1:58 left for a 13-7 lead.