The high school student winners of the Burbank Bob Hope Airport 2016 Tower Banner Student Art Contest from Burbank, Glendale and Pasadena Unified School Districts presented their winning artwork at the March 7, 2016, Airport Authority meeting. The winners were chosen from 219 entries across all three districts. Joining them were their art teachers and district art coordinators, along with many of the students’ proud parents. 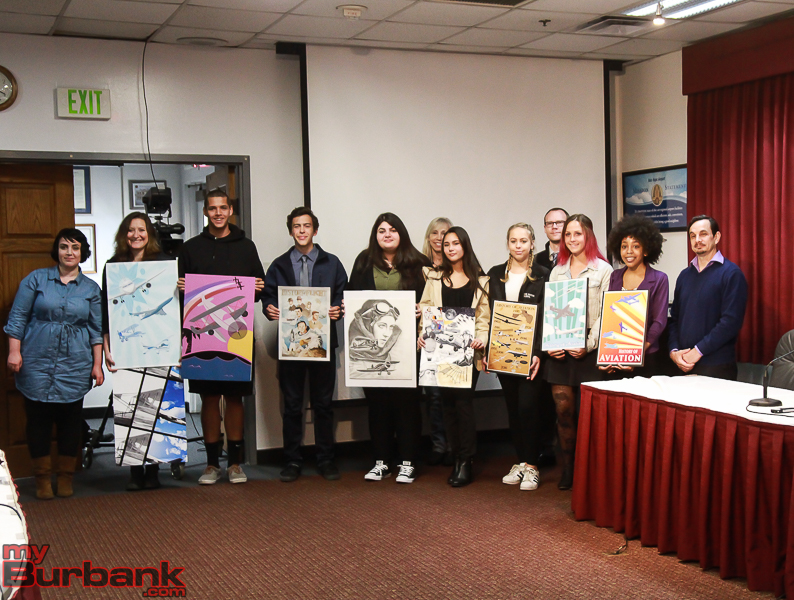 This is the ninth year the Burbank-Glendale-Pasadena Airport Authority has sponsored the contest for students of the respective Unified School Districts in Grades 9 – 12. Each year, the Airport chooses a different aviation theme for the contest. This year’s theme was “History of Aviation.” In 2015, the theme was “Great Moments in Flight.” In 2014, the theme was “Skies of Freedom.” In 2013, the theme was “The Sky’s the Limit,” and in 2012 and 2011, the artists illustrated “Cleared for Take Off” and “Up and Away.”

The Burbank Unified School District determined which submissions are its top three entries. The arts and culture commission from Burbank then consider the three entries and make the final award of the first place entries based on the judging criteria set forth in the Authority’s contest rules.

The winning artwork from each school district is enlarged to a size of 16 feet by 26 feet for an approximately three-month display on the Burbank Bob Hope Airport terminal tower, where it is seen by nearly a million travelers and airport visitors as they arrive and depart the Airport. 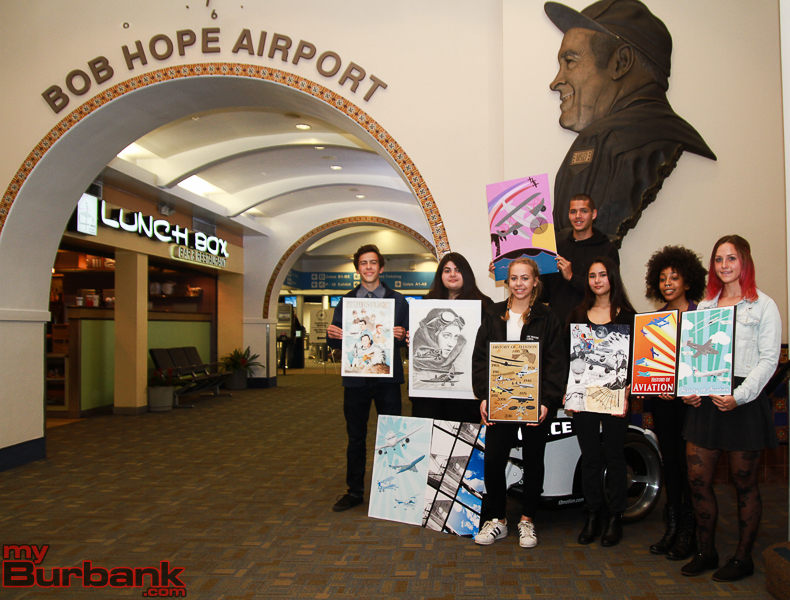 Since the contest’s inception nine years ago, $22,500 has been awarded to each school district in honor of the winning entries, with the stipulation that the award be used to help support and promote the districts’ education programs for the arts. This year, each district will receive another $3,000, bringing the total to $25,500 for each school district.

The winning entries displayed on the tower are rotated among Burbank, Glendale, and Pasadena. This year, 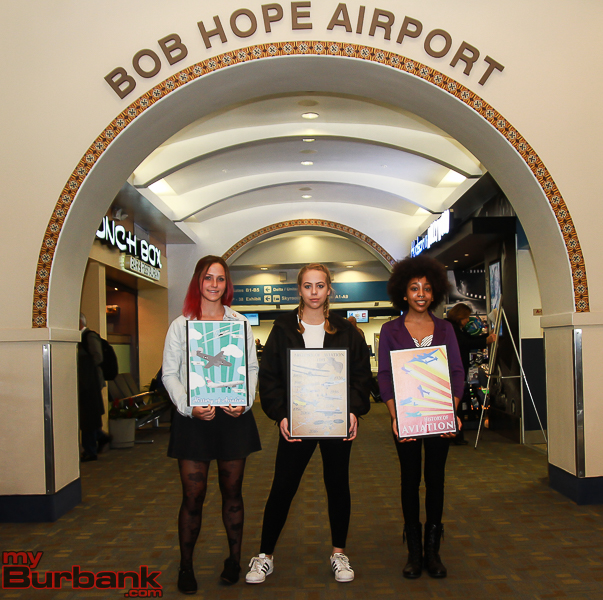