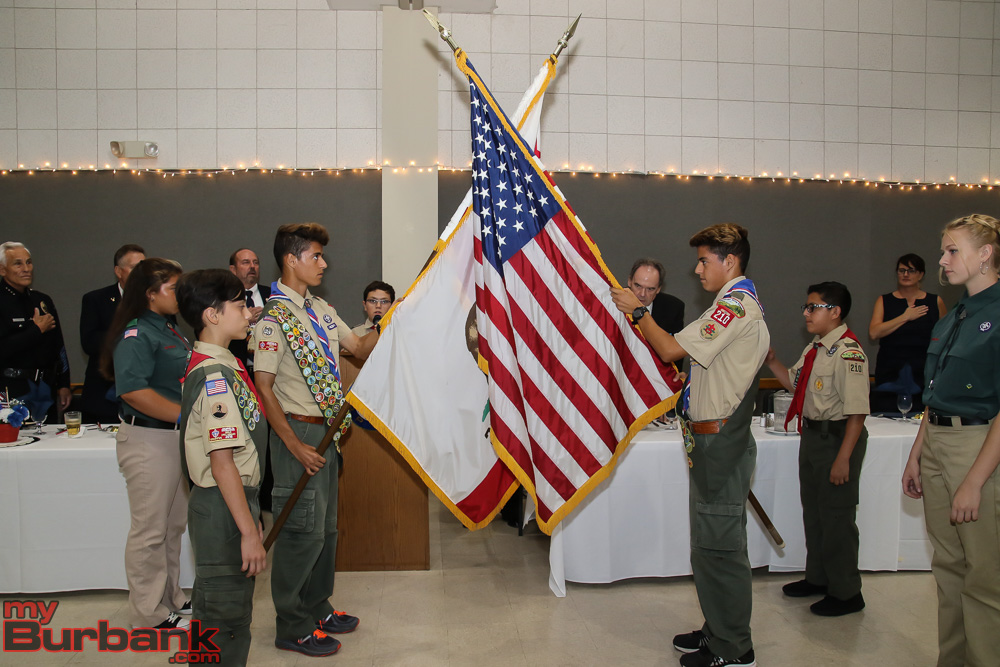 On Wednesday, August 30th, Burbank honored our own hometown heroes with a Community Service Awards ceremony at the Elks Lodge. The awards event was two years in the making, and honorees were made up of the 2015 and 2016 years. The event was organized by the  Burbank’s Elks Lodge 1497, and with little help from Burbank’s very own Boy Scouts Troop 201.

The awards proved to be a good reminder Burbank’s city leaders are some of the best in the country. That same reminder is more important now after the La Tuna fire, which you can read more about here. Now, without further ado, let’s go over the list of award recipients!

Teachers of the Year 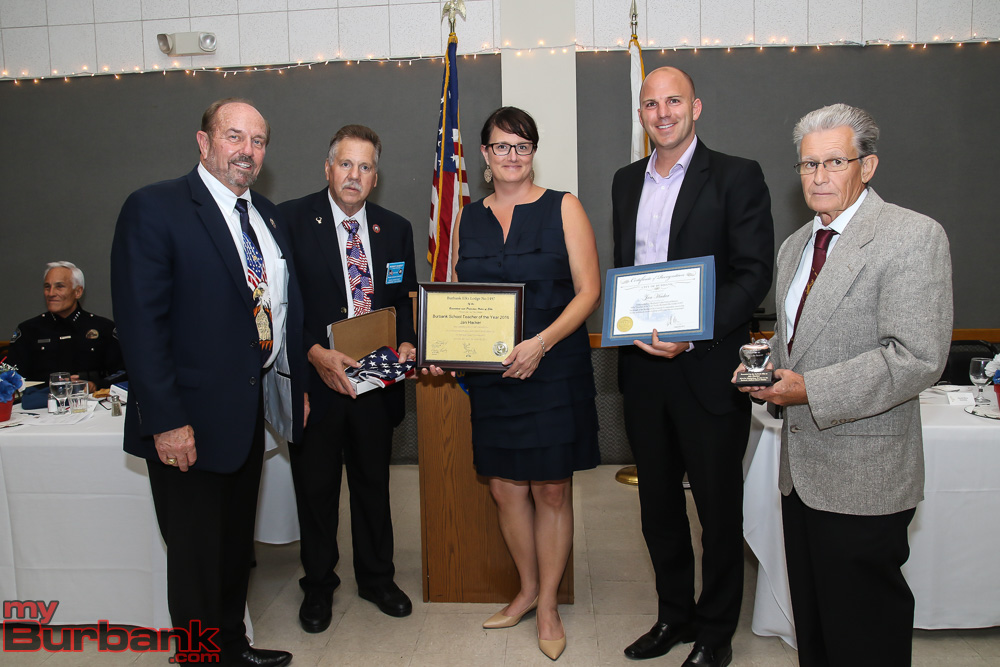 For the 2015 year, Sara Line was given the Teach of the Year award for an outstanding job in promoting achievement and success to our young students here in Burbank.

As for the 2016 year, Jan Hacker of John Burroughs High School was awarded Teacher of the Year. As for what this award means to her, Hacker had this to say:

It’s really been an honor to be included with the other individuals that were here tonight, mostly because it’s very representative of the kind of town Burbank is all about. The people that I’ve met here tonight are all parents, students, and grandparents. That’s what it’s all about: Everybody being a part of the same thing. Tonight really made me feel like that. With officers, firefighters, city workers – to be included in that crowd, and to be representative of what Burbank is all about, it’s a huge honor for me.

Police Officers of the Year

Officers of the year were awarded to incredible public servants who have gone above and beyond to ensure they’re the best they can be for the city of Burbank. The following officers were awarded for the 2016 year: 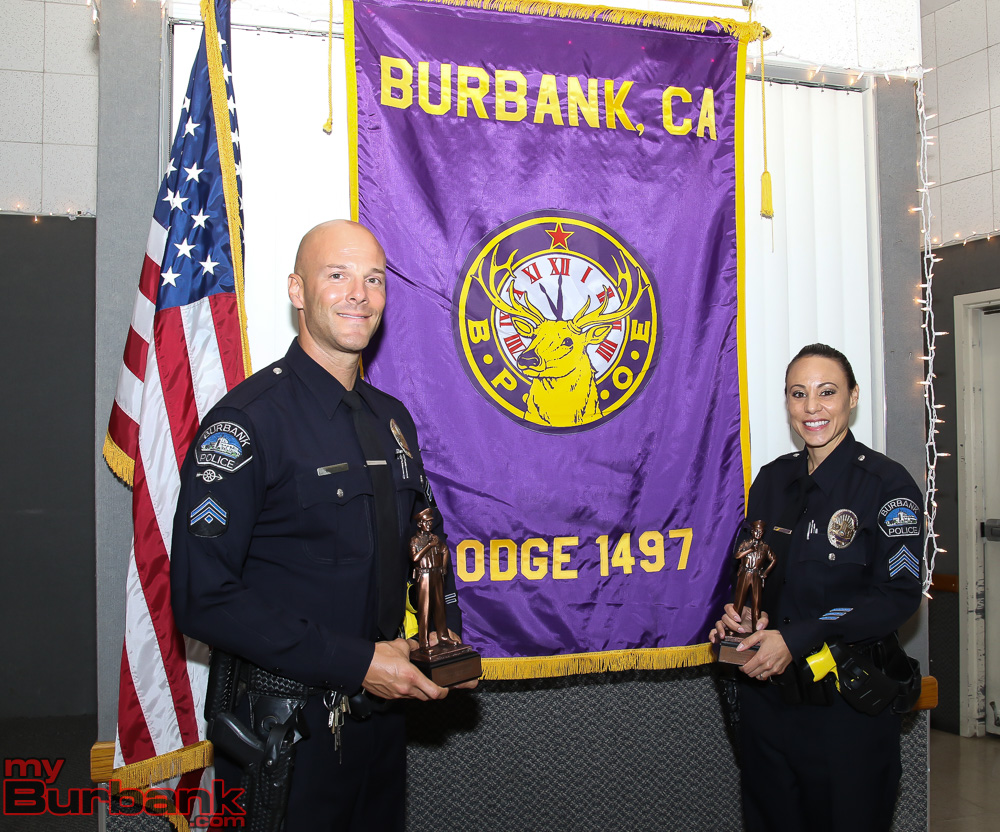 After the awards ceremony, I was able to catch up with Officer Cindy Guillen to ask her what this award meant to her:

This award is very special to me. One, because there was a lot of hard work that we put in. My partner and I were one unit, working together and working for the community. We did everything we possibly could to not only make the community better, but to mend the gap between the police department and the community. The work we did is appreciated through this award and we’re very grateful to be honored.

City Employees of the Year

For the 2015 year, Bradley (Brad) Recker was awarded for his unrelenting passion to make Burbank better.

For the 2016 year, Bill Parrish was awarded for his outstanding service to the community.

Firefighters of the Year 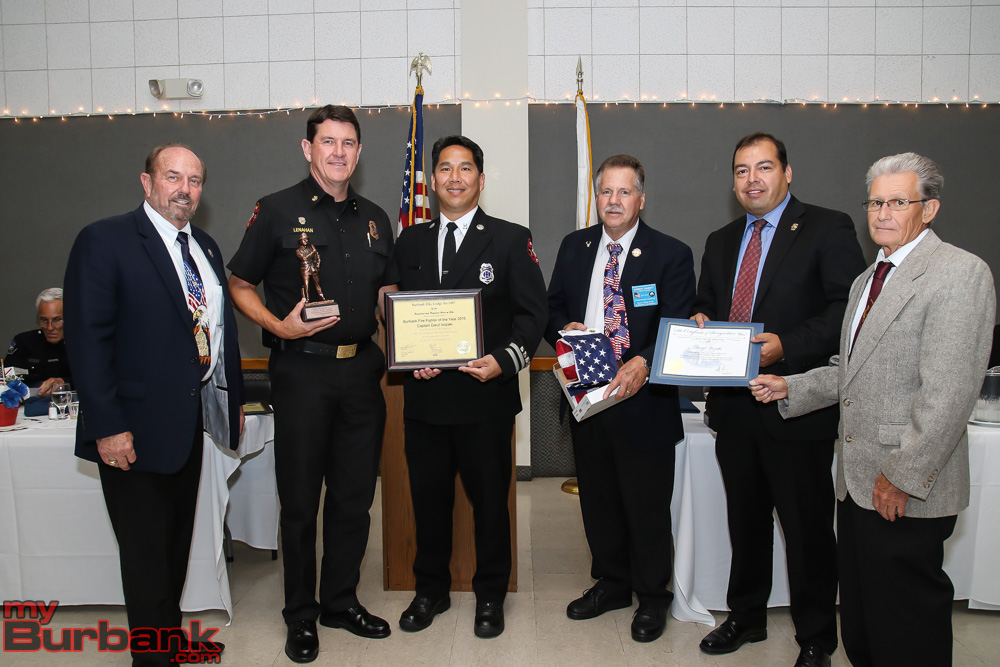 Firefighters of the year are chosen by other firefighters. By voting for an individual, firefighters are essentially choosing the best representation of the entire department.

Captain Daryl Isozaki was awarded Firefighter of the Year for 2015. Isozaki has been a part of the the Burbank Fire Department for 31 years. After the ceremony, I caught up with Captain Isozaki to get his take on his award:

It’s a privilege. I’m on the tail end of my career right now, and I’m going to retire this year. I’ve seen a lot of things change over the years and the one thing that doesn’t change for the Fire Department is their quality and talented people that we have. It’s a privilege for me to be able to mentor some of our young firefighters and help them out in their career. This is a good expression of the department expressing years of service and some of the contributions we’ve made.

As for the first thing he’s going to do after retiring, Captain Isozaki simply plans on going fishing. 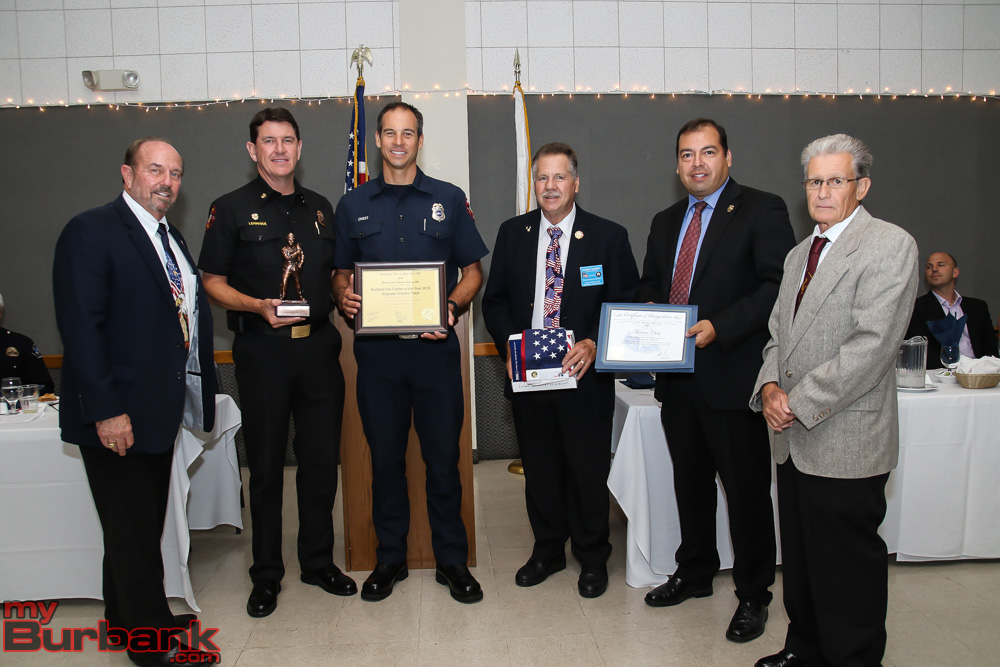 Engineer Andrew Chest was awarded Firefighter of the Year for 2016. On the award, Chest had this to say:

If you’d like to see more of the ceremony, take a look at the pictures below!