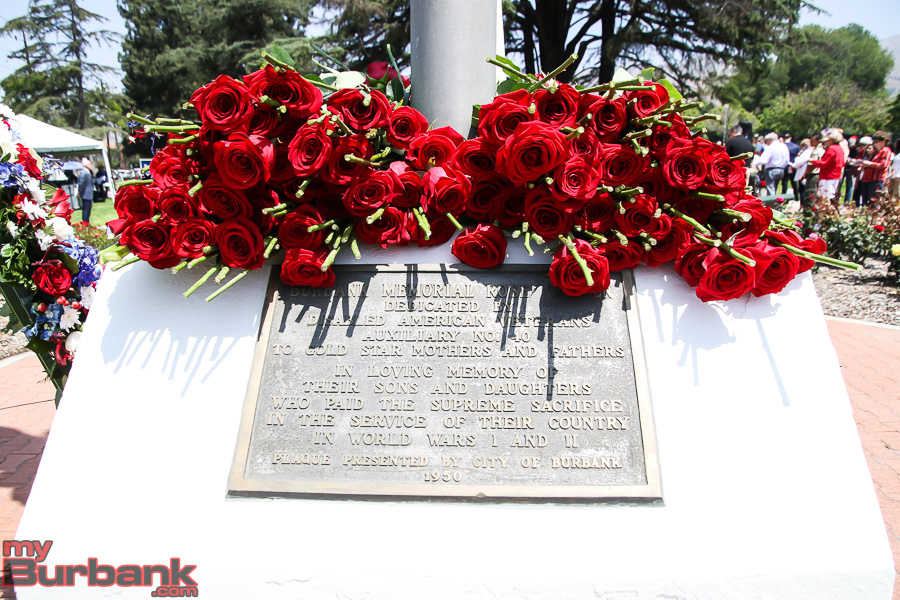 Local Scout troops placed Red Roses after every name was called on the monument of the conflict they served in.

Mayor Emily Gabel-Luddy spoke and reminded the guests in attendance that those who served and did not come home will always be remembered here in Burbank. Joining Gabel-Luddy speaking were Congressmen Adam Schiff, California State Senator Anthony Portantino, Assemblymember Laura Friedman.

Here is a photo gallery of the event. Click on any picture to see it larger.