The Burbank Human Relations Council presented an interfaith forum, “A Christian, Muslim and Jew: In Conversation” on Sunday, July 29, at Woodbury University. In a room full to capacity, over 100 members of the community gathered for dinner and some dialogue. 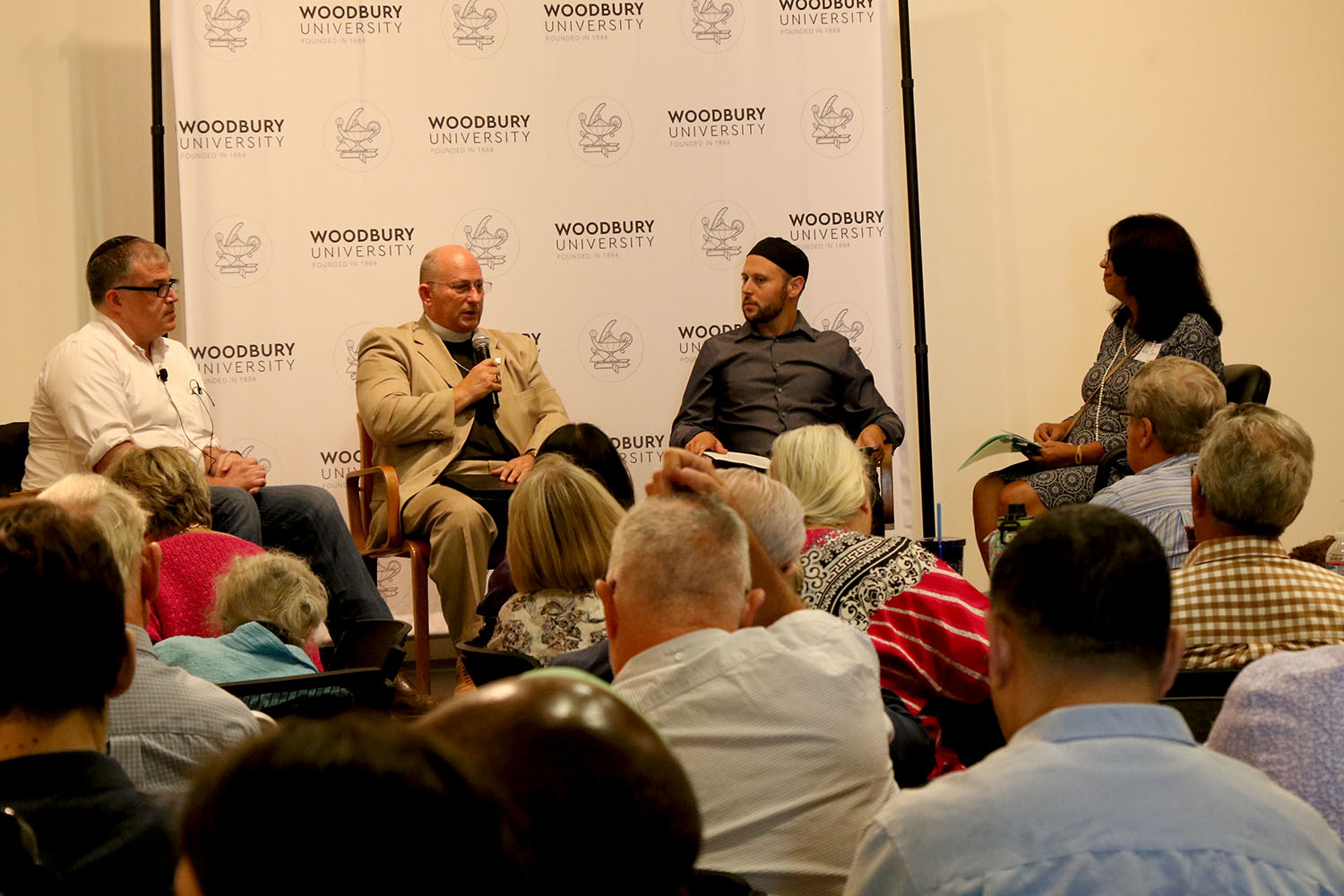 The vision and guiding principles of the event were reviewed by David Meyerhof, chairperson for the forum and member of the Burbank Human Relations Council.

“Fifty-five percent of the world’s people – or four billion people – are Christians, Muslims or Jews,” said Meyerhof. “Understanding each other and having a willingness to work with each other, regardless of what you believe, is a skill that could have unimaginable power in regards to the fate of humanity.” 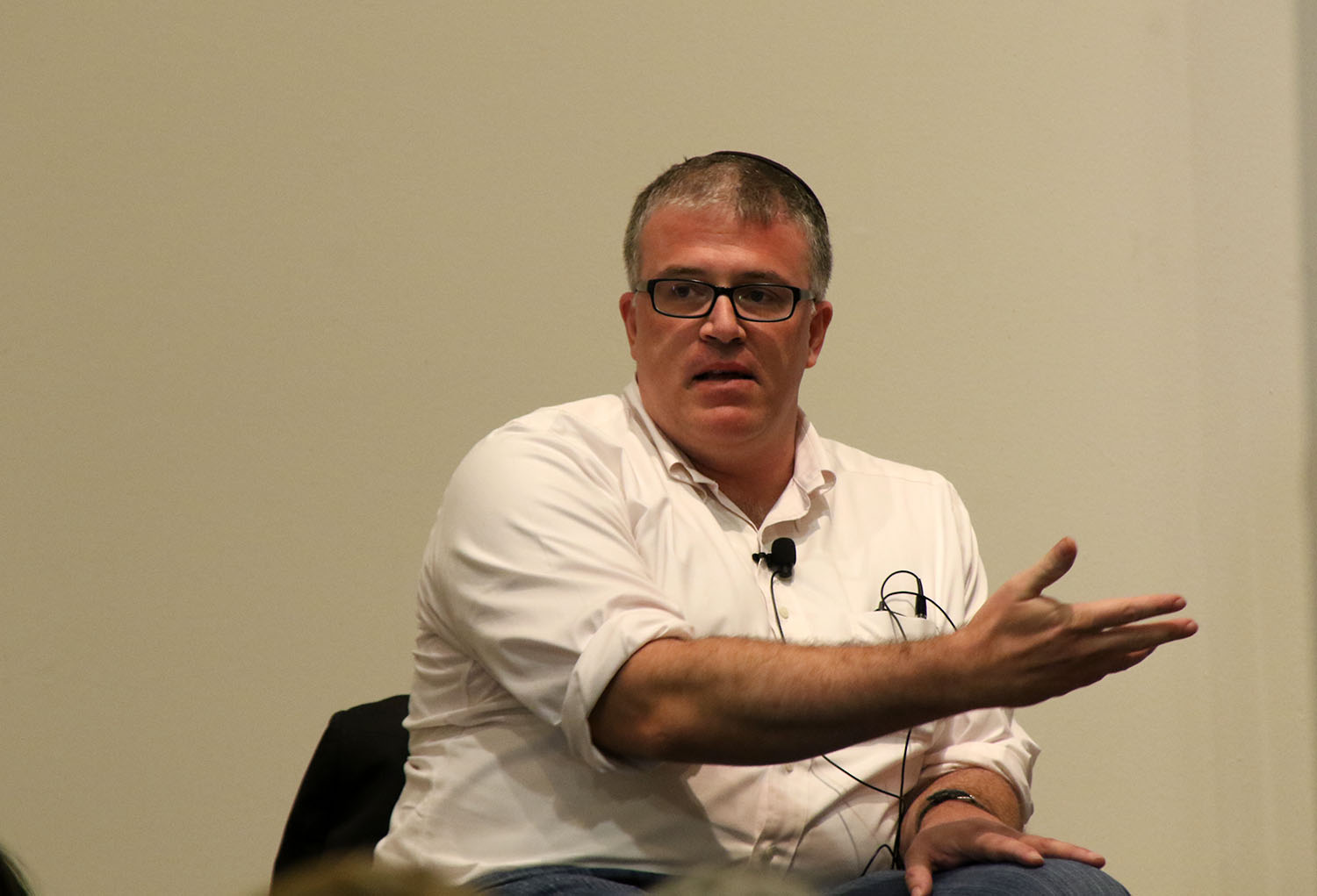 The panel of Rabbi John Carrier, Brother Daniel Amin Colman, and Reverend Jose Poch have been meeting over the past year, and for the first time publicly exchanged questions and answers with one another.

The exchange offered an opportunity to witness deep thoughtful dialogue. Each representative expressed their own firmly held conviction, yet all modeling a willingness to understand and listen to the other. The conversation offered clarification and further understanding of the tenets of the respective faith traditions. 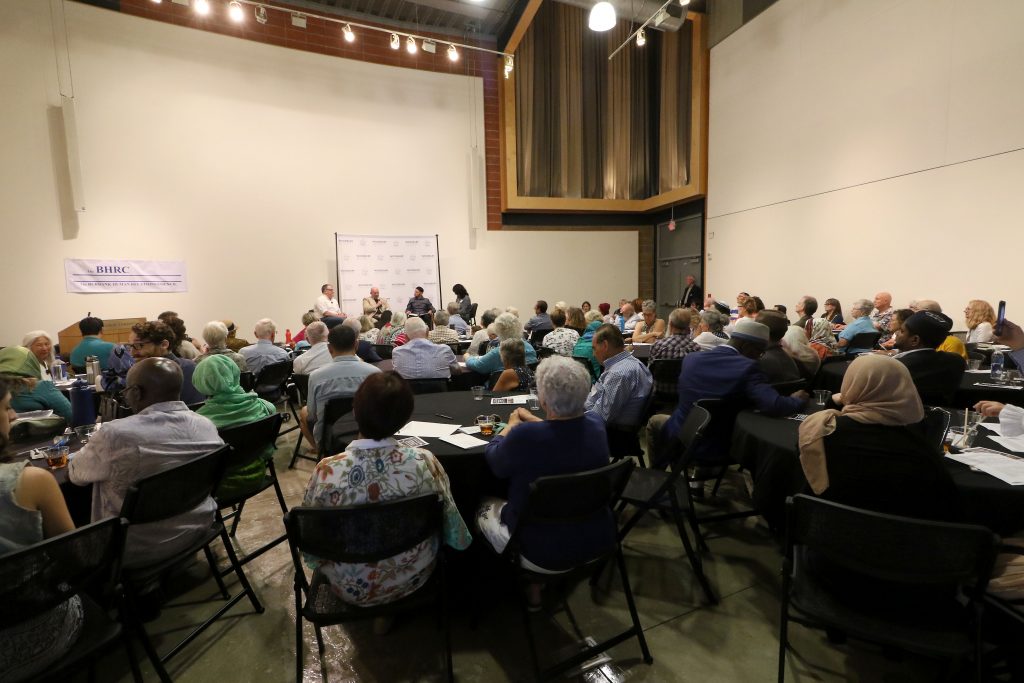 The audience was presented with an opportunity to ask questions that had a broad range of inquiry, from theological specifics to the role of love as reflected in their own faith and in service to the community.

“It is possible to maintain individual perspectives, while at the same time being able to reach out, shake hands, and work with a community of people from different backgrounds; this is what the Burbank Human Relations Council calls ‘togetherhood,’” concluded Chapman. 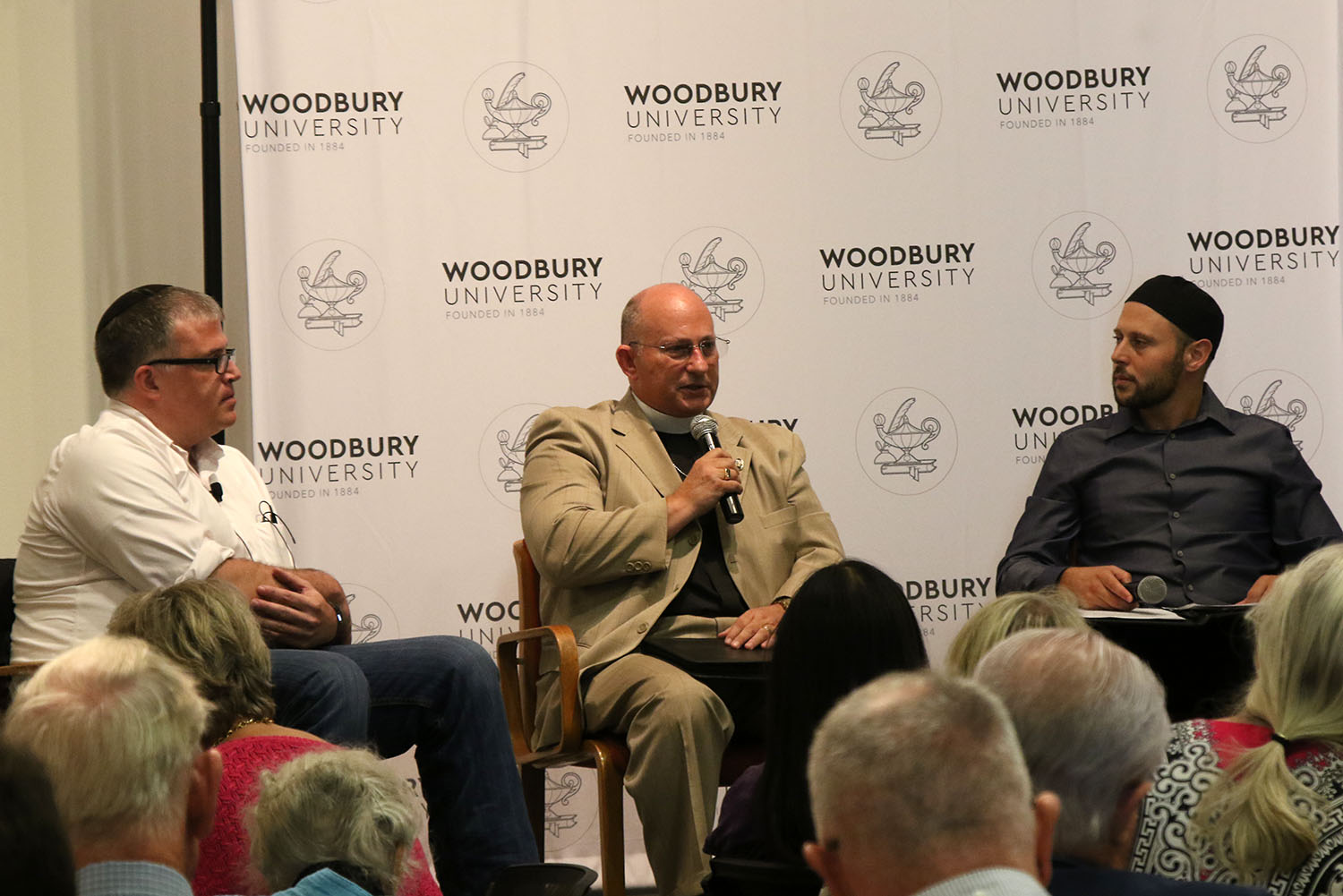 This year the Burbank Human Relations Council is celebrating 60 years of building ‘togetherhood’ in the community and is planning for more opportunities to bring the community together in celebration and for further connectedness.

Murdered Boy Was Jordan Middle School Student
Burbank Police Turn to Electronic subpoenas, iPhones and Apps in Crime Fighting
Road Kings Give to Local Causes
It's on to the Next Election, Burbank