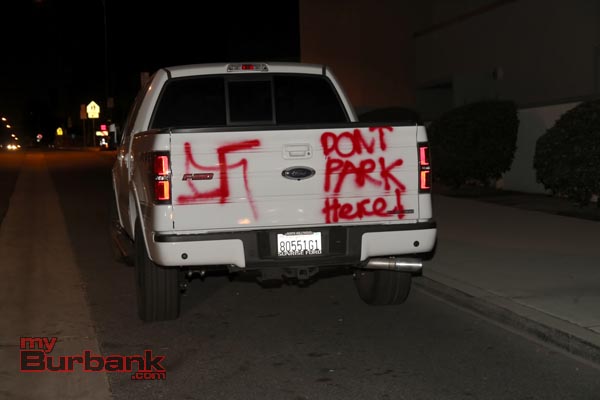 Burbank Police arrested an 18 year-old Burbank resident after a series of graffiti incidents occurred in the hill area of Burbank Monday evening.

Drew Benda, 18, was arrested for felony vandalism and hate crimes after he allegedly spray painted over a dozen vehicles, garage doors, gates, fences and other residents personal property.  The incidents occurred in the 700 and 900 blocks of Amhurst, Bethany, Cornell, and Deleware. 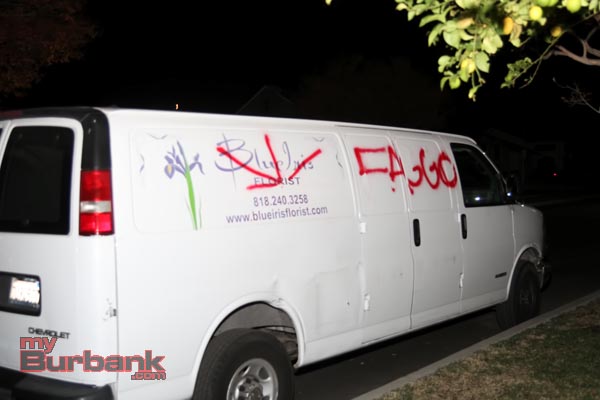 Burbank Police Watch Commander, Sgt. Claudio Losacco, said that the suspect did not give a reason for the vandalism after being arrested by police.

While right now the number is over 12 instances, police are still waiting for more potential victims to come forward after the crime spree.

Because some of the graffiti had specific messages, they are is some instances also being classified as hate crimes with words starting with the letter ‘N’ used as well as swastikas that were spray painted.

Benda is being held in the Burbank jail with bail being set at $50,000. 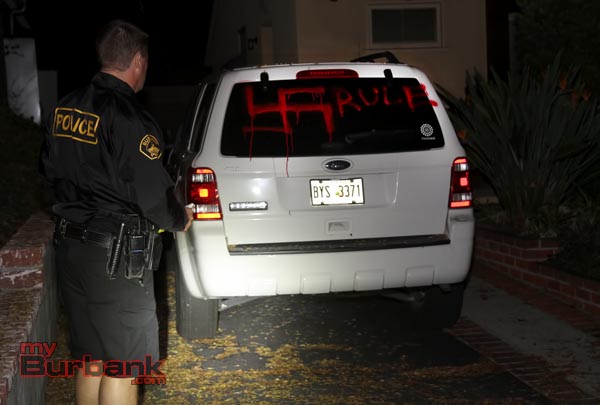 Burbank Police Officer Jeff Goenner takes a report at one of several victims cars that were vandalized Monday afternoon. ( Photo by Ross A. Benson) 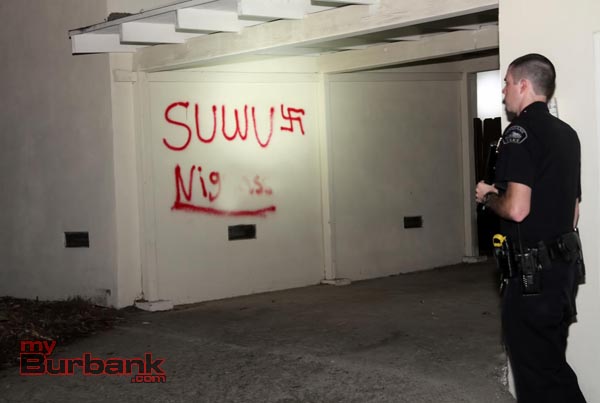 Burbank Police Officer Blaine Shifley checks out one of over a dozen locations that were damaged with graffiti Monday afternoon. ( Photo by Ross A. Benson) 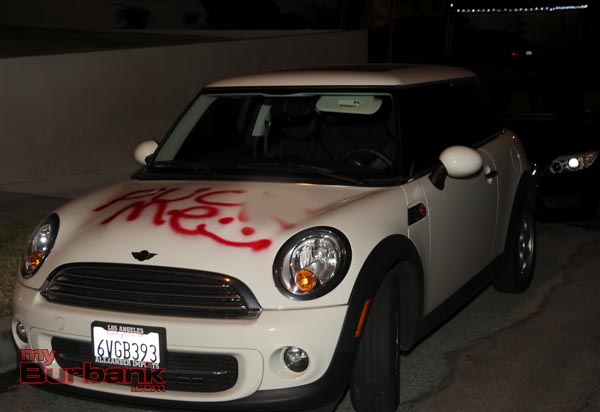 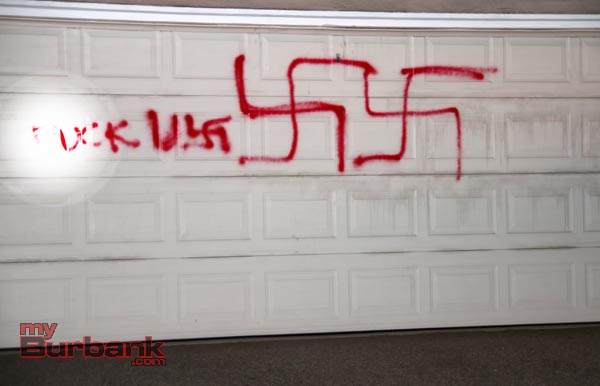