Buss received the news just in time for the 14th annual Bubble Wrap Appreciation Day, which was Tuesday, Jan. 27th. 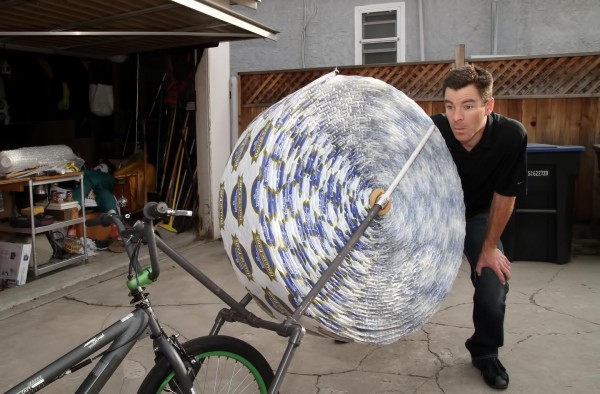 The four-year resident, by way of Tuscon, is the first-ever inductee into the Bubble Wrap Appreciation Day Hall of Fame, according to BubbleWrapFun.com.

The long-time magician and funny man, who hosts Magic Mondays at Burbank’s Flappers Comedy Club and Restaurant, had an idea that would eventually involve him attaching a large roll of Bubble Wrap to a bike, riding over it, and creating the loud popping noise Bubble Wrap fanatics have come to love.

He had created a Bubble Wrap Bike.

Why bubble wrap? Why put it on a bike?

“Why not?” Buss said this week by phone, feigning offense. “Let me just answer that right here.”

As the story goes, Buss and his wife welcomed a baby boy into their lives two years ago and were not getting a lot of sleep last summer.

Buss wasn’t getting much time to play around in his workshop and try out new tricks, mostly doing laundry and making lunches and dinners. 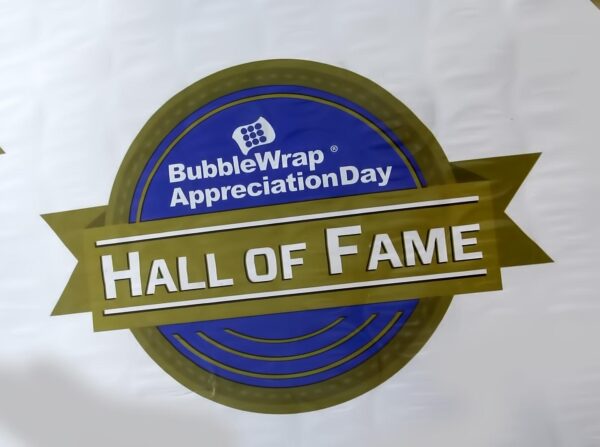 One day in his workshop he saw a bike, and started popping some Bubble Wrap that had been used to ship magic props.

Buss had seen people running over Bubble Wrap on YouTube and “took it to the extreme,” he said.

Once he realized the bike would pop the Bubble Wrap, he ordered a large roll, put it on the bike and committed.

Something just clicked in his head, Buss, 39, said.

“What if?” Buss said, of how his thought process began. “It’s how a lot of routines are born.”

“I like to juxtapose something mechanical with something silly,” he said. “This falls right in line with what I do.”

He added: “I made the video and I don’t perform it on stage. People watch it over and over and I don’t have to do much work – it’s great.”

The YouTube video of him doing this, also found by searching “Bubble Wrap Bike,” hit almost 1.6 million views this week.

The video was published on July 26.

“It was almost a week to the hour that [the video] hit 1 million views.”

Buss said his road into magic started when he was 16 and involved a pizzeria – like all good stories – and the Tuscon chapter of the Society of American Magicians, the oldest magical society in the United States. He also performs a few times a year at the Magic Castle.