A Burbank police motor officer, who was on his way home from his shift, was struck by a motorist on the 5 Freeway northbound near the 170 interchange Wednesday evening.

The officer name has not been released. Following the collision, the officer was able to use his expertise he has received in motorcycle training and kept the bike upright. Because of that training, the officer only received minor injuries and was transported to a local hospital to be checked out for his injuries. 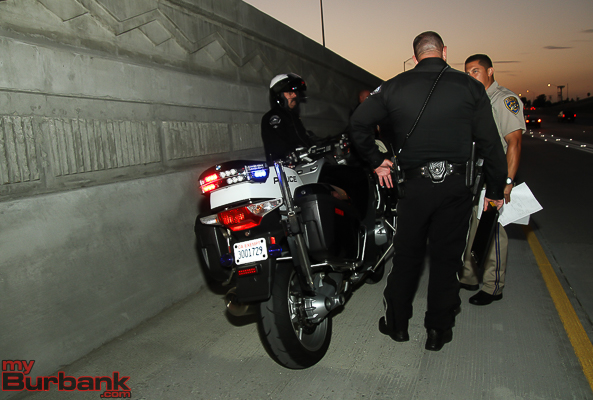 Other officers who were riding with the Burbank motorcycle officer witnessed the collision. One of the officers stayed with his fellow injured officer while another officer went after the driver, who proceeded to the 118 Freeway about five miles away before finally stopping. The driver’s mirror on the suspect’s car was totally broken off the door from striking the officer. 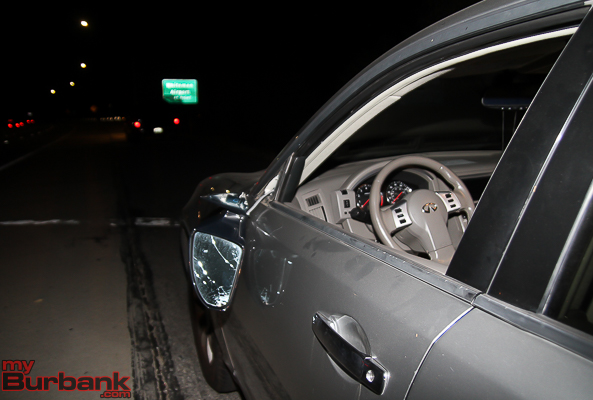 The hit and run driver was arrested and booked by CHP for felony hit and run causing bodily injury.  She was identified as Terri Nickel, 46.  CHP officers also responded to both scenes for the arrest and the investigation.