Prescott began working for the City of Burbank as a Senior Planner in August, 2006 and has served as the City’s Deputy City Planner since October, 2012. He earned his Master of Urban and Regional Planning from Cal. State Polytechnic University Pomona. 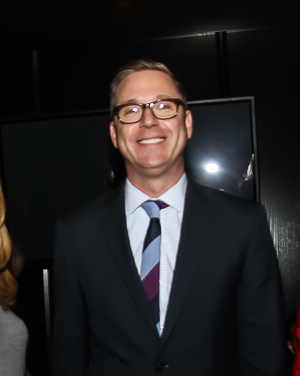 “During the vetting process, Patrick rose to the top,” said Scott. “His experience heading some of the city’s largest and most sensitive projects over the last ten years makes Patrick uniquely qualified to lead the department. I’ve been very impressed by his recent efforts to train and develop new members of the CD Department.”

Due to Scott’s pending retirement on February 5, 2016, Prescott was named the interim CDD director. The permanent CDD director appointment will be made after Scott’s successor is in place as the permanent City Manager.

“I’m honored to have been given this considerable responsibility,” said Prescott. “I look forward to working with the City Council and the Burbank community to effectively advance the quality of life and economic opportunity in the community.”

The CDD director position has been open since July following the departure of Joy Forbes who left the City of Burbank to accept a job in the private sector. Since that time, Assistant City Manager Justin Hess has been serving as the acting CDD director. Prescott will begin his duties as interim CDD director in January 2016.