Burbank native Julie Adams won the top prize of the forty-fourth annual George London Foundation Competition for young American and Canadian opera singers, along with five additional finalists. The winners were announced February 27 at the end of the final round of the competition at Gilder Lehrman Hall at The Morgan Library and Museum in New York City. 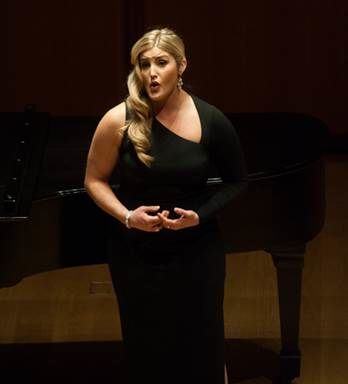 Each award includes a cash prize $10,000. The George London Awards are one of the most prestigious vocal competitions in the country. More than $2 million has been awarded since 1971 to young American and Canadian opera singers, many of whom have gone on to international stardom.

Adams recently won the grand prize at the 2014 Metropolitan Opera National Council Auditions.  She is a first-year San Francisco Opera Adler Fellow and alumna of the 2014 Merola Opera Program, where she performed the role of Blanche DuBois in A Streetcar Named Desire.

This past fall, she sang the role of Mimì in San Francisco Opera’s presentation of La bohème for families. During her studies with César Ulloa at the San Francisco Conservatory of Music, from which she received bachelor’s and master’s degrees, she performed the roles of Blanche in Les Dialogues des Carmélites, Mimì in La bohème, Fiordiligi in Così fan tutte and Lauretta in Gianni Schicchi.

Other credits include Lia (Debussy’s L’Enfant Prodigue) at the International Vocal Arts Institute in Tel Aviv; Pamina (Die Zauberflöte) at the Music Academy of the West in Santa Barbara; and Magnolia Hawks (Show Boat) and Rose (Street Scene) with the Oakland East Bay Symphony. Adams is a former studio artist with Opera Santa Barbara.

“As Adler Fellows, our responsibilities include covering/understudying the main stage singers and sometimes we even sing small roles on the main stage,” said Adams. “We also take part in daily classes such as movement classes, language classes, acting classes, costume classes, voice lessons, vocal coachings, etc. It is a wonderful place to be and I couldn’t be happier.” 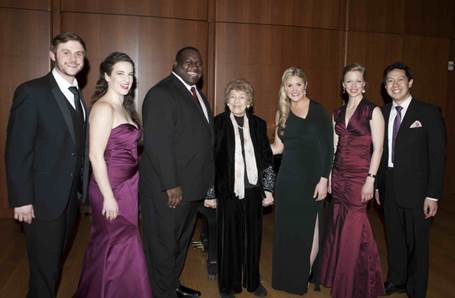 Adams’ next performance is a Schwabacher Debut Recital accompanied by San Francisco Opera Head of Music Staff John Churchwell on Sunday, March 29, in San Francisco. More information about the performance can be found at this link.