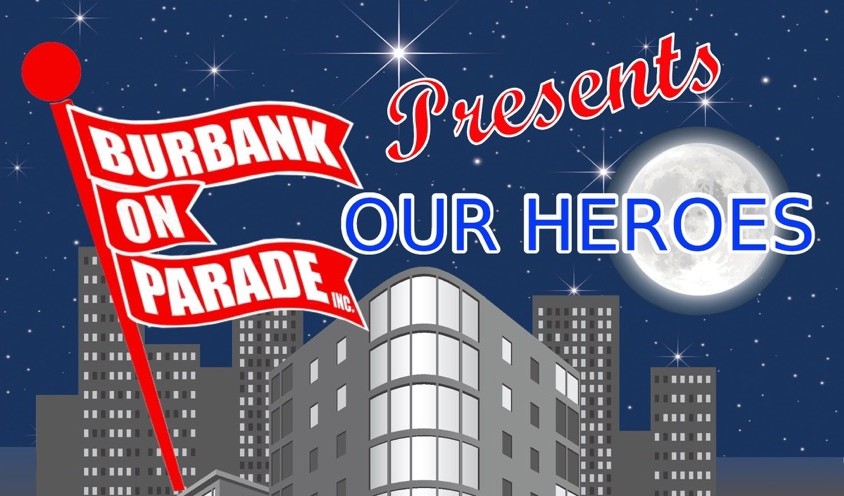 The Burbank On Parade Committee announced today that for the first time it is expanding to a daylong celebration featuring several interactive events for the whole family on Saturday, April 23.

Titled “Burbank On Parade and Family Festival” the highlight of the day will be the 35th annual parade, which showcases the theme “Our Heroes”. It begins at 11 a.m. and travels east along Olive Avenue from Keystone to Lomita streets. The parade route will be closed to vehicle traffic at 6 a.m. in preparation for the Burbank Fun Walk/Run at 7:30 a.m. to be followed by CicLABurbank — a bicycle ride on the parade route — beginning at 8:30 a.m. and organized by WalkBike Burbank.

Post-parade events from 2 to 4 p.m. include a car show, street dancing to live musical entertainment and over a dozen food trucks.

It will be a wholesome, epic event, said parade President Carey Briggs.

“We want to make this day the most robust day in Burbank,” he said. “I’d like to see everybody come out to the parade and not just the parade, it’s going to be an epic day of celebration. We are having more events than we’ve ever had on parade day and we are hoping to showcase Burbank’s volunteers and their heroes.”

There will be fun things the whole family can do together before the parade, said festival chairman Ross Benson.

“All ages can join in the run/walk as well as the bicycle event,” he said. “With the Chandler Bikeway in town, more families are spending their weekends on two wheels — and when is the last time you got to ride your bike down the center of Olive Avenue?”

After the parade there will be a car show, live music and food trucks.

“We want people to sit back, enjoy good music and enjoy the cars driven in the parade plus other community members showing off their classics,” he said.

A lot of planning is going into this special 35th anniversary year of the parade with activities that will include everyone, said parade chairwoman Joanne Lento Miller.

“The committee is organizing a fun-filled day for the whole family — mom, dad, grandma, grandpa and all the kids,” she said. “We will have something for everyone.”