Burbank On Parade is having its first Texas Hold’Em Poker Tournament fundraiser from 6 to 11 p.m. on Saturday, Nov. 8, at the Burbank Elks Club to support the annual April event. 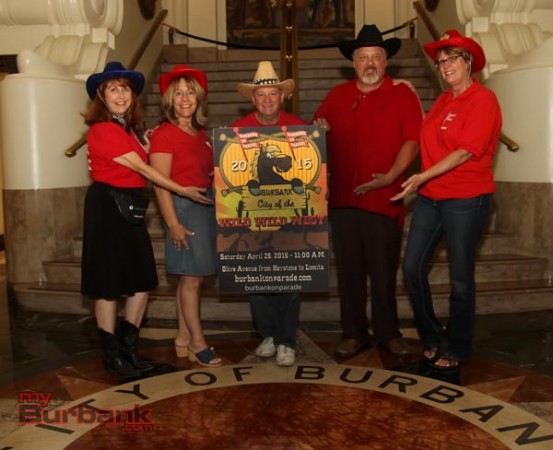 The poker night is the major fundraiser for the parade, said President Carey Briggs.

“The purpose of the event is to raise funds and awareness for Burbank On Parade,” he said.

The annual parade is April 25 and the theme is “Burbank — City of the Wild, Wild West!”

A poker tournament fits right in with the Western theme, Briggs added.

There will be a silent auction with such prizes as an African safari and sports and entertainment memorabilia and drawings for gift baskets.

“We are eagerly looking forward to this special event,” she said. “It is a new and extremely unique way for us to raise funds to produce our annual Burbank On Parade. We will be offering some fabulous prizes and opportunity baskets. The most exciting prize is JetBlue tickets valid for travel anywhere in the United States.”

The Elks will be grilling up hamburgers and hotdogs and there will be a no-host bar.

“If guests attend wearing a cowboy hat, they will receive a parade souvenir button,” Briggs said.

The buy-in to play is $75. To pre-register contact Cynde Bost at cyndebost@gmail.com or (818) 572-5273. Those who don’t play poker will be admitted free and can bid on the silent auction items and purchase drawing tickets as well as purchase food prepared by the Elks.

Volunteers are needed to help organize the parade. The next general meeting is at 6:30 p.m. Tuesday, Nov. 11, at the Burbank Historical Society Museum in Izay Park next door to the Creative Arts Center.