Lifelong Burbank resident and Police Lieutenant John Dilibert was honored at a retirement and going away party this last Thursday at the Burbank Police Department. 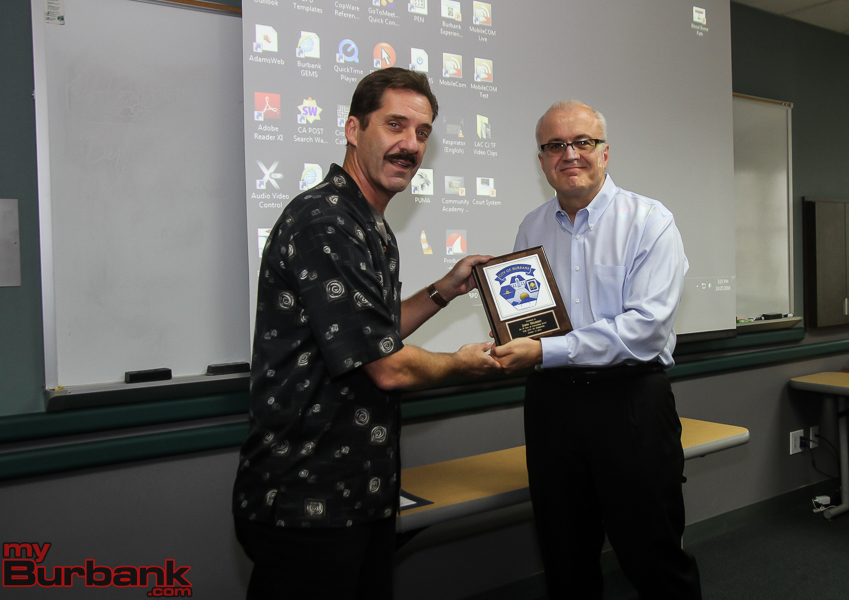 Dilibert who was hired as a Burbank Police Officer in October of 1987 graduated from Burbank High School in 1982 he went on to get his BS degree in Criminal Justice from Cal State LA in 2002, he continued his education and received a Masters in Public Administration from Cal State Northridge in 2004.

The retirement party held in the Police Departments mid level training room a frequent place for Dilibert in his years as a Lieutenant. Burbank City Manager Ron Davis gave Dilibert his retirement tile, and he was honored with a Certificate from Los Angeles Mayor Eric Garcetti for his partnership with the City of Los Angeles. 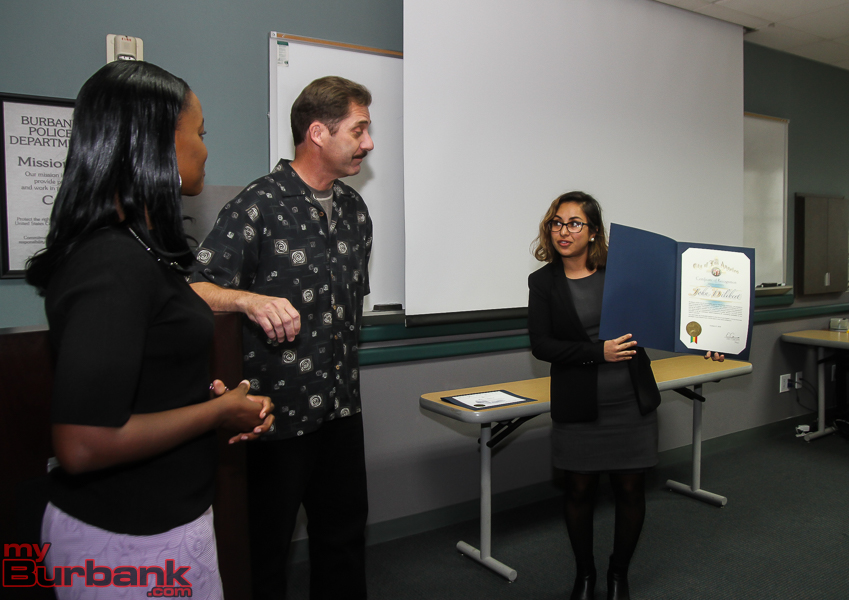 In his 29 years with the Burbank Police Department Dilibert worked the Mall Detail, Investigation Division, he was a Fraud and GTA investigator, a Sergeant, Media Relation and Internal Affairs. In 2003 he was assigned to the Communications Center, then moved on to the COPS Bureau, where he created the famous City Cable Cop show Street Beat.

John was active in the community where he served as a Interim Burbank School Board Member on two occasions, he also coached girls softball and was a mentor to several students past and present. 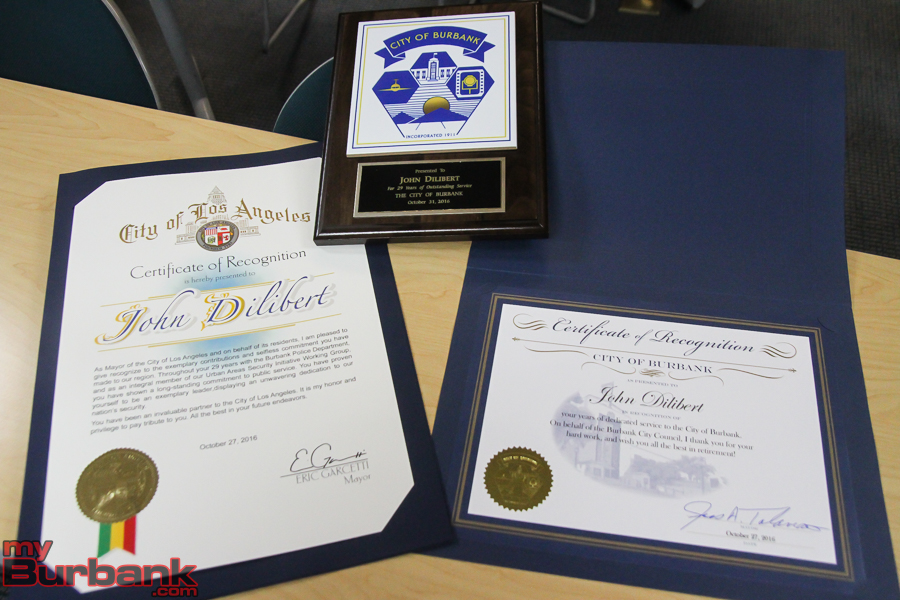 During the party a recorded audio farewell was broadcast on the Burbank Police Primary Communication Channel saying:  ‘On behalf of the entire Burbank Police Department, we thank you for your 29 years of service. Your expertise, personality, and passion for all things Burbank will be a tremendous loss to us all. We wish you and your wife, Patty, all the best as you retire from Burbank to begin the next phase of your life in Idaho.’