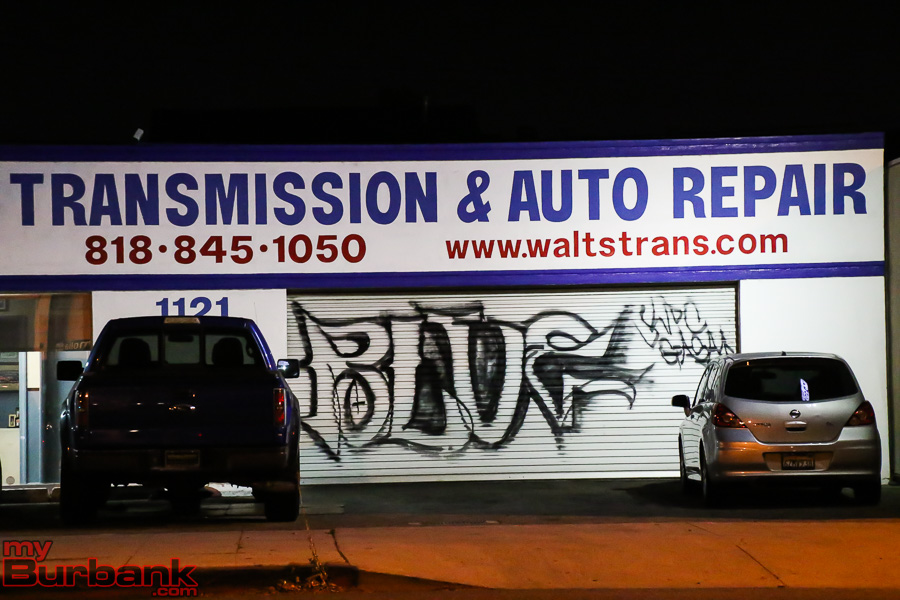 Burbank Police responded to a citizen call of a suspect spray-painting graffiti on a business in the 1100 block of West Magnolia Boulevard Wednesday afternoon, June 13.

When the first unit arrived on scene, the suspect took off running. With the aid of the Burbank air unit and several ground units they stopped the suspect a block away from the graffiti location. They also stopped a female companion of the suspect on the same block.

According to  Burbank Police Lieutenant Claudio Losacco, the police booked the alleged suspect, Eric Bailleaux, 22 years old of Sun Valley, for felony (graffiti) vandalism. When stopped by police, the suspect had in his possession vandalism tools. He was also booked for obstructing the police and possession of Alprazolam.

The female companion, 19-year-old Maria Guzman of North Hollywood, was detained and cited for possession of an open container of alcohol.