Officers were first called out for a hit and run that occurred at Angeleno Ave. and San Fernando Blvd. 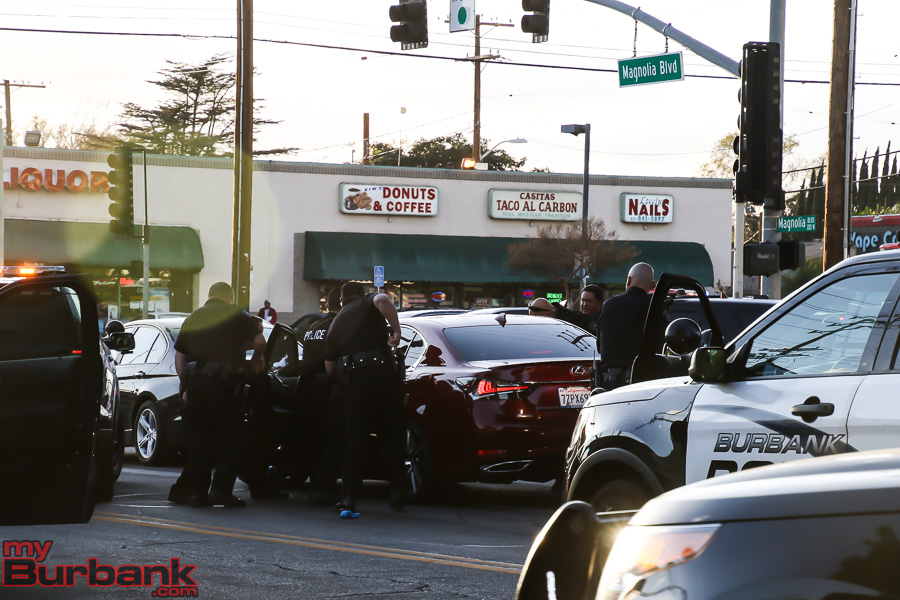 Burbank Police work to remove the driver identified as Eduardo Velarde, 49, of Van Nuys. ( Photo by © Ross A Benson)

When the first officer arrived, he saw the suspect’s vehicle (a red Lexus sedan) leaving the scene with a flat tire, according to Sergeant Derek Green of the Burbank Police Department. Officers attempted to stop the vehicle which failed to yield and they pursued it to Magnolia and Victory where the car colliding with an additional parked vehicle.

The driver of the vehicle stopped but refused to exit the car or follow commands given by the police officers and was uncooperative.  The officers were able to remove the driver from the vehicle and place him under arrest.

Police identified the driver as Eduardo Velarde, 49, of Van Nuys. Alcohol, drugs, or a combination of both are believed to be factors. The driver of the first hit and run victim vehicle suffered a minor injury. 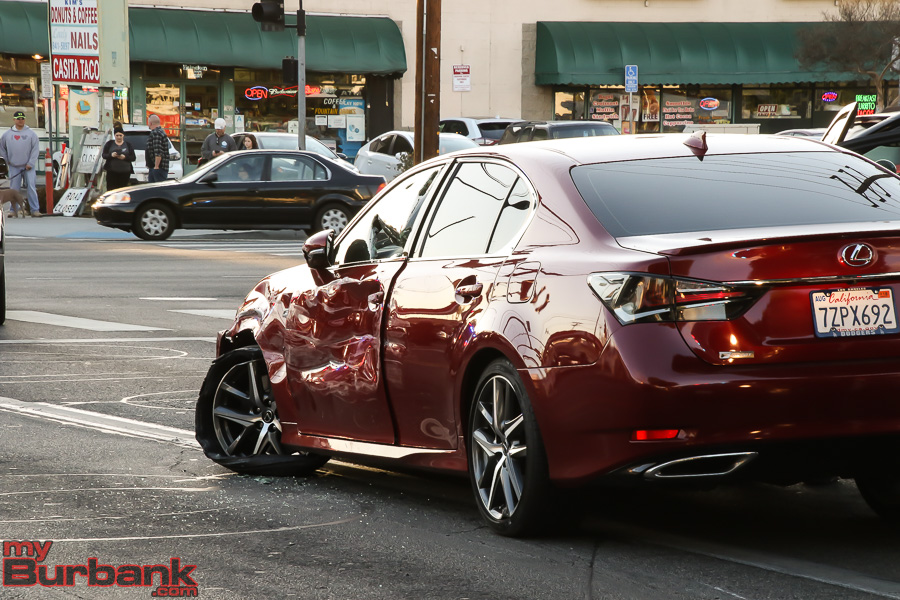 Velarde was booked for driving under the influence and being involved in a traffic collision which caused injury, evading police and resisting arrest.