Burbank Police have arrested a suspect in a stabbing that occurred in the the area of Orange Grove and Sunset Canyon. 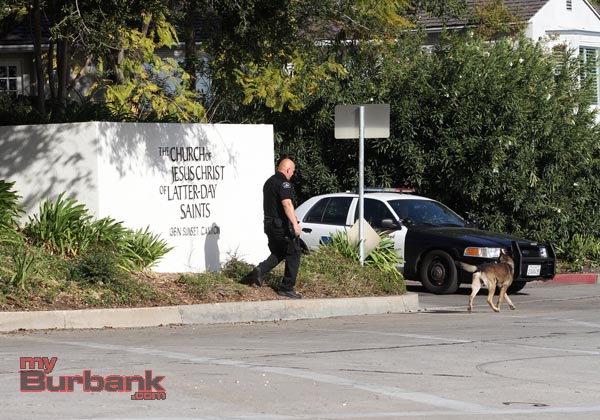 Burbank K-9 officer Joel Rodriguez, with his dog Kimo, look for possible evidence in the bushes near the parking lot of The Church of Later Day Saints, where two men were stabbed Saturday afternoon.( Photo by Ross A. Benson)

On Saturday, March 15, at approximately 3:50 p.m., Burbank Police received a 911 call regarding a stabbing that. Officers and fire department paramedic personnel arrived and located two male adult victims, both in their early 20’s, suffering from multiple stab wounds. Police determined that both victims were stabbed in the area of Orange Grove and Sunset Canyon.

The two victims were transported to local hospitals, both in serious condition. Both victims are expected to survive their wounds.

Police arrested Eric Petrossian (24) of Burbank on assault with a deadly weapon charges with bail set at $30,00.

There are no other suspects outstanding. 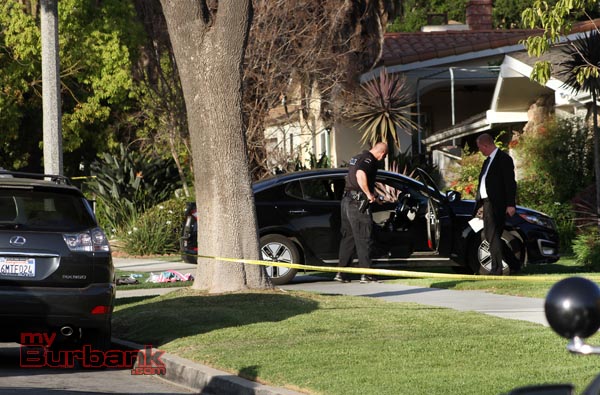 Burbank Police Officers and Detectives look at the car where two males drove in after being stabbed on Sunset Canyon and Orange Grove Ave in the parking lot of The Church of Later Day Saints. The two drove to the 1100 block of Angeleno Avenue were police and paramedics were called to help. ( Photo by Ross A. Benson)