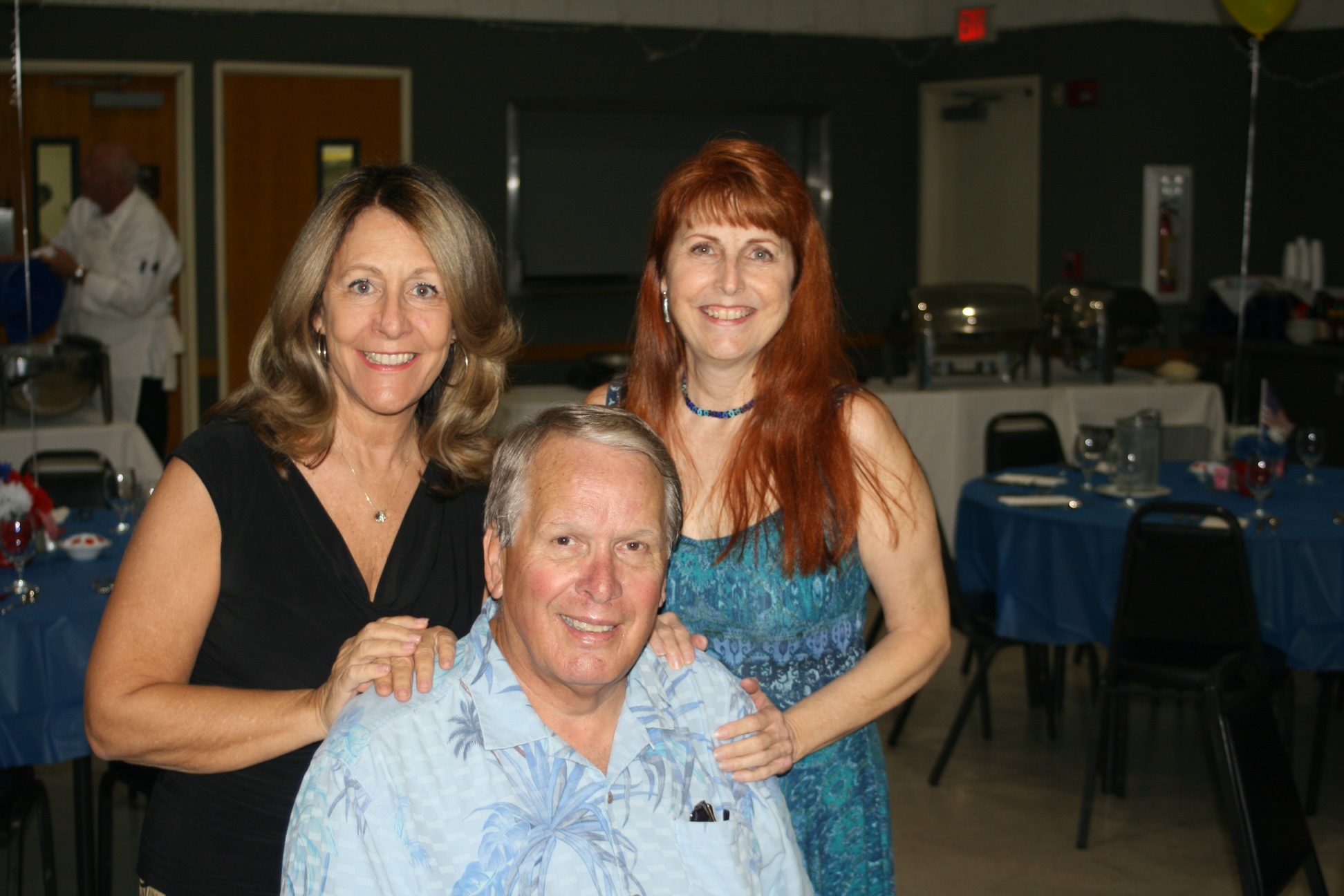 The event is organized by the band’s former director Bill Kuzma and former majorette Joanne Lento Miller with help from Joyce Rudolph, who was never a member but marched two years in the Burbank High School drill team. The trio are part of the Burbank Burroughs Alumni Band and Drill Team that marches each year in Burbank On Parade.

Kuzma put together a slide show chronicling the band’s history since its inception in 1953 that follows its evolution into the Burbank Police Youth Band. Accompanying the slide show is music the band recorded at many of its anniversary concerts.

Selections range from traditional marches to contemporary songs like “The Stripper” and “Tommy,” from Peter Townshend’s rock opera of the same name and, of course, the band’s signature piece, “South Rampart Street Parade,” arranged especially for the band by trumpeter Art DePew, who was a member of the Lawrence Welk Orchestra. 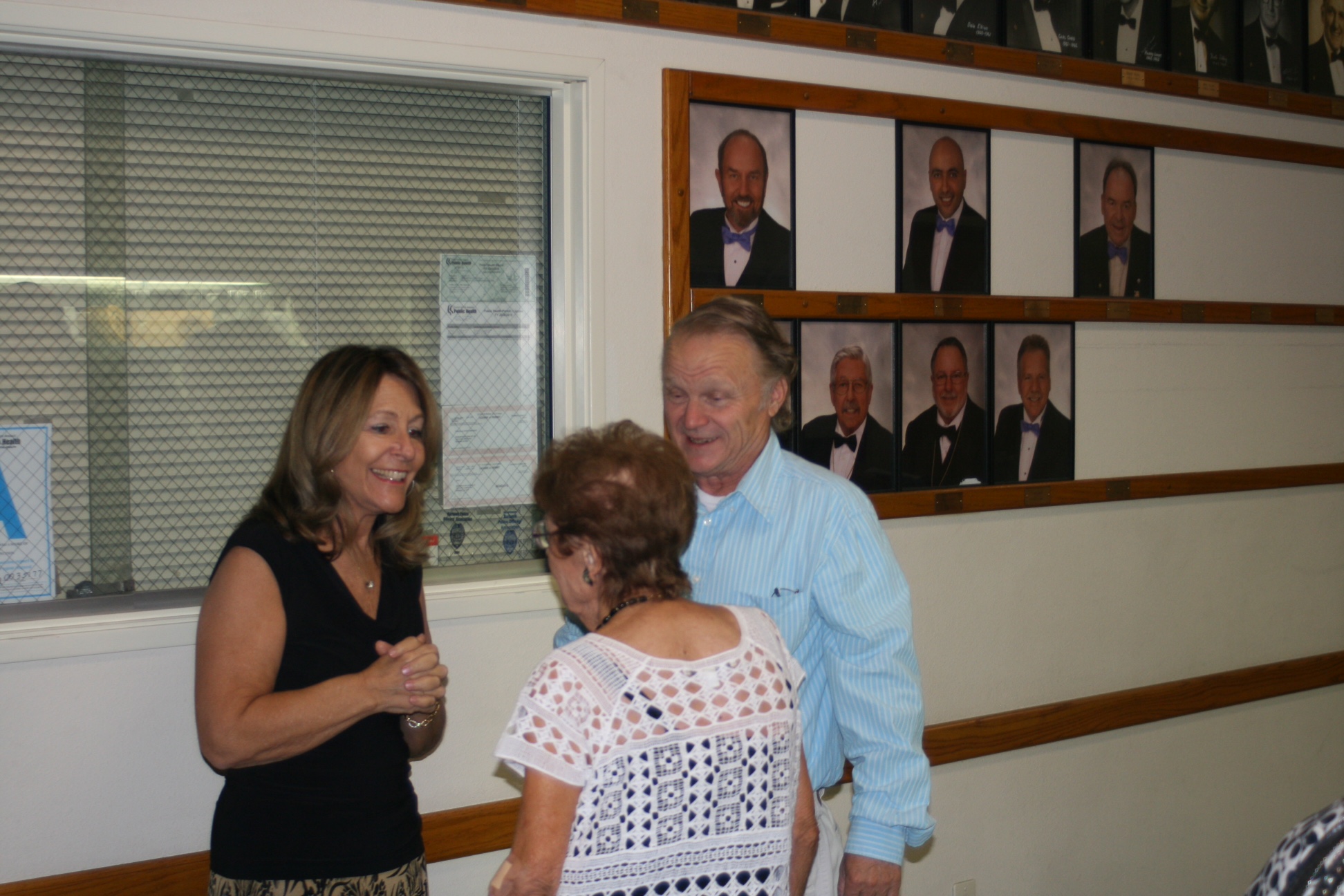 Special guests attending were Gerry White, whose husband, the late Morgan White, was a co-founder and director of the band; and Ruth Grossnickle, who chaperoned many band trips.

“It was nice to see new faces at this year’s reunion and everyone appeared to have a great time talking and then playing our signature song ‘South Rampart Street Parade’,” Kuzma said.

There is a family-type unity and camaraderie that still bind the members after all these years, Miller said.

“Some of the band members come from great distances to share this special evening with us,” she said.

Rich Dean, who met his wife, Edna MacFarland Dean, in the band, didn’t want to miss the reunion. Although they received late notice of the party, they flew in from Texas for it.

Plans are to have another reunion the same weekend as next year’s Burbank On Parade, Miller said.

“We look forward to our next reunion in which we’ll be celebrating Gerry White and Ruth Grossnickle’s 90th birthdays,” she said. 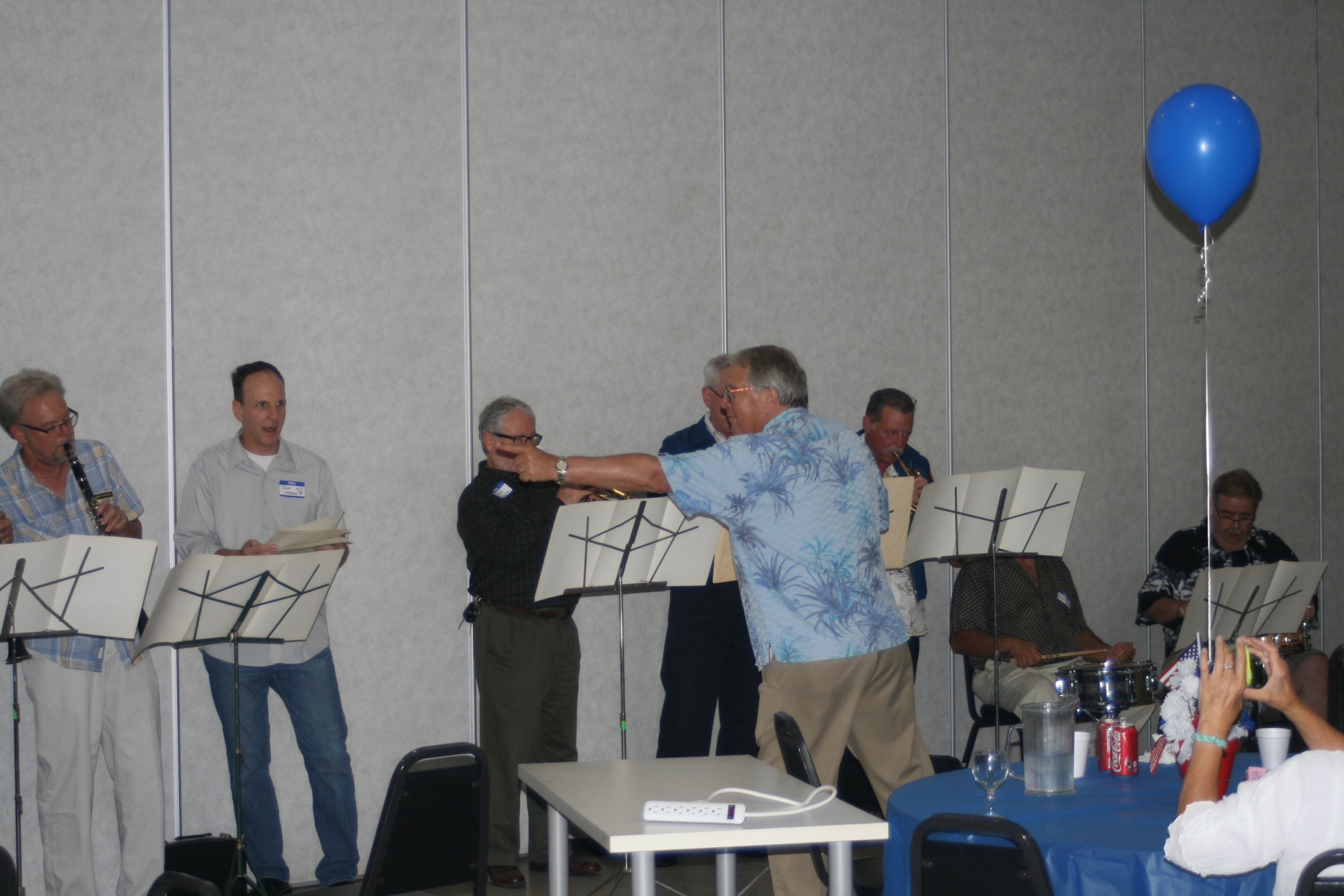 The evening began with everyone introducing themselves and some people relaying stories from band trips, band camp at Bellows Lodge and parades.

In the mid-1960s Rick Chandler took what he had learned in the band and applied it to his service in the military, he said. He served in Vietnam.

Chandler added that belonging to the band shaped members and made them better people.

Another member recalled that even with the amount of goofing around before a parade or performance, when band members fell into formation, everyone took competing very seriously. Probably the reason they took home so many sweepstakes trophies.