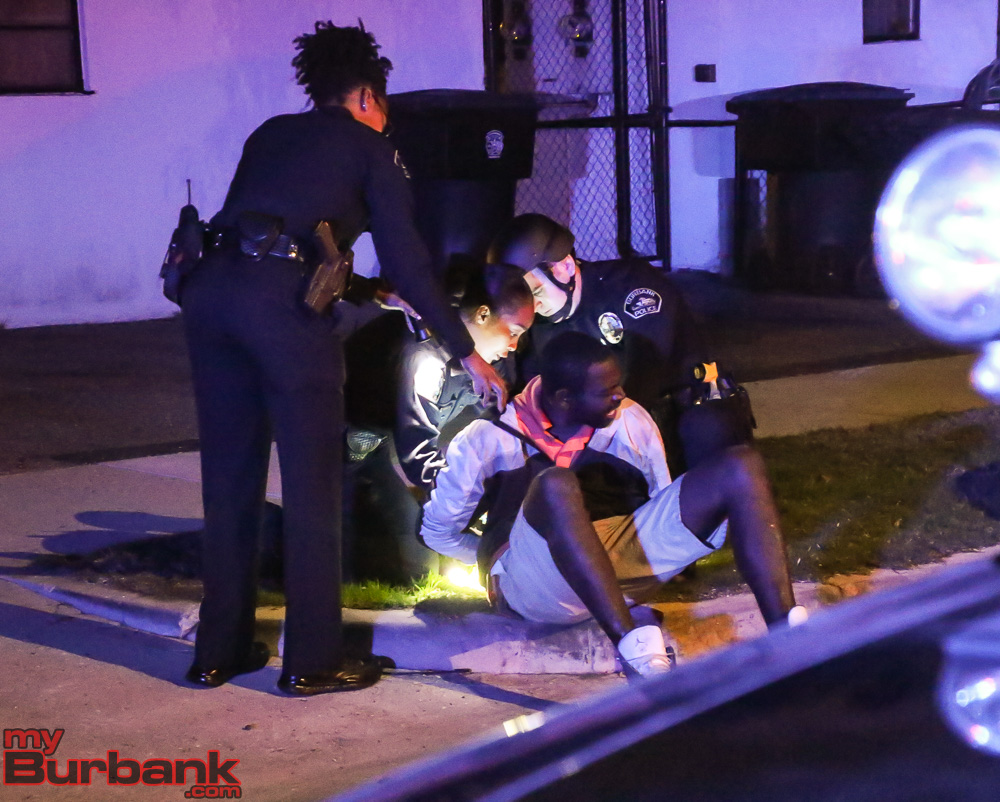 Burbank police had a busy Sunday as they responded to a couple of burglary calls.

The suspect was placed under arrest and identified as Haybert Davoudian, a 27-year-old man from Glendale, California.  At the time of his arrest, Davoudian was on parole for burglary. He was booked for residential burglary and remains in-custody on a California Department of Corrections Parole Hold

About four hours later, around 7:40 pm, a resident reported seeing a male in his side yard, between homes, in the 1400 block of North Frederic St.  Burbank Police responded to the area and saw the subject.  They attempted to contact him, but he took off, jumping over fences and walls from house to house.

Another report was received from a resident in the 1600 block of North Frederic St. that the suspect had opened a screen door to a rear bedroom and was pulling on the door handle in an apparent attempt to gain entry.

Air support and a K-9 arrived and assisted in establishing a perimeter.  Several announcements were made before a search team was deployed.  During the search, the suspect was found hiding behind a gate on a residential property in the 1600 block of North Naomi St.  The suspect complied with orders from Police Officers and was taken into custody.

The suspect has been identified as Evan Crevecoeur, a 31-year-old transient from the North Hollywood area.

Crevecoeur is suspected of committing a theft earlier at a nearby CVS store.  He was booked for attempted burglary, trespassing, and delaying/obstructing a police officer.  At the time of his arrest, Crevecoeur was on probation for grand theft.  He is currently being held on $50,000 bail and was due in Burbank court Tuesday.