The Burbank Police Department was dispatched to a ‘Field Emergency’ of a business burglary in progress at the Target Store in the Empire Center Tuesday afternoon. As several Burbank police officers were responding, one officer got involved in an auto accident on Buena Vista Street north of Victory Blvd. 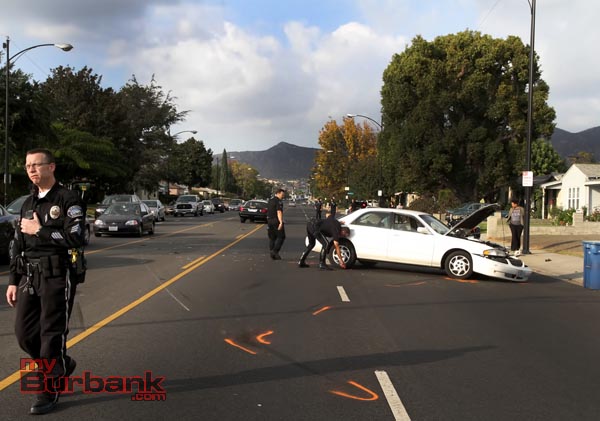 The police car involved and the other auto blocked all the northbound lanes while Burbank traffic units investigated the scene.

Burbank Fire Department paramedics were summoned to the scene as a precaution, but all parties involved did not need to be transported by them.

Per standard City and Burbank Police Department policy, the officer involved was taken to St. Joseph Providence Medical Center to be checked out. 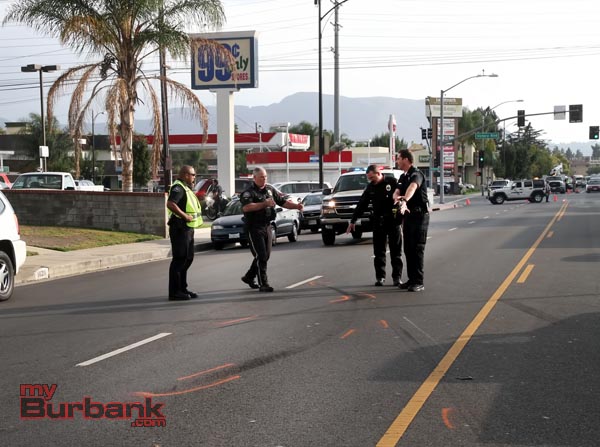 The Police Department will investigate the incident and it is the department policy not to release the officer’s name involved.

All lanes were cleared after the cars were removed and the field investigation completed. 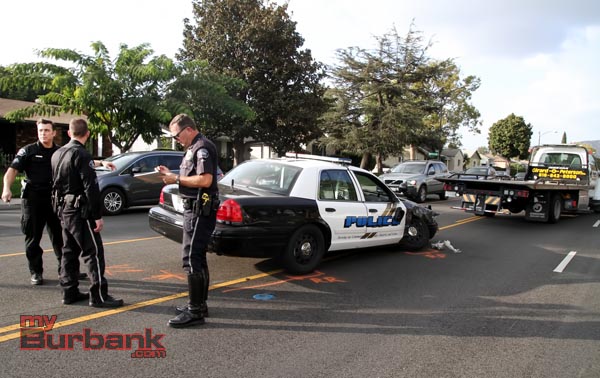