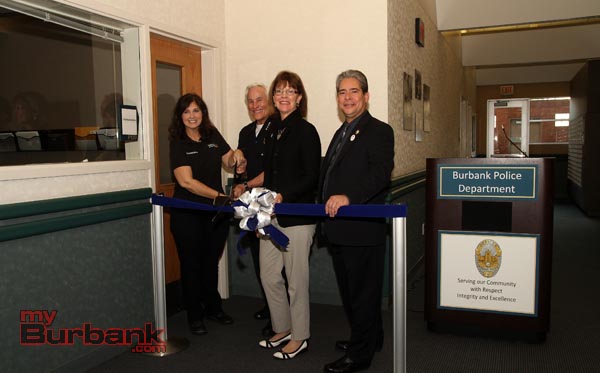 LaChasse introduced Captain Ron Caruso, who is the Police Captain of Support Services in which the Communication Center falls under. Caruso thanked city departments along with vendors who made the upgrade quickly and effetely.

The new center was rebuilt in approximately six weeks from start to finish.  Stripped down from floor to ceiling, the new center was equipped with all new furniture, work stations and equipment installed.

The project used grants from a 911 tax that is collected  on taxpayer”s phone bill and other state issued funds.

The communication center is the epicenter of every call that comes into The Burbank Police Department. The communications operators that staff the center dispatch emergency and non emergency calls 24 hours a day, 365 days of the year.