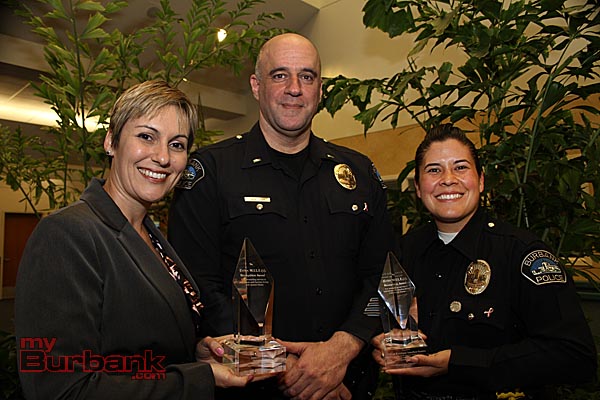 They were presented with the 2014 Extra MILES recognition award at Pacific Clinics’ 23rd Annual MILES Conference, “Bullying: From Awareness to Action,” on October 21, 2014. They were also honored on Wednesday at the 28th Annual Productivity and Quality Awards held at the Dorothy Chandler Pavilion.

The MILES (Mental Illness and Law Enforcement Systems) coalition, led by Pacific Clinics, has worked together since 1991. Other coalition partners include the San Gabriel Valley Police Chiefs’ Association and the Los Angeles County Sheriff’s Department. MILES recognition awards are presented to individuals and programs that go the extra mile to improve the quality of service to this vulnerable population.

Four years ago, the Burbank Police Department created the Mental Evaluation Team (MET) team to respond to a significant increase in mental health-related calls for service. In fact, the number of calls has increased by 91% in less than two years. 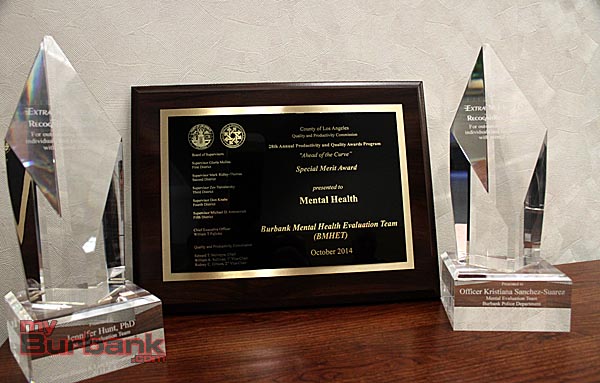 Last spring, the Burbank Police Department’s MET team responded to a call from a Burbank middle school resource officer about a possible suicide pact between two 13-year old students. Their interviews with the students also exposed another troubled youth and a female student bully.

The two students kept a graphic journal illustrating their planned suicide pact. They both had troubled home lives. One student told the team about their plan to die in a suicide pact by drug overdose. He had been kicked out of school for repeated violations and had staged a suicide at home a month earlier.

The other student had been sexually abused by a family member. She also told the team about another student who cuts herself frequently and often talks about suicide. This student’s social media account was suspended by the provider for posting pictures of her cuts online. During her interview, she told the MET team that she was sexually harassed by a female student bully. All three students were sent to psychiatric hospitals for assessment.

Unlike thousands of other teenagers, these students were fortunate enough that someone noticed their situation and contacted the Burbank Police MET for assistance. 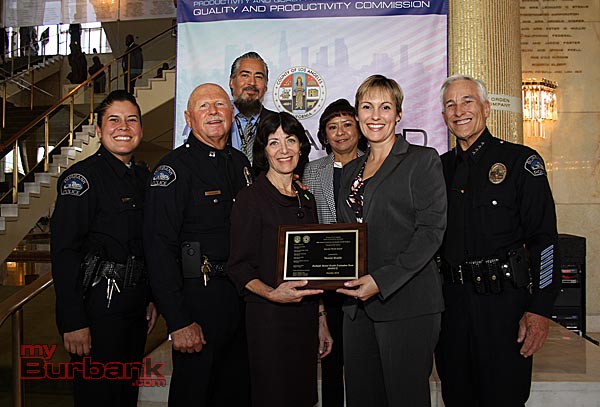