Burbank Police were called to The Chevron Gas Station at Alameda & San Fernando at 2:05 AM to check on the well being of a male in a car unresponsive next to the gas pumps. When officers arrived they found a male in the drivers seat who was passed out or was asleep, he had what appeared to be a handgun sitting in his lap. The officers backed off and called for additional resources.

Once the additional officers arrived they looked at the situation and rolled their armored vehicle The BearCat for officer’s protection. The officers used their public address system and got the suspect to comply with raising his hands and exiting the car. 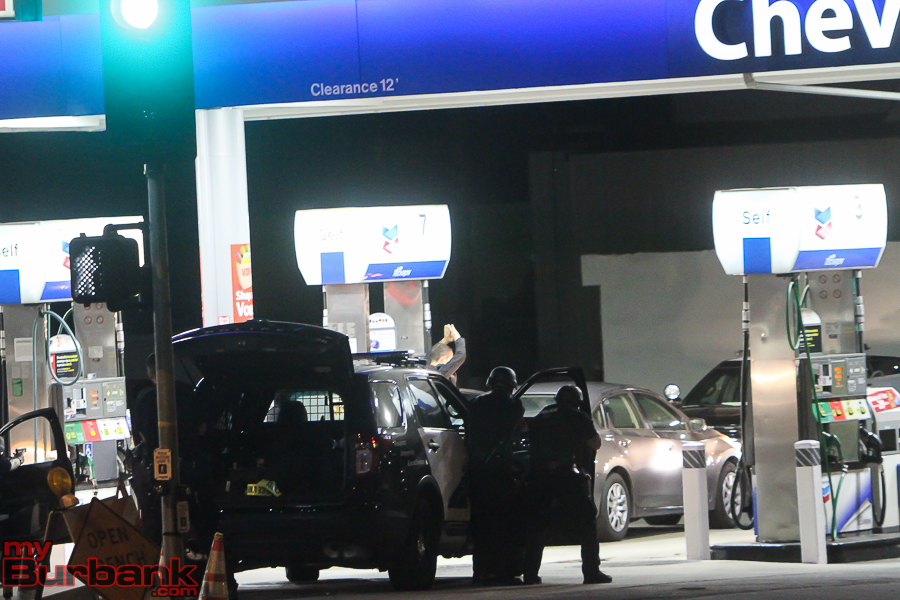 Once the officers took the suspect into custody they cleared the car including the trunk of any additional suspects.

Burbank Police took the weapon into possession and also drug paraphernalia  found on the driver.

The driver was being booked for DUI and other paraphernalia charges. The car was impounded. 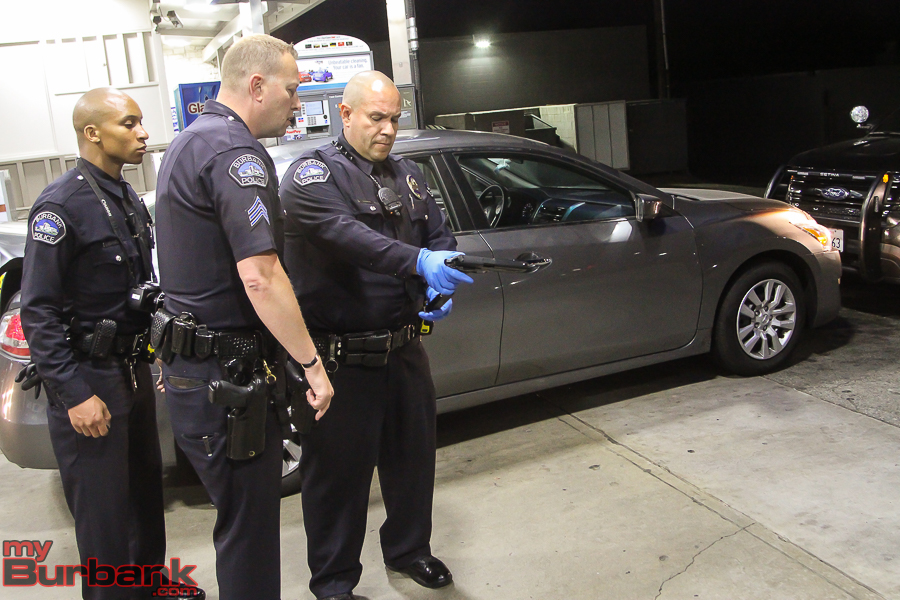