The 2013 Southern California Law Enforcement Torch Run involves more than 2,000 officers carrying the torch more than 500 miles through more than 150 communities. In a continuing commitment to support the torch run, Burbank Police Sergeant Scott Meadows brought together both sworn and civilian personnel for this year’s 4.3 mile run through Burbank. 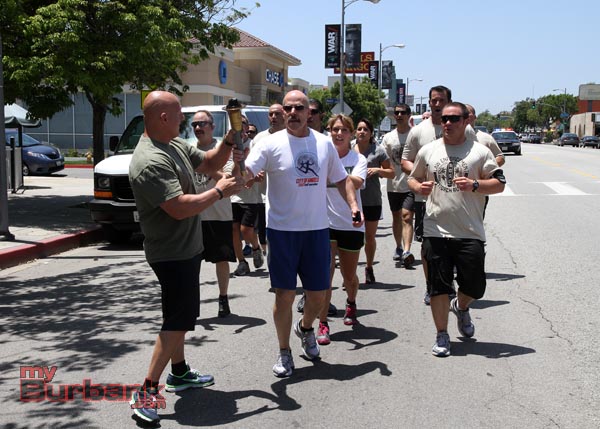 Burbank’s Police Department received the torch from the Los Angeles Police Department-North Hollywood Division, at Riverside and Clybourn and were joined there by Olympians Matthew Raymundi and Fred Orr.  The Olympians ran with police for portions of the 4.3 mile course.  The group ran up Riverside to Olive, continued up Olive, over the I-5 freeway to San Fernando, turned onto Orange Grove, and stopped at the police station for a few photographs.

A number of Burbank Police personnel that were in the station stepped outside to greet the runners, as they took a much needed water break. 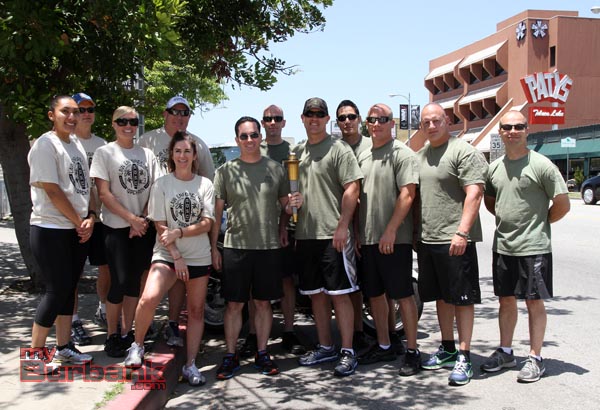 Burbank runners handed off the torch to our neighboring Glendale Police Department, at Glenoaks and Alameda, and wished them well for their portion of the Torch Relay.

In addition,were members of the Traffic Bureau, who assisted with traffic control to create a safe running lane for the runners throughout the course: 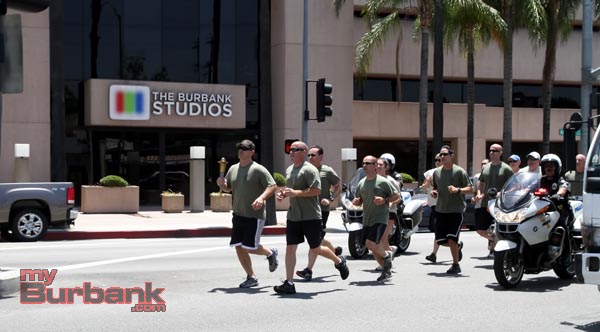