On Thursday Burbank leadership, residents, business people, and friends gathered at the Pickwick Gardens to celebrate the dedication and accomplishments of Burbank Police Department and our citizens at the 4th Annual Burbank Police Awards Luncheon.  The event, well-attended by both law enforcement and the community, is hosted by the Burbank Police Foundation.

Burbank Police Chief Scott LaChasse emphasized that “all officers are exceptional and get the job done,” there are some notable achievements by both on and off-duty police officers, as well as community members which deserved special recognition at the event. 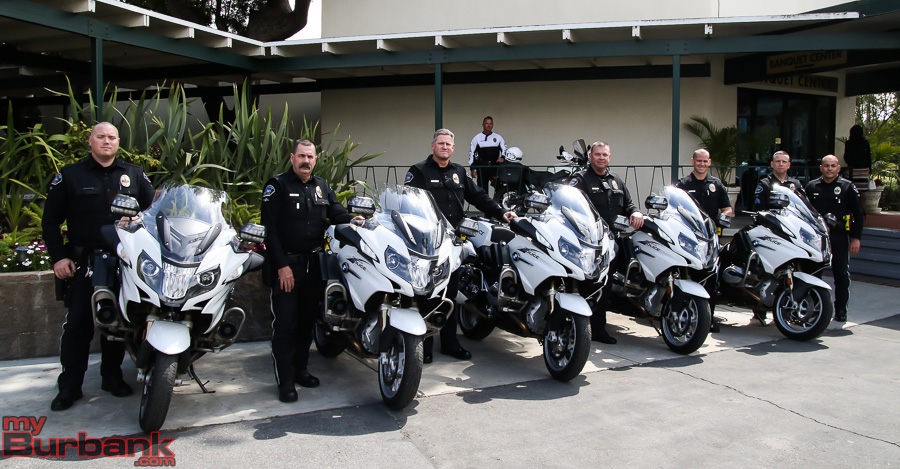 Chief LaChasse further set the stage for the awards presentation by noting that citizen involvement with the Law Enforcement community is reinforced by groups such as the Community (Police) Academy, engaging individuals to familiarize themselves with a variety of topics related to policing, ethics, rule of law, and open up opportunities for volunteers to assist the police in the police station.

The ceremony was briefly disrupted news of Burbank Mayor Will Rogers’ passing. Following a moment of silence, the luncheon continued with soft side conversations celebrating his life and remembering the fun, light-hearted memories showing the love all Burbankers felt for our mayor and friend.

The awards were given in 6 separate categories, including:

In addition, recognition was given to Burbank Police Department Volunteers who gave freely to the police and community.

While all awards were given based on very compelling and inspiring acts of valor and commitment to the safety of our citizens, several stood out.

On 5 January 2017, Sgt. Cindy Guillen and Detective Joshua Kendrick responded to a call that a distressed individual was threatening to jump from an overpass on Interstate 5 at Olive Ave. in Burbank. Sgt. Guillen and Det. Kendrick coordinated a quick response with both Burbank Police, the California Highway Patrol, and other agencies to secure the freeway and halt traffic, while keeping contact with the individual. The gentleman finally chose life, encouraged by the humanity and negotiation skills provided by the officers.  A human life saved.

In Jan 2018 Miguel Vasconcellos noticed a suspicious car in his driveway.  Vasconcellos called the police, who responded and captured a criminal responsible for several robberies in the area.  Citizen awareness and engagement resulted in taking a criminal off the streets and making our Burbank community a safer and better place to live.

Volunteer of the Year

Elaine Stevens is a 2013 graduate of the Community Academy.  Since joining the ranks of Burbank Police Volunteers, she has served in several positions, most notably in 2017 when she took on the task of enhancing department reports, adding sophisticated analytics, performance measurements and management to improve decision making at all levels of the department.  To accomplish this enormous achievement, Ms. Stevens logged more than 1200 volunteer hours during the year.

Non-Sworn Employee of the Year

Forensic Specialist Carly Lott joined the Burbank Police in 2002 as a Police Technician. Since then Ms. Lott has continued her education, developing exceptional skills in forensic sciences, with a concentration on finger printing and biometrics.  Her dedication to master the field of finger printing and biometrics has landed her the esteem of her peers as a critical member of the department’s forensic team, and the Non-Sworn Employee of the Year.

Officer of the Year

Officer Dan Turpin joined the department in 1993, distinguishing himself in a variety of roles within the department.  However, he has made his name as a leader and teacher in the Motor unit of the department. Officer Turpin “leads by example,” introducing innovative and challenging ways to improve skills within the motor units operated by the Burbank Police Traffic Bureau.  The result is a safer community, better officer safety, and better agility in enforcing laws.  Officer Turpin will retire in 8 months after a distinguished career with the Police Department and an esteemed member of our community.

The Burbank Police Foundation, sponsor and host of the Awards Luncheon, has the mission to “cultivate a solid partnership between the Burbank Police Department and the residents, businesses, and institutions it serves in order to enrich the community of Burbank and to enhance police services.”

The following lists all awards presented during the event:

Volunteer of the Year Award

Non-Sworn Employee of the Year

Officer of the Year