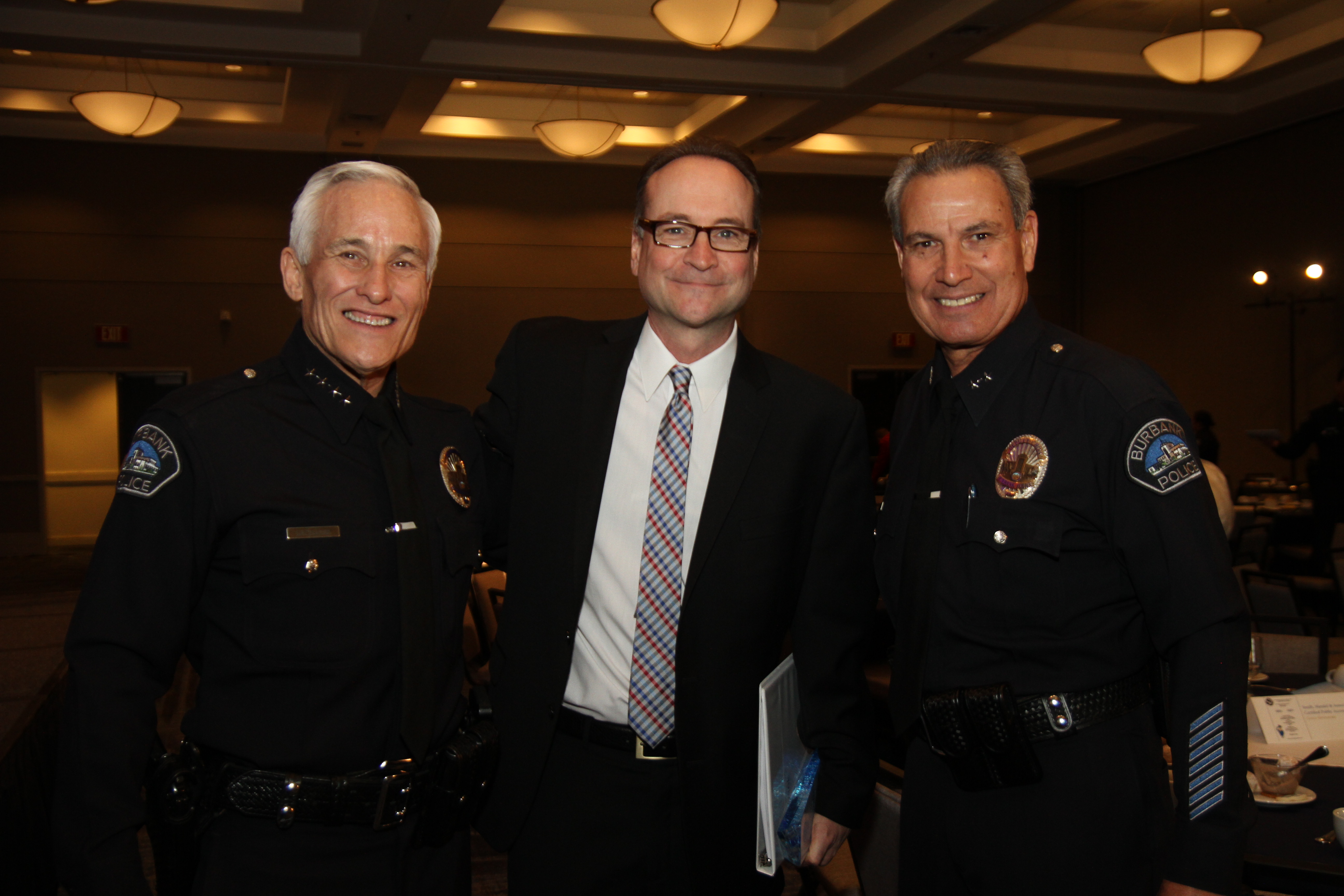 Take the example of Lt. Jay Hawver, who in October 2012 was leading a motorcycle training mission in the Los Padres National Forest. According to the citation, Lt. Hawver was flagged down by a motorist who explained a cyclist had crashed and fallen off the road into a steep ravine.

Lt. Hawver, a certified EMT, rushed into action climbing into the steep and rocky ravine to provide assistance to the downed rider. Lt. Hawver located the man on an unstable outcropping of loose rocks, and provided first aid while awaiting emergency response from Ventura County Sheriffs, and continuing to aid the victim until he was secured and air lifted to a nearby hospital.

For his actions Lt. Hawver was awarded the Police Star

Local radio personality Tim Conway Jr. stepped back from his comedic roots and and took on the role of Master of Ceremonies for the event. Conway delivered descriptions of each officer and civilian action with reverence, including a story of heroism in the face of great personal risk.

On December 29th, 2014 an urgent call went out for a residential fire on So. Griffith Park Drive. Detective Brent Fekety was first on the scene, and was informed by a neighbor that an elderly person was likely still inside the residence.

Det. Fekety determined he needed to enter the residence, and forced the door open. He then got on his hands and knees, worked his way through the smoke and fire, located the victim, and dragged him out of the house.

Had Det. Fekety waited the man would have died. Without concern for his own safety, Det. Fekety ran towards danger, and now has the life long honor of having saved a human life. For this action he was awarded the Police Star.

Burbank Police Chief Scott LaChasse believes a community grows stronger, and safer, when there is a good sense of partnership between the citizens and the police.  The police also are aware “of the selfless actions of citizens,” noted Chief LaChasse. Of several compelling civilian actions, perhaps the one which highlights citizen engagement and empathy for fellow community members is the story of Mr. Robin Madrigal.

On November 27th, 2014, Madrigal noticed a young woman possibly preparing to commit suicide by jumping off a freeway overpass n Burbank. The easy thing to do would have been to call 911 and then stand back and wait for emergency response. However, sensing an urgency in the woman’s condition, Madrigal approached the woman, gained her confidence, and kept her talking until the police arrived and were able to secure her safety. For his actions Madrigal was presented the Citizens Award.

The three actions described above were only a sample of the accomplishments and acts of courage, persistence, professionalism, and simply quick thinking by police officers and members of the Burbank community team. The Burbank Police Foundation and Burbank police Department would like to honor all award recipients as listed:

Hastings emphasized this will be the first of many more activities bringing the police and community closer together. “Burbank is second to none in local communities, and the safe, healthy community is a primary reason why people come to live in the city” said Hastings. The Police Foundation and Burbank Police Department will continue to boost their presence, create more community touch points, and “bring the community together as partners.”

Congratulations to all award winners